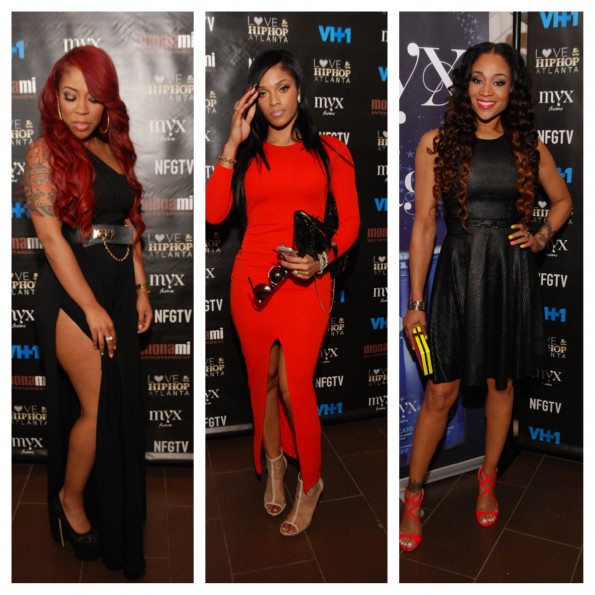 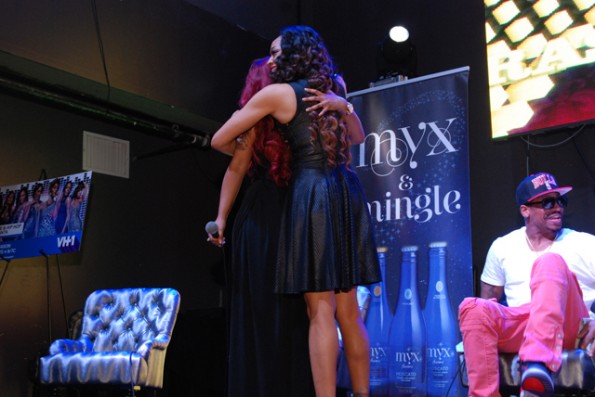 Nope, your eyes have not mistaken you! Part of the Love & Hip Hop Atlanta cast ended their week off non-stop appearances (promoting season two), with a bang in NYC. Of course, we were on hand, slightly snooping and ear hustlin’ on what was going on behind-the-scenes, backstage of the event. 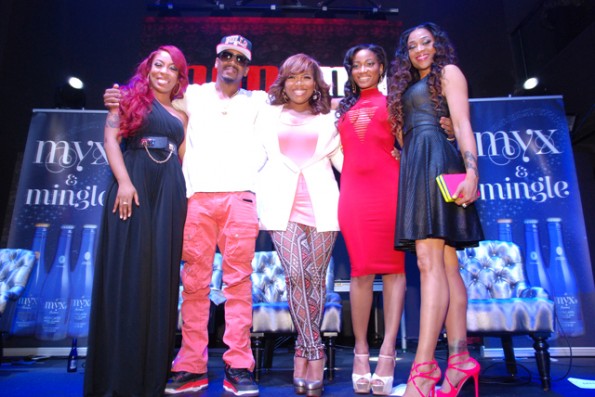 First, the feud has officially ended between Mimi Faust and K.Michelle. As you’ll recall, during filming, we broke the story that the two got into a HEATED exchange backstage at one of K’s concert. The evening took a turn for the worse, when K hit Mimi with flowers. But apparently, that was so last year. During the Q&A session last night, they embraced on stage, both admitting that they missed their friendship. There was also some apparent tension between Joseline and Stevie J. Why you ask? Mimi was rockin’ an expensive pair of designer shoes, that were purchased by none-other-than Stevie J, her ex-boyfriend/baby daddy. This was revealed on stage and Joseline was none too pleased. At one point, she apparently exited stage left, mid-event (which may explain why she looks a bit annoyed in some of the photos). Lastly, if you’re wondering why we haven’t seen much of Lil Scrappy these days (he also missed the Atlanta premiere event), it’s because he’s had to turn himself in, because of a probation violation. K.Michelle also ripped popular blog Bossip, a new one, for some unflattering coverage of herself. Anywho, in addition to part of the cast in the building (Stevie J, Joseline Hernandez, K.Michelle, Mimi Faust and Erica Dixon), other current and ex reality stars were present like Emily B, Yandy Smith, and the cast of VH1’s ‘Gossip Game’. Peep the pix! 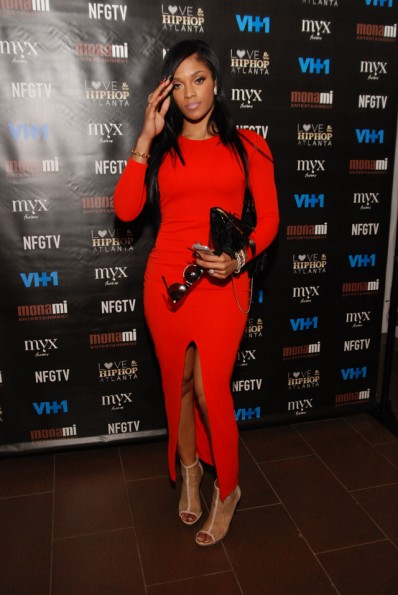 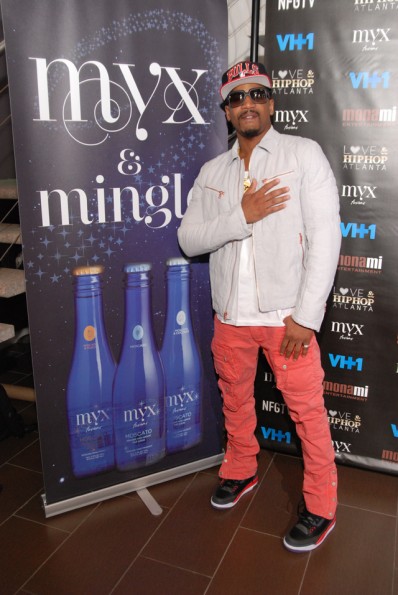 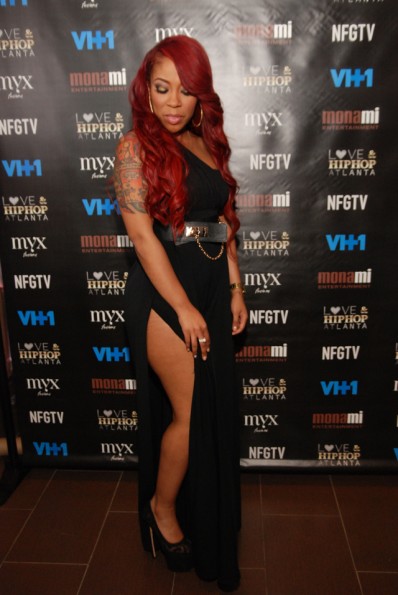 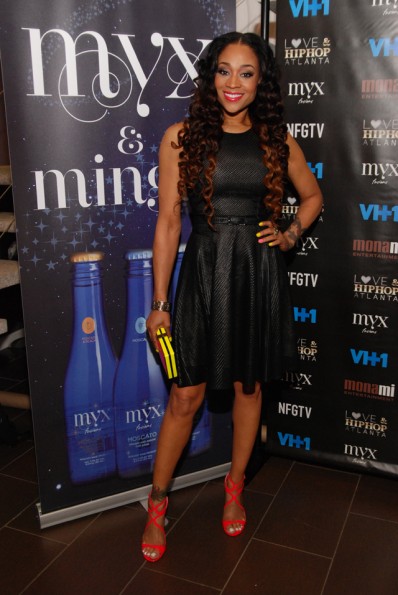 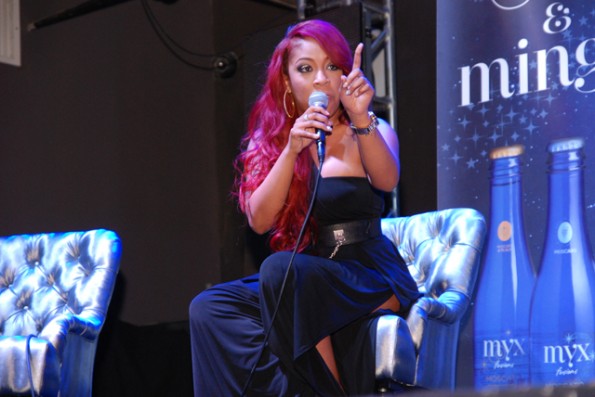 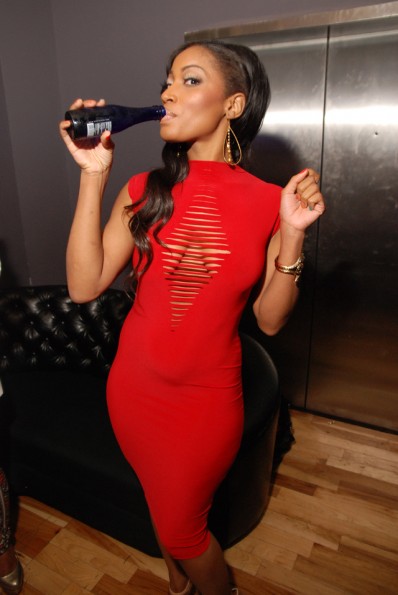 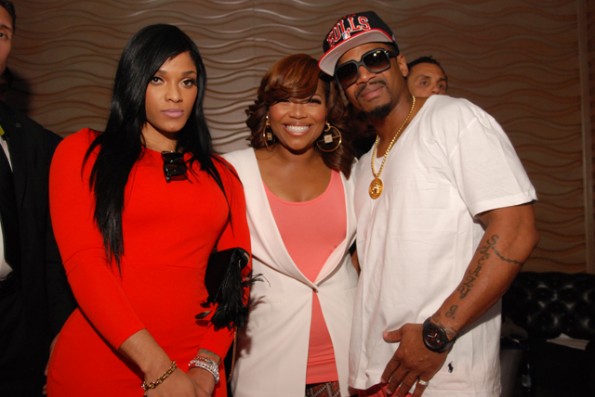 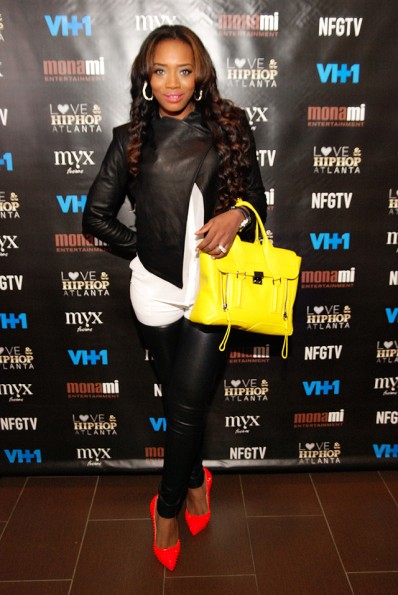 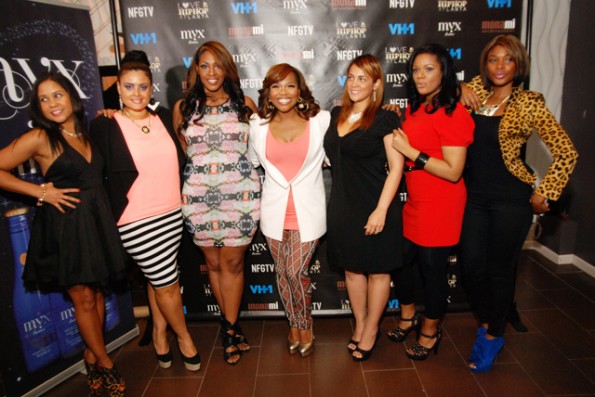 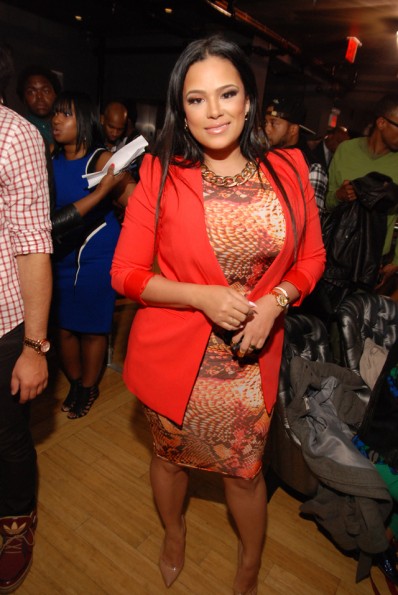 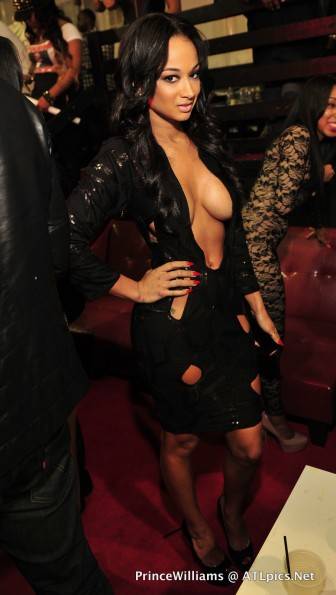 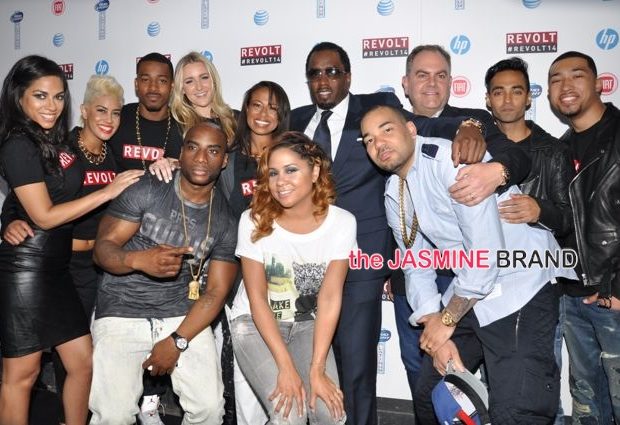 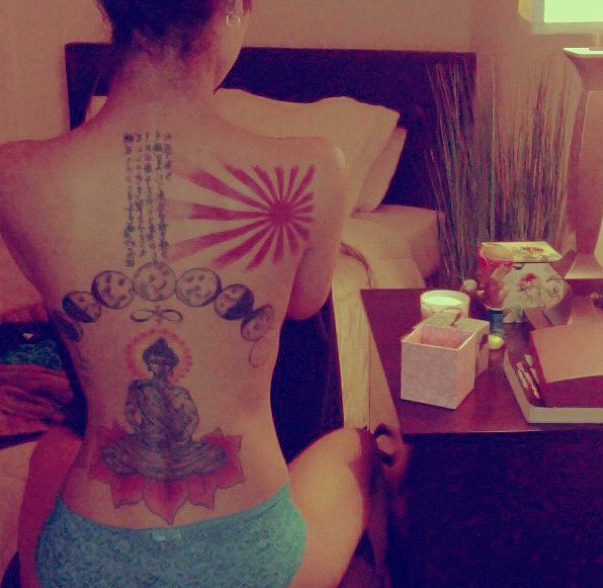 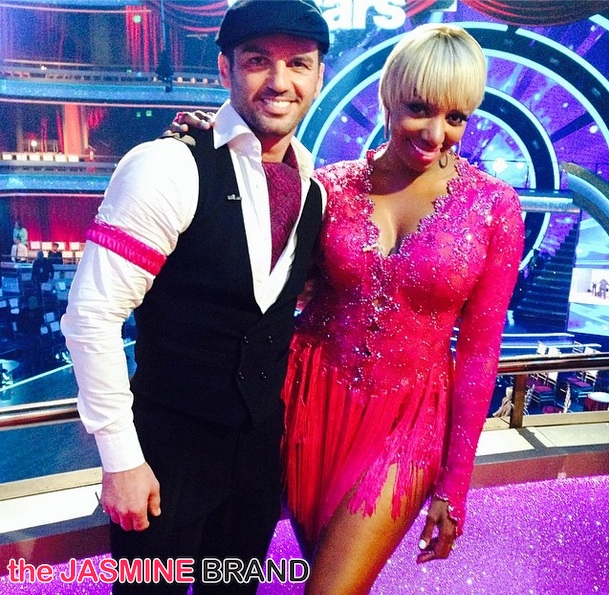 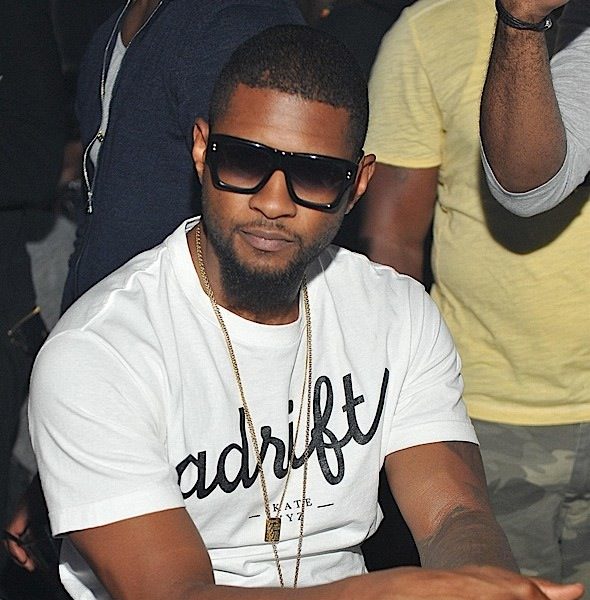 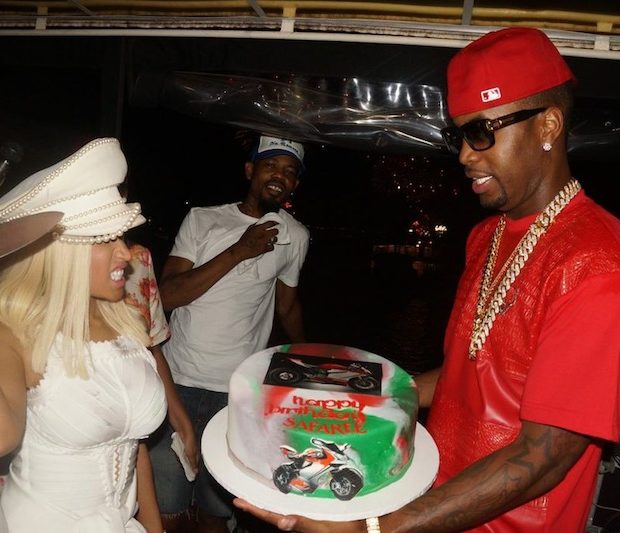 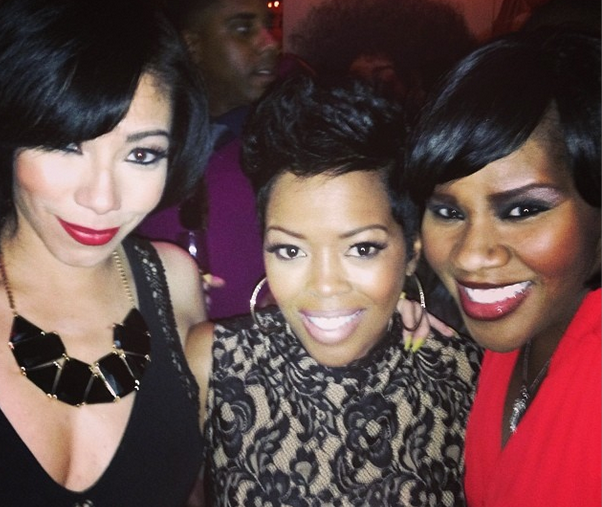 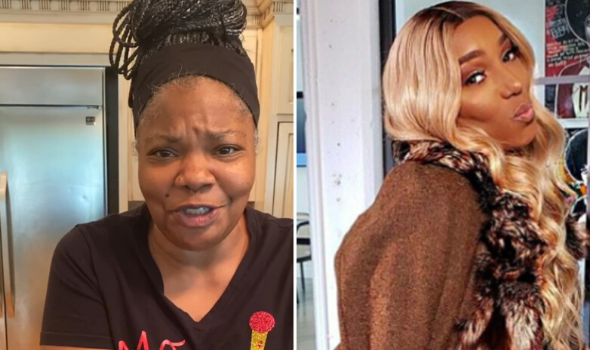