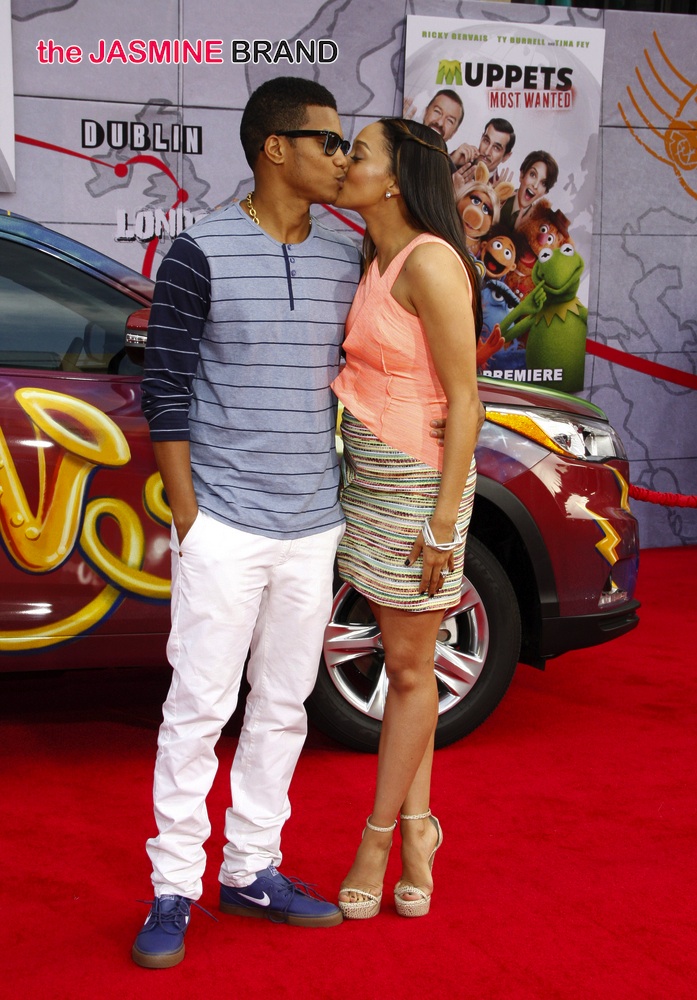 After six years of marital bliss (the couple married in 2008) and one child (Cree), these two apparently can’t get enough of each other. We caught Cory Hardrict and his wife, Tia Mowry, stealing a kiss on the red carpet at the Muppets Most Wanted movie premiere in Los Angeles. 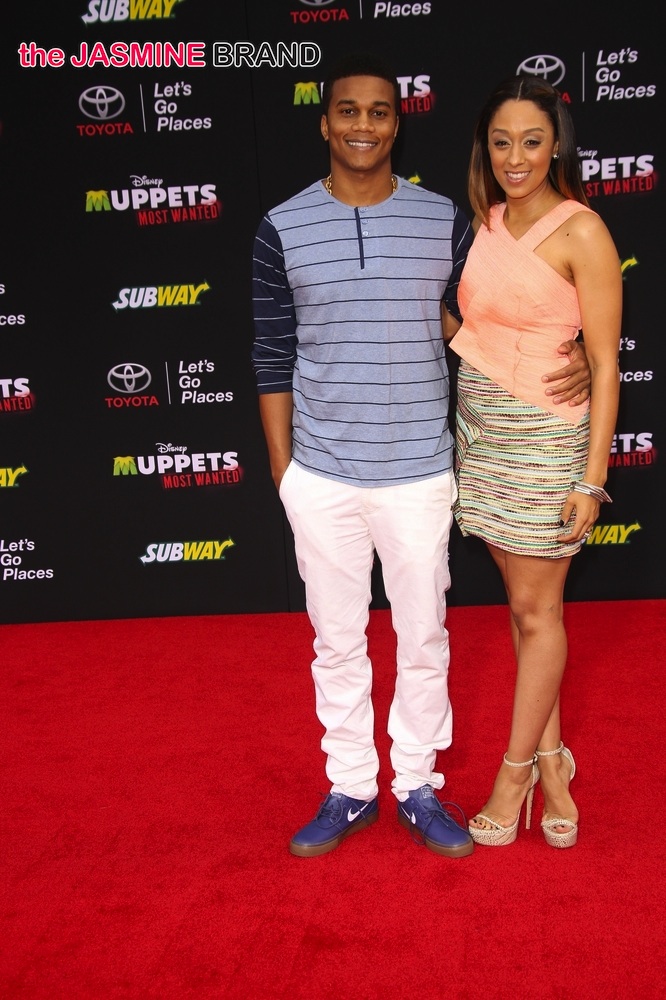 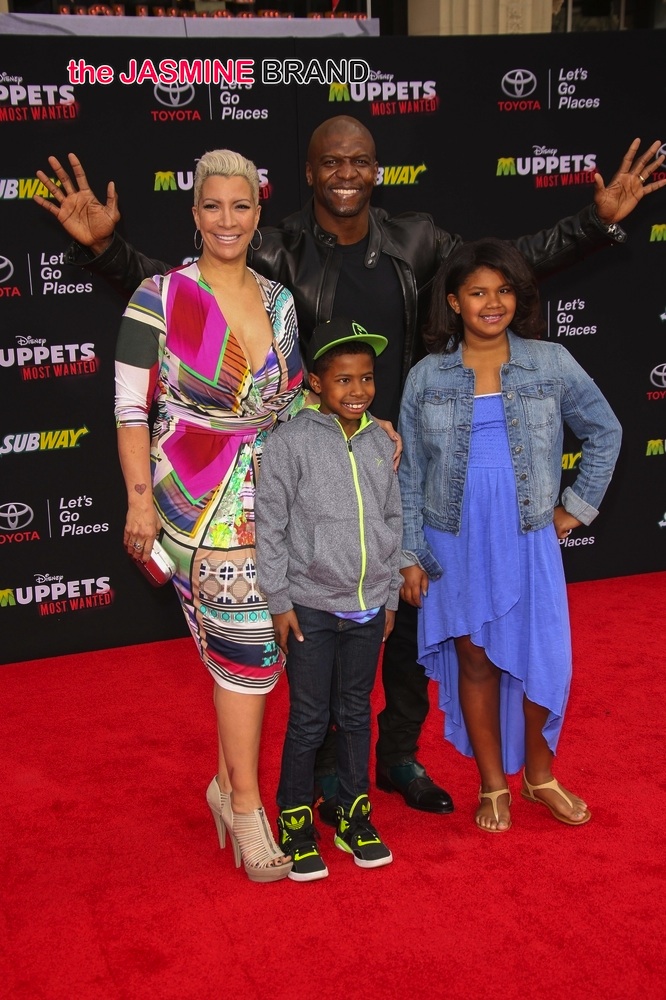 Also in attendance were Terry Crews (The Single Moms Club) and his wife Rebecca and children. 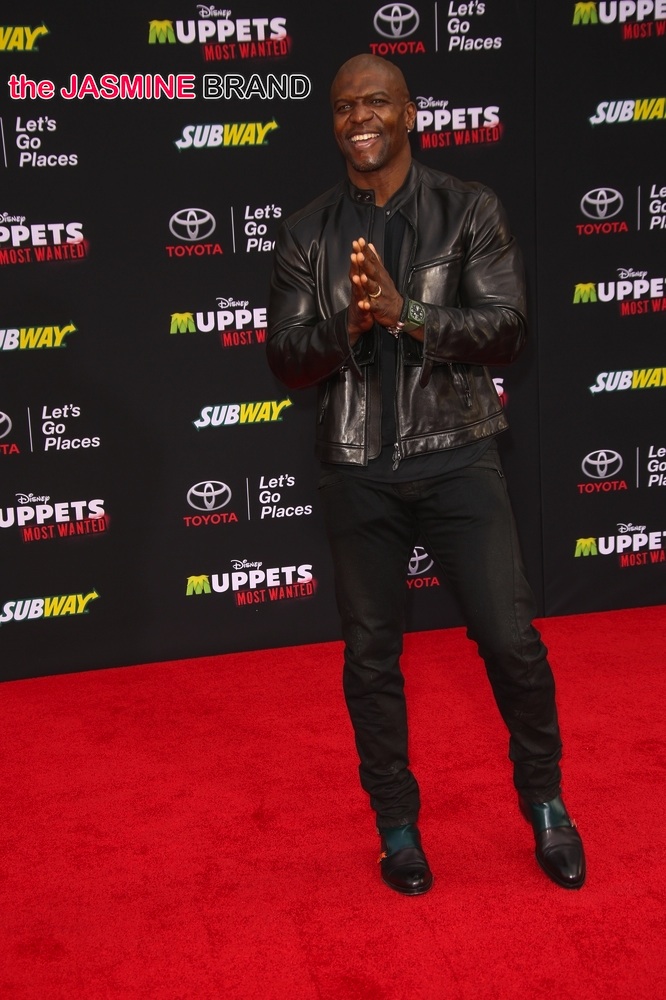 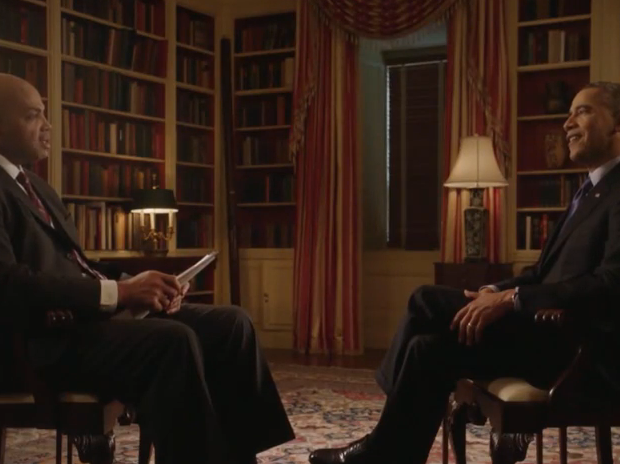 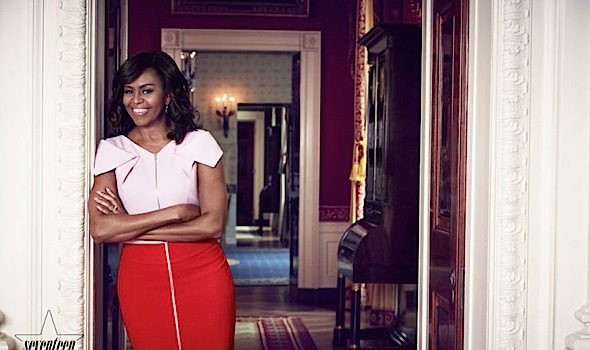 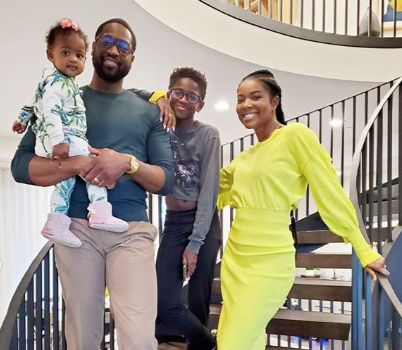