Beyonce has taken to Instagram, posting a message honoring the Dallas police officers who were killed this week during the protest. See her message below.

Rest in peace to the officers whose lives were senselessly taken yesterday in Dallas. I am praying for a full recovery of the seven others injured. No violence will create peace. Every human life is valuable. We must be the solution. Every human being has the right to gather in peaceful protest without suffering more unnecessary violence. To effect change we must show love in the face of hate and peace in the face of violence.

The five slain officers were identified on Friday. Dallas Police Officers Lorne Ahrens, a 14-year veteran of the department, and Michael Smith, a 27-year veteran, were both killed, according to local media reports and Smith’s sister.

Police have said at least 10 officers were shot by a sniper and one officer was shot in a shootout at the parking garage. It’s not clear where the 12th officer was shot.

As previously reported, the ambush began with gunshots that killed five officers and sent screaming crowds scrambling for cover. It ended when a Dallas police bomb squad robot killed a gunman after negotiations failed.

the lone shooter in this incident.

These are three of the slain officers, according to NBC News. 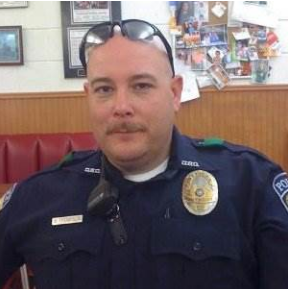 Brent Thompson was the first of the Dallas ambush victims to be identified. Dallas Area Rapid Transit 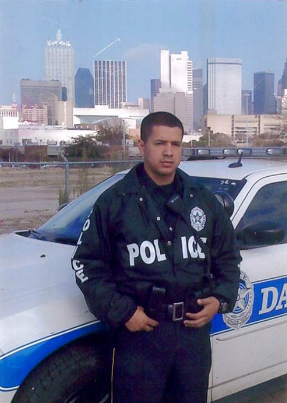 Patrick Zamarripa is pictured in this undated family handout photo. Zamarripa, an U.S. Navy veteran, is one of the officers killed in an attack in which five police officers were shot dead at a protest decrying police shootings of black men, according to media reports and his friends on social media. Courtesty of Hector Zamarripa / Reuters 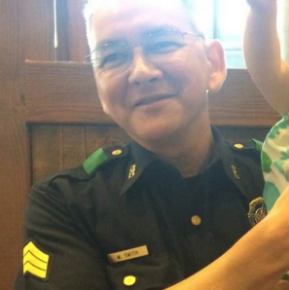