Love and Hip-Hop New York star Bianca Dupree is reintroducing herself to the world as Bianca Bonnie. Her new project is symbolically titled “The 9th Year” which represents her nine-year journey from her 2007 debut to now. Back with a new sound, new look and strong team headed by music veteran Yandy Smith, Bianca is set to heat up the summer with music that will finally show the world how talented she is and solidify her spot in the competitive world of hip-hop.

Bianca Dupree aka Bianca Bonnie formerly Young B was only 15 years old when the Harlem born teen penned the hit single “Chicken Noodle Soup” with her friend DJ Webstar. The song became a popular dance and almost overnight the blossoming star was making appearances on prestigious television programs such as, The Oprah Winfrey Show, Regis & Kelly, Ellen Degeneres, 106 & Park and Sesame Street.

Bianca’s performance resume includes opening shows at Madison Square Garden, Radio City Music hall, The Apollo Theatre, and the Philadelphia 76ers halftime show. She also won a Soul Train Award for “Best Dance Cut” back in 2007. Since that time, Bianca has matured as a woman and evolved as an artist.

In 2015, Bianca joined season six of Love & Hip-Hop New York. The premiere of season six reintroduced Bianca to the world and gave her a national stage for her long overdue comeback. She explained,

I’ve been waiting to show my fans who I really am and what a talented artist I am. I’ve grown a lot and I want to show the world my growth and deliver an album full of hits they can dance to.

The album features production from Shy Boogs, Ray Lennon, Brian “People’s Garcia” and Ornell Bloomfield, with features from Jaquae and Rotimi of the hit Starz series Power. Check out the track list below. 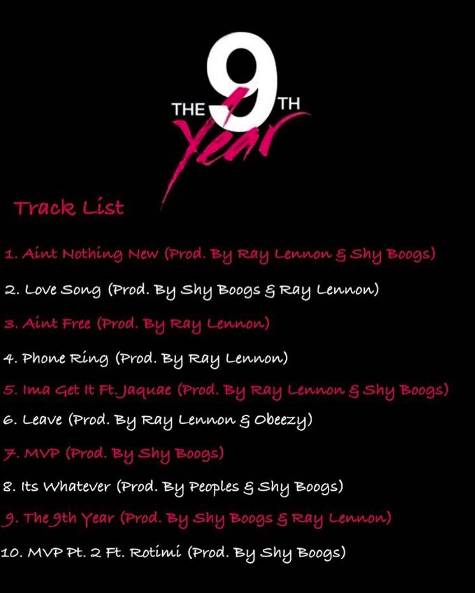