theJasmineBRAND.com exclusively reports, Karrine Steffans has fired off a Cease & Desist over stories circulating about her having a romantic relationship with Kendu Isaacs, Mary J. Blige’s estranged husband. In the C&D, which was reportedly initiated by Kendu’s attorney, Steffans’ attorney writes:

The story is false and slanderous and has caused harm to my client. It is herby demanded that you retract the story. Failure to comply will lead to legal action. You are hereby demanded to remove the article from your site and cease and desist the continued publication of the article on your web site.

A cease and desist letter is a document sent to an individual or business to halt purportedly illegal activity (“cease”) and not take it up again later (“desist”). The letter may warn that if the recipient does not discontinue specified conduct, or take certain actions, by deadlines set in the letter, that party may be sued. When issued by a public authority, a cease and desist letter, being “a warning of impending judicial enforcement”, is most appropriately called a “cease and desist order”. 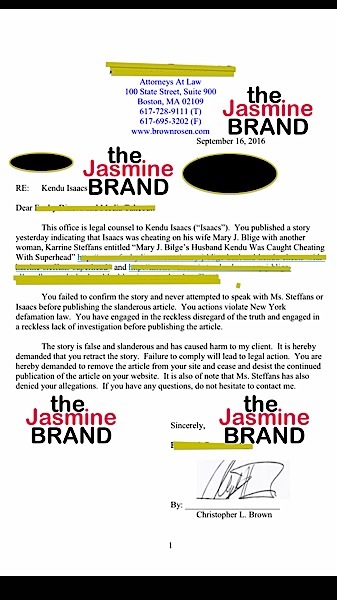 As previously reported, this week, a report surfaced claiming that Karrine was the reason that Mary and Kendu had split. However, Karrine says this simply isn’t true. She exclusively tells theJasmineBRAND.com:

It’s hurtful to my family and me, as I’m sure it is hurtful to everyone involved, to wake up on a perfectly blessed day only to find lies written and spread around the internet. I just don’t understand why I am constantly being targeted and forcibly lodged into rumors about situations that have nothing to do with me. So much of what blogs have written about me in the past decade has been complete lies. If it’s something I make public, okay, fine, have a field day. If it’s speculation, ask me and I’ll tell you. I have built trustful relationships with several blog sites that know they can always call or write and ask me anything. But, here is the thing: those who can’t talk to you, talk about you. If you haven’t heard it from me, take it with a grain of salt. In the meantime, I would appreciate being left out of other people’s drama.

This summer it was announced that after 12 years of marriage, Blige and Isaacs were divorcing. Blige filed for divorce, citing irreconcilable differences.

It has been reported that Blige has no interest in paying spousal support. No word on whether or not they have a prenup. 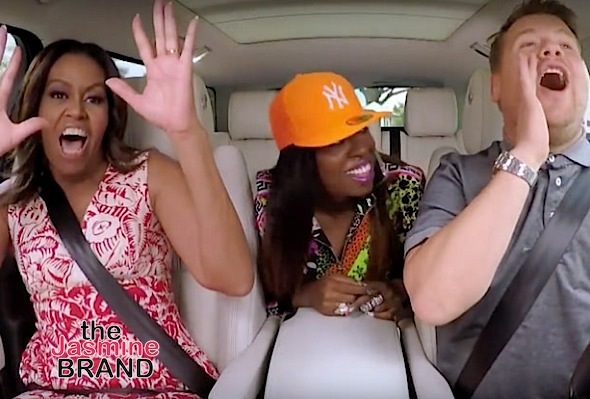 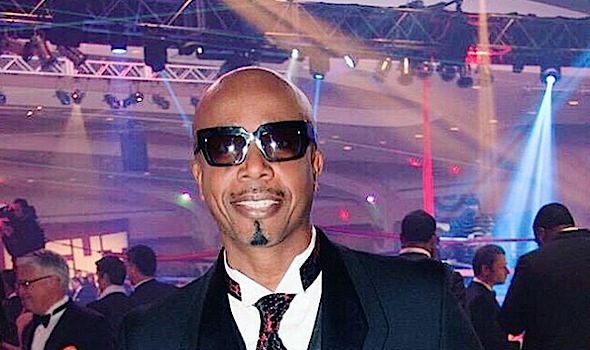