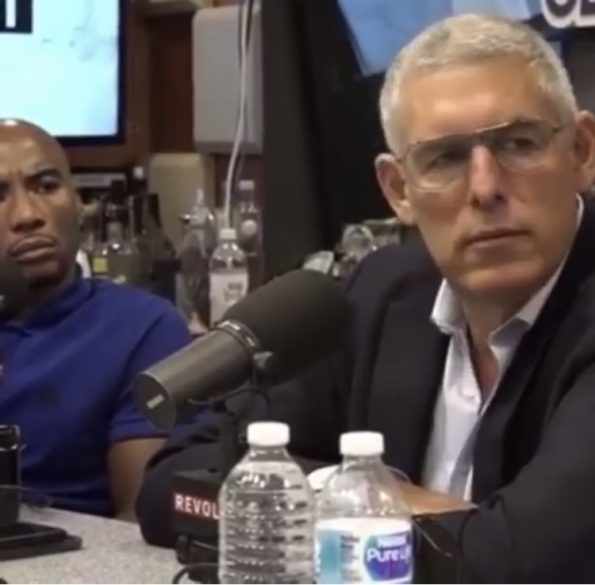 Dame Dash has a long history of calling out those he feel are not part good for hip hop culture. One person he’s been calling out consistently is Lyor Cohen, former record label exec turned YouTube’s Global Head of Music.

In a 2014 interview, Dame Dash blamed Lyor Cohen for the demise Roc-A-Fella Records, saying that Cohen created beef between rappers to make money and was raping hip hop culture.

“My beef was with Lyor cause I think he’s a fake CEO,” Dame Dash said. “And I think he’s fronting on my culture, but he can’t front on anybody else. And I’m calling him out publicly. And I want him to stop trying to rape my culture. Go make some money with some other people. Like stop having your agenda be Hip Hop…It was like they have people that their job is to create beef. So, that they can monetize it. Pause. But they don’t let their culture feel it. But they make money from it. And they can’t make any money or get any respect in their culture. That’s why they’re in our culture. Because the minute that they were allowed to be there, they would go. But they just can’t…Never had a beef with Jay. Always with Lyor and his whole crew. He’s the one that ruined Roc-A-Fella. Lyor Cohen.”

For years, Dash maintained his disdain for Cohen and others like him, calling the former Def Jam exec a culture vulture to anyone who would listen. When Dame got word that Cohen would be on The Breakfast Club, he made sure that Charlamagne Tha God questioned him about being a culture vulture. 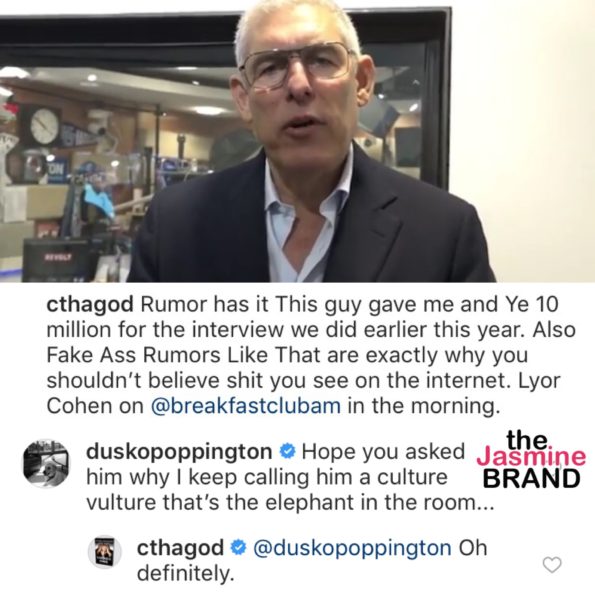 Lyor Cohen appeared on The Breakfast Club as promised. During the conversation, Cohen admitted that he was not a fan of rappers who glorified doing drugs, calling them “junkies“. When asked if he would sign a rapper with a positive message over a rapper with “talent”, Cohen said he would go with the talent, acknowledging that it’s “opportunistic” but he has mouths to feed.  Keeping with his promise, Charlamagne brought up Dame’s accusations of being a culture vulture.

As we all know, Lyor Cohen definitely knows Dame Dash and has known him for years. Dame address Lyor’s lie on Instagram. 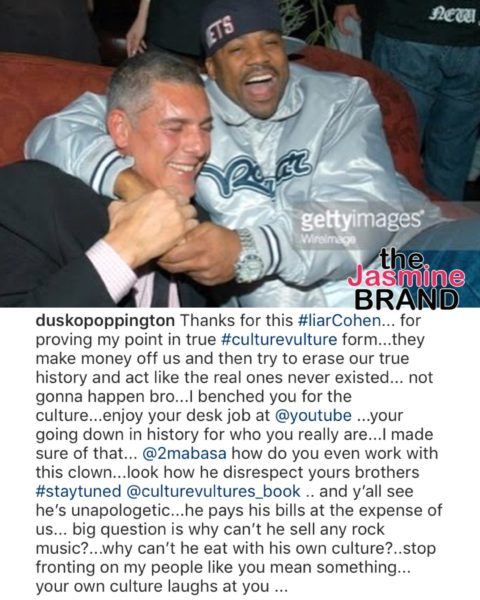 “It actually doesn’t bother me. It would bother me if it came from a credible source. If it’s a credible source, then we can have a conversation and actually have a discussion. If someone thinks something about me that I may have done to offend them or hurt them or do something they misunderstand, then we’ll have a dialogue. We’ll communicate and get to an understanding and move on, or not. But I can’t give any light to that. It’s a clown right now.”

This beef won’t be going anywhere soon. Watch the complete clip of Lyor’s comments below.

Lyor Cohen Calls Rappers Junkies That Use Drugs or references about Drugs in their Music & Why He Signs Those Type Of Artists When He’s Against it. & Says He Doesn’t Know Who Dame Dash is pic.twitter.com/Gc7Juxuk84 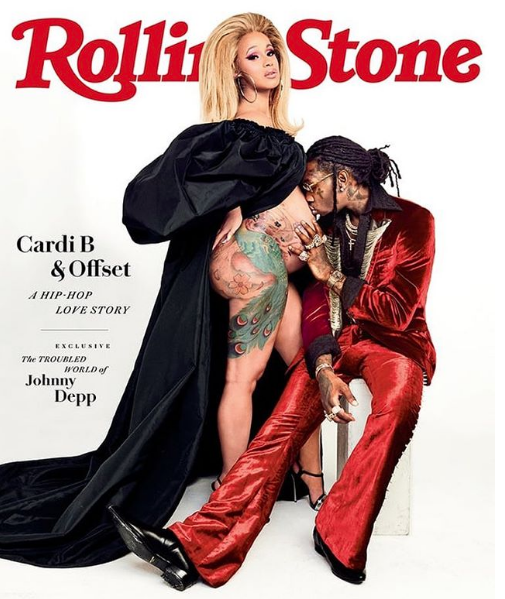 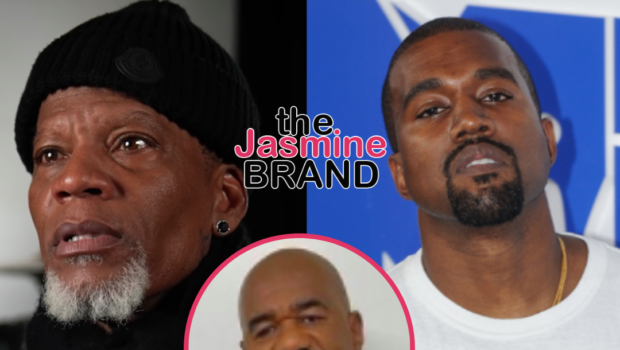