Jada Pinkett Smith Reveals She Never Wanted to Get Married: “I was so upset that I had to have a wedding”

The Smiths aren’t holding anything back on season two of “Red Table Talk.” Actress Jada Pinkett Smith revealed on the season premiere of her Facebook original show that she and superstar husband, Will Smith, only got married because her mother, Adrienne Banfield-Jones, didn’t want them to have a baby outside of marriage. Jaden Smith was born only seven months after they got married!

Jada then dropped a bomb regarding she and Will’s marriage to their daughter, Willow Smith. Jada said:

“It was almost as if Gammy was like, you have to get married. I was under so much pressure being a young actress — being young, pregnant, I was just like, I didn’t know what to do. But I knew I never wanted to be married.”

“I was so upset that I had to have a wedding.”

Jada’s mother, Adrienne, even revealed that Jada was rebellious during the day of the ceremony. She said:

“The wedding was horrible. Jada was sick. She was very unpleasant. She didn’t cooperate with anything at the wedding.”

Jada Pinkett Smith revealed that even after being married for over 20 years – she doesn’t agree with the concept of marriage. As we previously reported, Will and Jada no longer call themselves a married couple as a part of their unorthodox relationship. She said:

“I just never really agreed with the construct [of marriage]. I just don’t agree with it. I never have. I still don’t. ‘Til death do us part is real for me, but all the rules and all of the ideas…and what you can’t do because of this title ‘wife’ is a very difficult…the accepted conventional definition of wife and the paradigm, I’m not that.”

Lastly, Will and Jada Pinkett Smith hilariously revealed that Jada may have jinxed their conception of son, rapper/actor Jaden Smith. Jada said:

“I knew the moment after the act that I was pregnant. The moment. But I knew that night and he didn’t believe me, but I knew. It was almost like that — you know those big locks on the bank? Those big turning locks? I could feel that in my womb, in my uterus.”

Will Smith and Jada Pinkett Smith reveal the truth behind their relationship, from the day they met to the moments of crisis in their 20-plus year marriage. 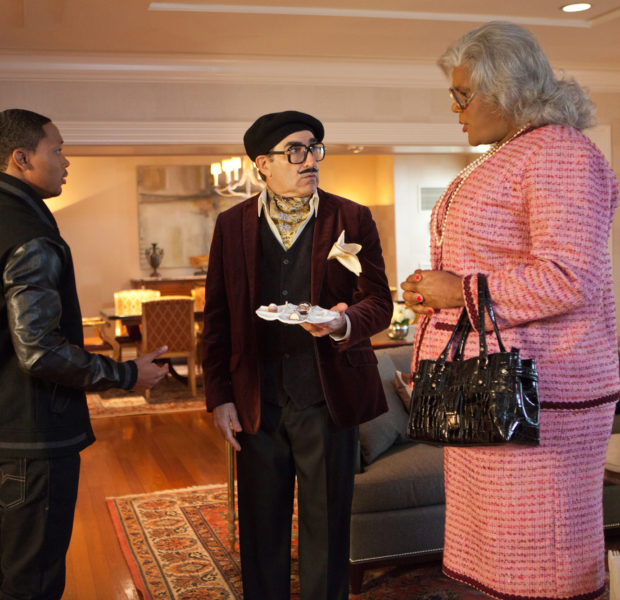