Up and coming rapper Melli, surprised many hip hop fans recently when it was announced that she decided to sign with Tory Lanez instead of Meek Mill, who featured Melli on his latest album Championships.

On his 2018 album Championships, Philadelphia rapper Meek Mill features new rapper Melli on the track “Wit The S**ts (W.T.S,) this led many fans to assume that she would ultimately decide to sign with Meek Mill for her forthcoming project—but she chose to sign with Tory Lanez, who she calls “family.” Listen to the track below.

Melli also detailed that the result of her decision was because she “didn’t fit in” with Meek Mill and his crew, and felt she was more appreciated by Tory Lanez. She also alluded to some conflict during her time with Meek, writing a lengthy social media post regarding her decision.

“I never intended to snake anyone. If anything I tried my best to work around many things that put me in uncomfortable situations. As a woman a lot of things I stood for weren’t there so I took the high road n gracefully removed myself.” 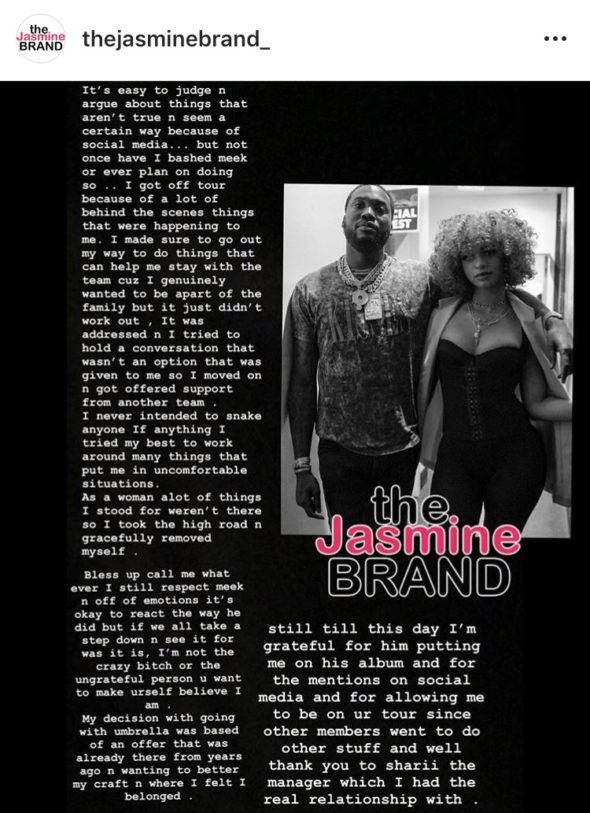 Tory Lanez posted a photo of Melli on his Instagram officially announcing the news:

“@melii I’m so proud of you ! Watched u grind your way through everything .. when people tried to play you , you kept your head strong and focused ! I’m happy that you dropped your first real project today #Phases … and I’m also PROUD AF to announce and say that your part of our team !!!! Welcome to #OneUmbrella and let’s take this to the top #Phases OUT NOW !!! on alll streaming platforms” 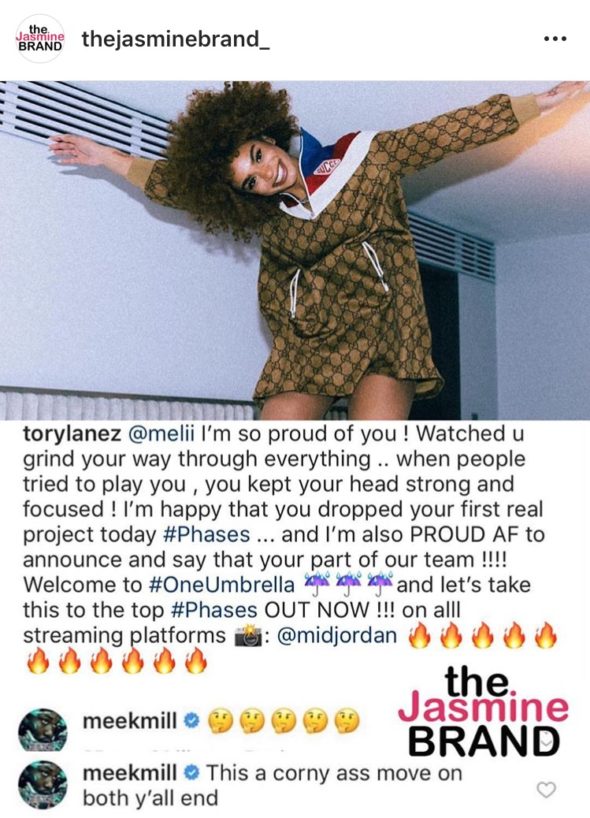 In a comment that was quickly deleted, Meek Mill expressed his displeasure at the news, writing:

Melli also elaborated further about the situation, but later deleted her comments. She was also the victim of a bit of hacking, as one fake comment from her falsely stated that the reason she left Meek Mill was because she refused his sexual advances and because he continued to refer to her as 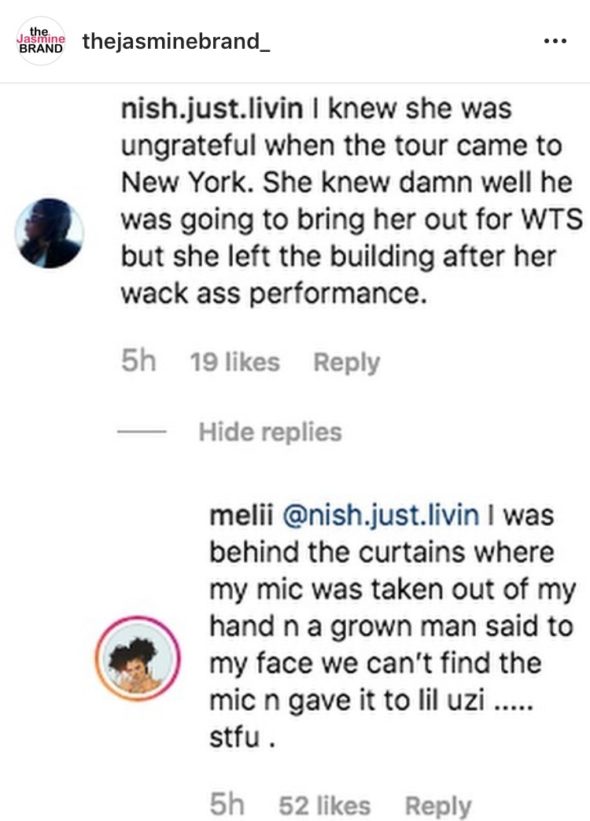 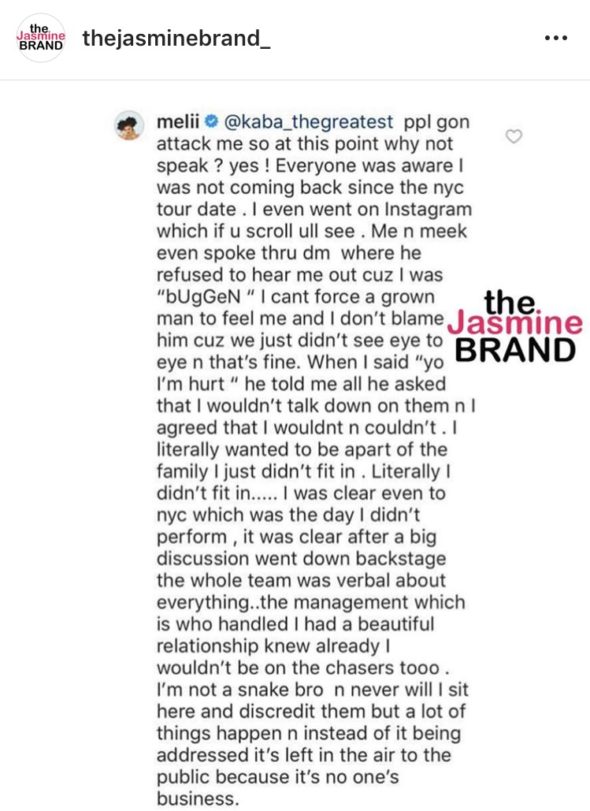 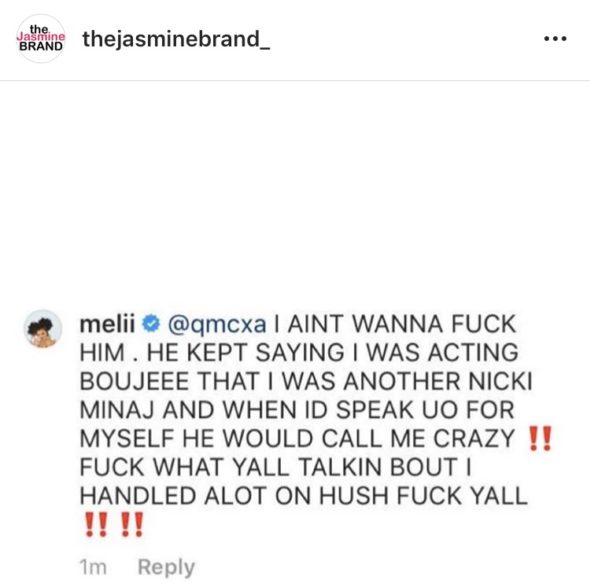 What do you think of the situation? Let us know in the comments! 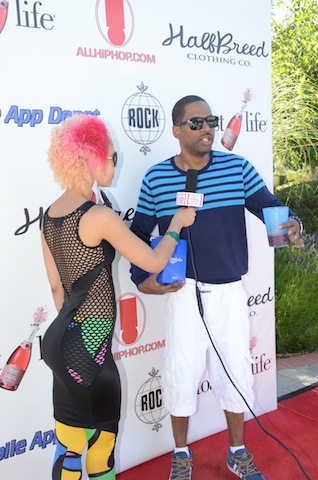 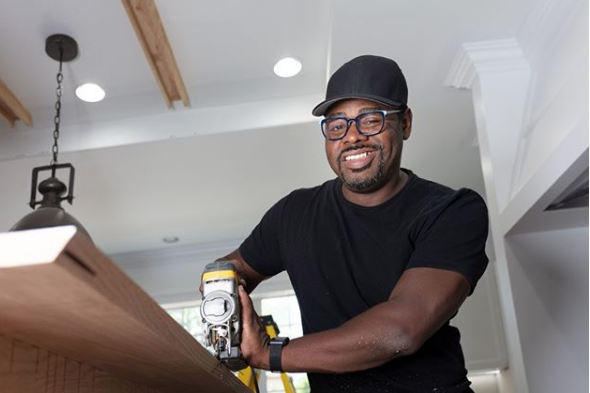 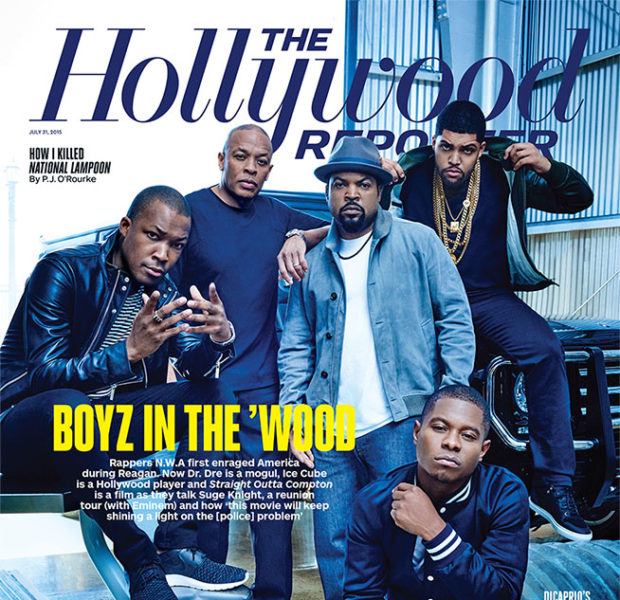 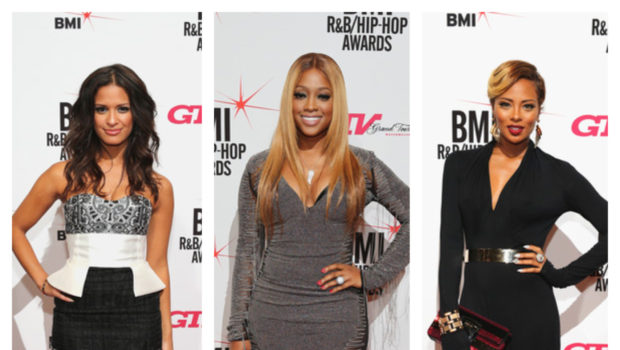 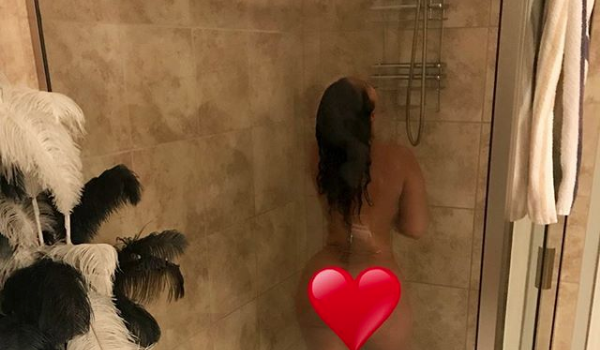