Earlier this week, iconic hip-hop queen Lil Kim called out her record label for being the reason why her upcoming album has continued to have its release date pushed back. Well, thankfully a resolution between the two parties appears to have been reached based on a new social media post from the original Queen B herself.

Record label issues have been known to tie-up or completely halt projects from some of the biggest acts in the music industry—and Lil Kim found herself being one of the recent victims, but luckily things seem to have been resolved between her and her label EOne. 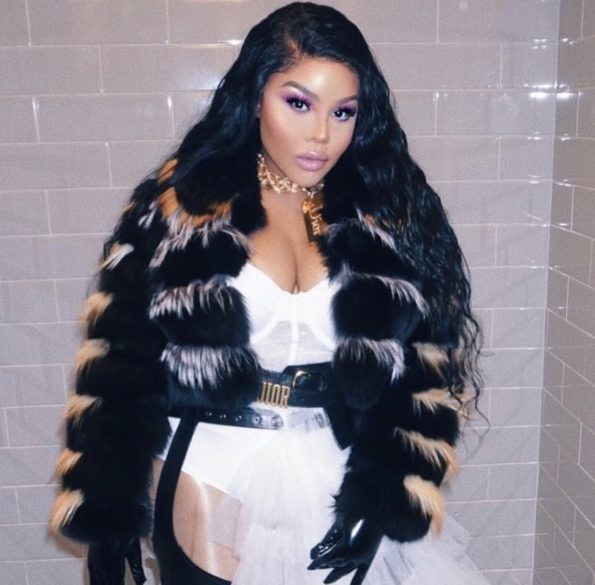 Lil Kim fans have been patiently waiting for the release of her new album, and the constant delays by EOne caused Kim to explain in a revealing post on Instagram exactly what has been going on behind the scenes.

“EOne has pushed back the date of my album ya’ll. If you have an issue take it up with them. This has nothing to do with me. I am beyond upset with this and couldn’t wait to show you all what I’ve been working on.”

“Also Spotify is hating on me. I can’t understand why after all of the favors I’ve done for them. Direct all of your energy towards them too.” 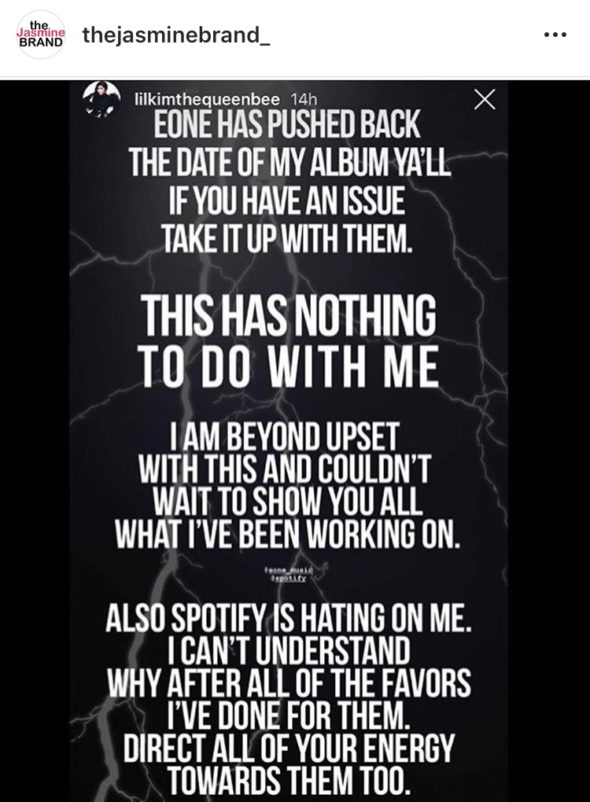 Now, just days later, Kim has provided fans with the update they’d been hoping for—and posting the news on Instagram:

“BEEHIVE Our frustration has been heard. Thank you for all your support. We have worked it out and we are one big happy family again. Stay tuned for the new release date and I’ll be going live in the next couple of days.” 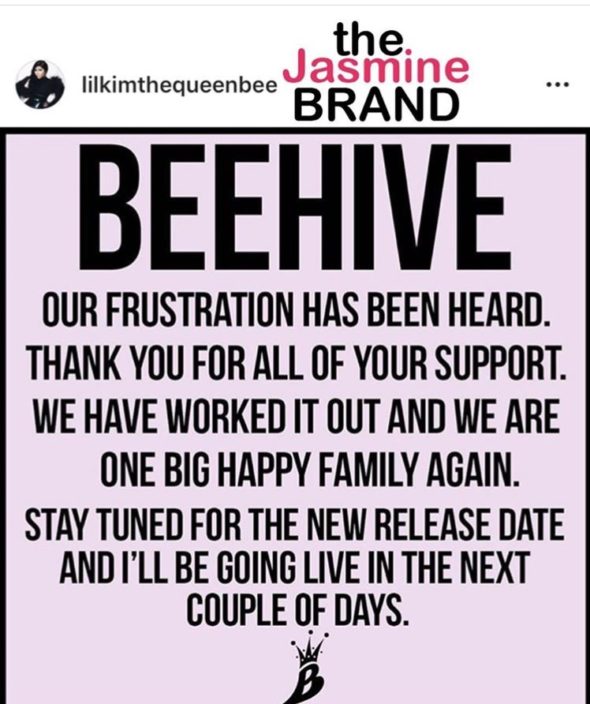 Back in March Kim announced that she was hard at work on her fifth studio album, her first in 14 years since 2005’s The Naked Truth. She previously revealed during a concert that the title of her new album is Nine. The initial release date was supposed to be May 17th.

Lil Kim dropped the video for her latest single “Go Awf” a weeks ago and you can check it out BELOW: 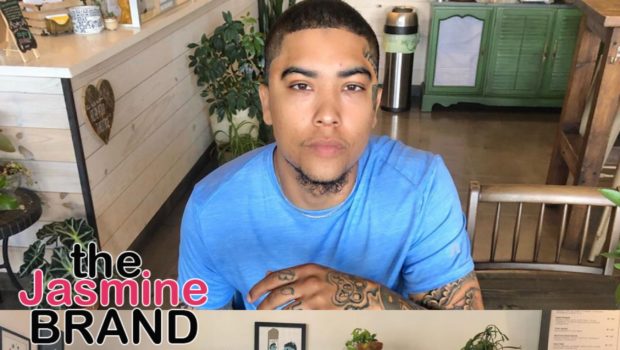