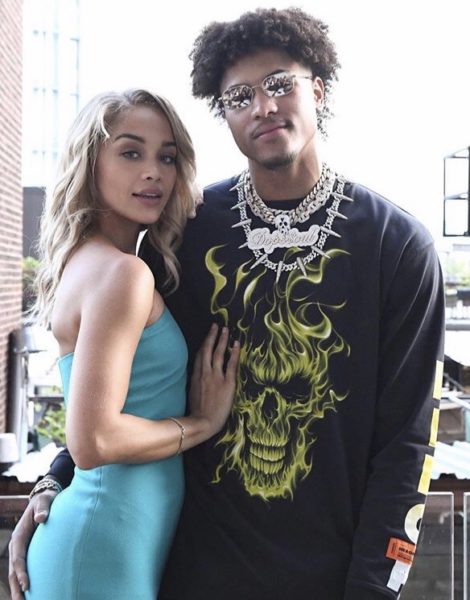 Jasmine “Golden Barbie” Sanders is a busy woman! The stunning model has been racking up accomplishments as of late. She was recently named the 2019 Sports Illustrated Swimsuit Model “Rookie of the Year.” Jasmine is also the face of the latest Vince Camuto Illuminaire perfume campaign.

To celebrate the campaign, she had a paparazzi-filled launch party at the Standard Hotel in Manhattan yesterday (8/7/19).

At the launch party, she was noticeably boo’ed up with Washington Wizards baller, Kelly Oubre, Jr. Was this their way of going public? 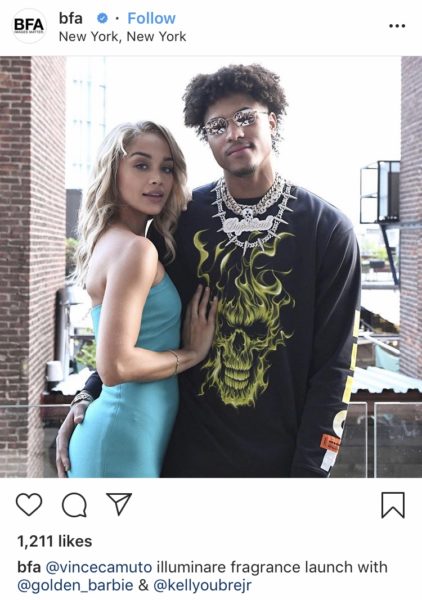 She hinted at being in a relationship on a recent KTLA appearance, but declined to reveal his name.

Jasmine Sanders and former boyfriend, television host/actor Terrence J, quietly split last year. The pair were investigated for a hit-and-run accident in which Terrence and a mystery woman fled the scene. It turns out, the mystery woman present when he totaled his McLaren was not Jasmine. She issued this statement via Instagram shortly after the incident. 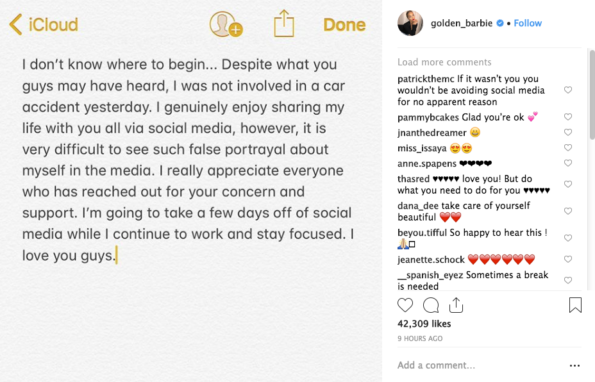 Get your life, Jasmine!