The two men who Tekashi 6ix9ine testified against in a federal trial have now been convicted by a jury.

Anthony “Harv” Ellison and Aljermiah “Nuke” Mack were found guilty of racketeering conspiracy after the jury’s 10-hour deliberation, according to reports Thursday (Oct. 3).

The jury also convicted Ellison for kidnapping Tekashi in July 2018.

Ellison’s sentencing is set for Feb. 26, and he could get life. Mack will be sentenced on Feb. 19, and is looking at up to 20 years.

A blonde-haired, middle-aged juror spoke out and said that she had no idea who Tekashi was.

“I never heard of him before… His music was interesting but not my style.”

Tekashi, whose real name is Daniel Hernandez, sparked plenty of controversy and conversation when he testified for three days last month. While on the witness stand, he said that he was in the Nine Trey Bloods gang with Ellison and Mack, and that he used his gang affiliation to boost his rap career and fame.

He also testified about shootings, robberies, and the kidnapping.

The kidnapping was captured on tape as Tekashi’s driver, Jorge Rivera, was secretly spying on the Nine Bloods and had cameras in his car that caught the incident. In the clip, Tekashi was being held at gunpoint and pleaded with Ellison not to kill him. Ellison later ordered him to get out of the car.

Still, Tekashi himself faces racketeering charges. He could get at least 47 years behind bars, but thanks to his testimony, he also might not have to serve any time at all. If he goes free, he reportedly doesn’t want to go to witness protection but instead wants to continue his rap career. He will be sentenced in January.

What do you think about the men getting convicted? Tell us in the comments! 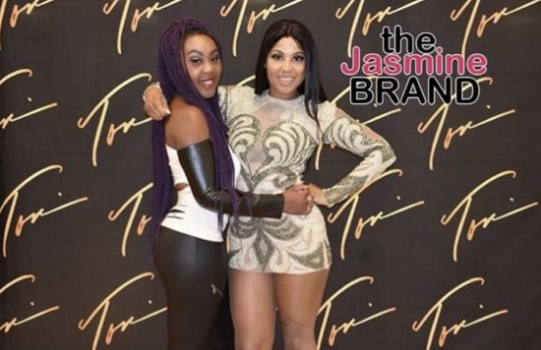