The Jennifer Williams vs Evelyn Lozada saga continues! The former besties/reality TV vets have had a long history of televised ups and downs – nearly coming to blows several times. But one thing has never changed: Jennifer always has her lawyer on deck!

Jennifer once sued Evelyn over their vicious 2012 brawl shown on the Miami installment of “Basketball Wives,” but was shocked to learn that Evelyn filed a restraining order against their castmate, O.G. – requesting that she be separated from the rest of the women during filming. Jennifer tweeted:

“The 2 stage thing is ridiculous for an ensemble cast of women.. People work with people they don’t like every day! #GrowUp”

But perhaps Jennifer Williams was even more shocked to discover Evelyn Lozada hired her longtime lawyer! She wrote:

“Funny how I get accused of playing victim & being lawyered up but you go out & retain my lawyer of 10 years to file a frivolous case…If I don’t rock with you, I’m not even using your nail person or anybody associated with you…And for the record, I have always owned how I stay lawyered up. Too old to be fighting I guess I should be flattered tho..” 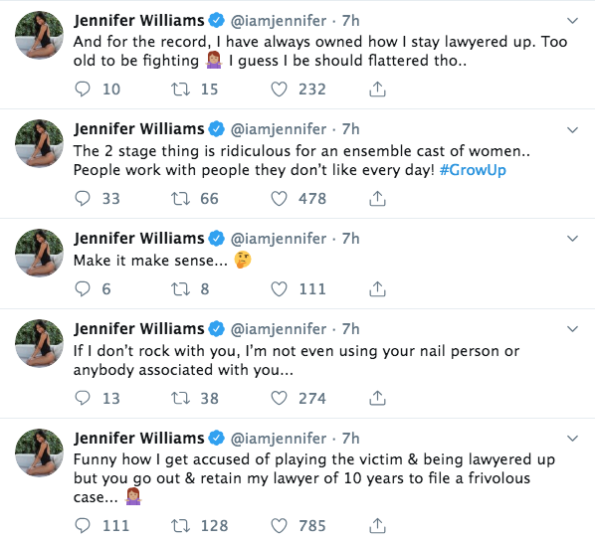 Yikes! What do you think about Jennifer Williams’ seemingly subliminal messages to Evelyn Lozada? Let us know in the comments. 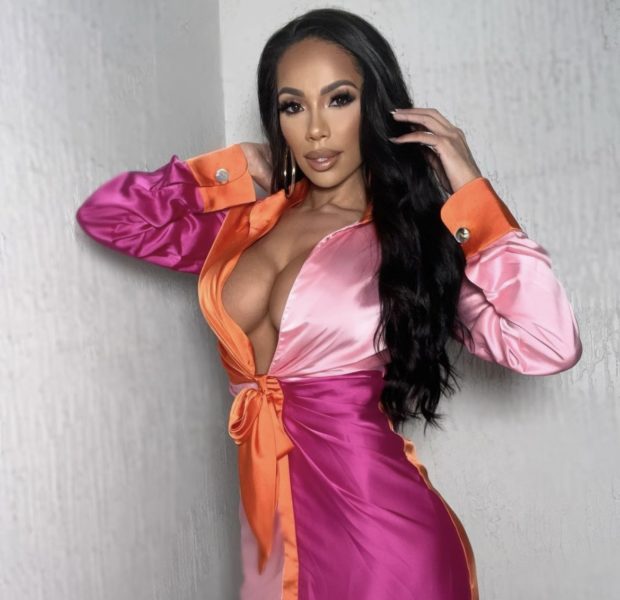 Masika Kalysha Alludes To Having Miscarriage With Fetty Wap: We Have Twins In Heaven That We’ll Meet One Day
Exclusive
Post Slider 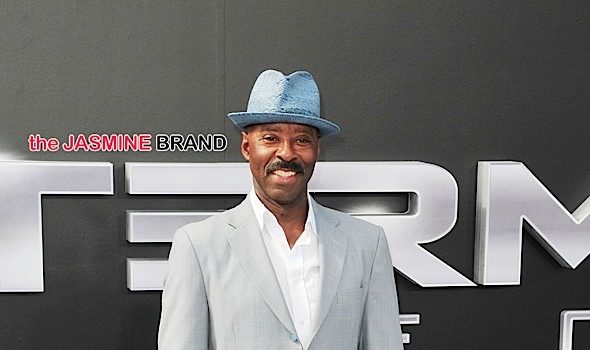 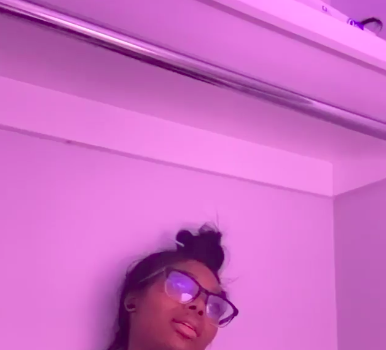 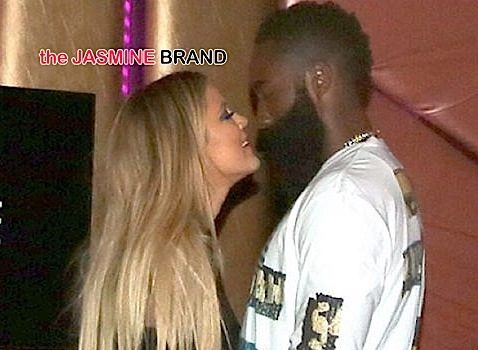