Actress/writer/director Mindy Kaling is an accomplished figure in Hollywood, especially known for her work on NBC favorite, “The Office.” But during award season of it’s ninth year on the air, Mindy says that she was told that the Television Emmy Academy would be removing her name from production/writing credits due to the list being “too full.” She explained, that she, then, had to go to extreme measures to make sure that her name stayed listed to be eligible to receive awards.

“They made me, not any of the other producers, fill out a whole form and write an essay about all my contributions as a writer and a producer. I had to get letters from all the other male, white producers saying that I had contributed, when my actual record stood for itself.”

“‘In this country, American means white. Everybody else has to hyphenate.’ It really doesn’t matter how much money I have…I’m treated badly with enough regularity that it keeps me humble.” 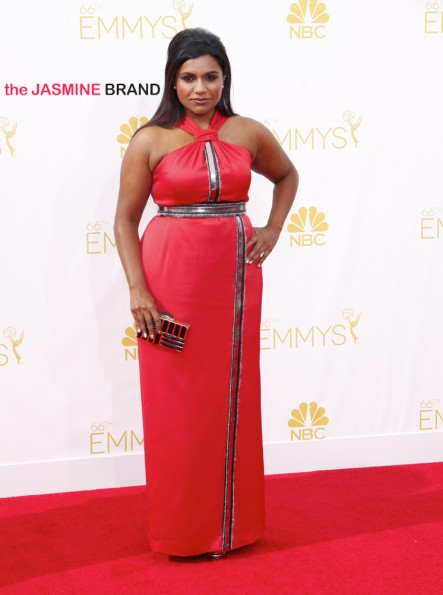 However, the Academy responded to Mindy’s claims with a denial statement:

“No one person was singled out. There was an increasing concern years ago regarding the number of performers and writers seeking producer credits. At the time the Producers Guild worked with the Television Academy to correctly vet producer eligibility. Every performer producer and writer producer was asked to justify their producer credits.”

That justification is reportedly no longer required. Mindy caught wind of the Academy’s statement, and justified her claims with a series of tweets. She told her social media followers:

“Respectfully, the Academy’s statement doesn’t make any sense. I *was* singled out. There were other Office writer-performer-producers who were NOT cut from the list. Just me. The most junior person, and woman of color. Easiest to dismiss. Just sayin’.” 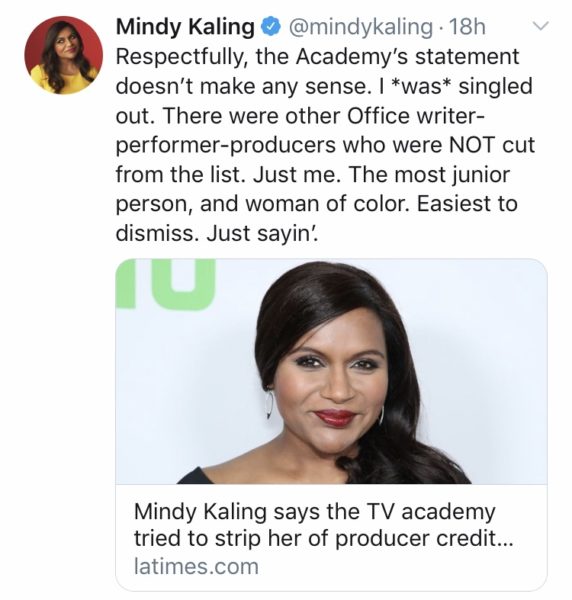 “I’ve never wanted to bring up that incident because The Office was one of the greatest creative experiences of my life…But I worked so hard and it was humiliating…Thankfully I was rescued by my friends, the other producers.” 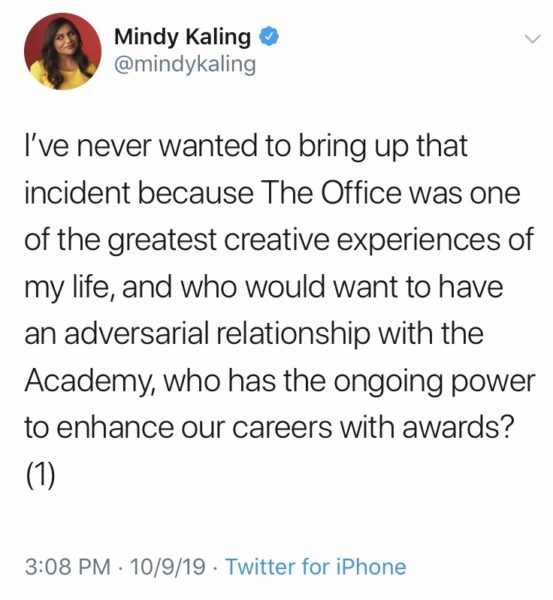 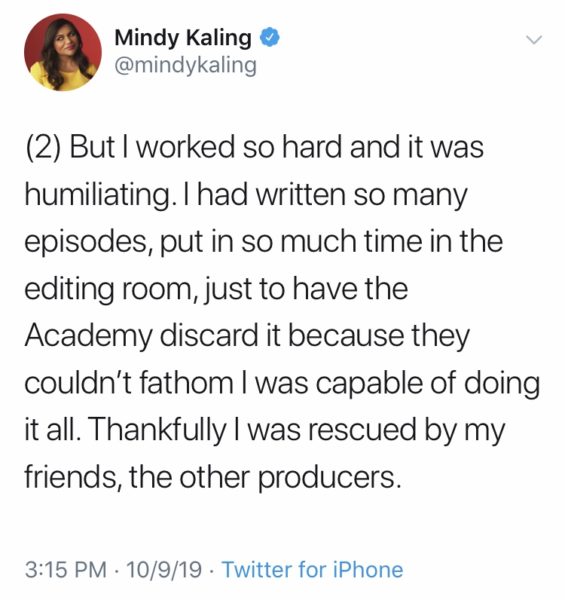 Mindy Kaling continued, noting that no person of color should have to be justified by one of the white counterparts for legitimacy:

“The point is, we shouldn’t have to be bailed out because of the kindness of our more powerful white male colleagues…But it happened to me…Hey, @TelevisionAcad! I have been a proud member for years. I was the 1st woman of color nominated for writing a comedy script. Why not say “years ago we prevented a deserving woman of color from getting credit for her accomplishments. We’re sorry and it would never happen now.”?” 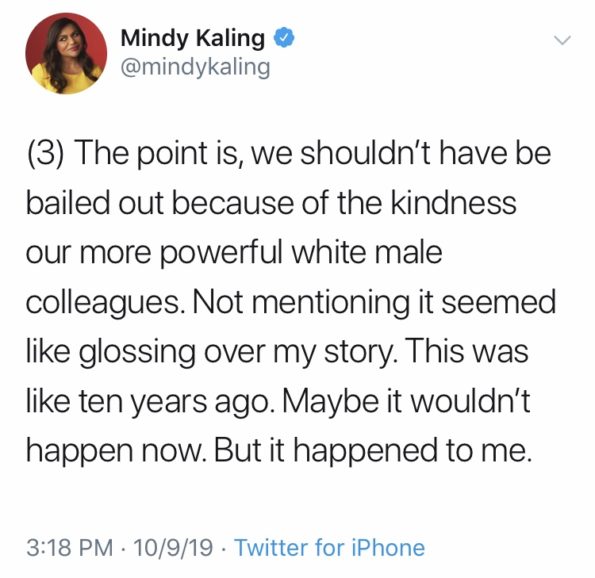 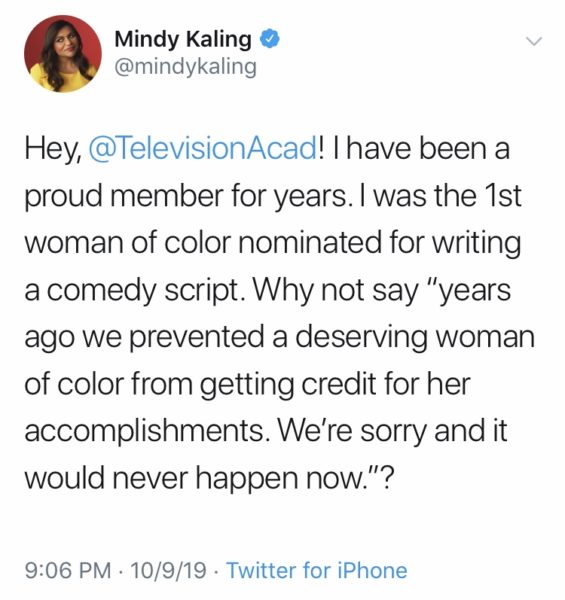 Update: Tori Spelling Apologizes After Daughter Refers To Herself As “McQuisha”, It’s Inspired By Shanaynay Character From “Martin”