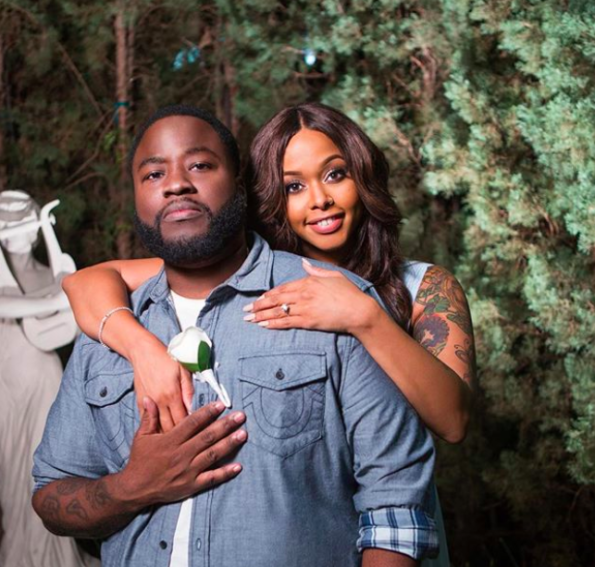 Chrisette Michele is baring all about her recent divorce. The “Epiphany” singer wed her manager at the time, Doug “Biggs” Ellison in 2016, before they split in 2018.

While it’s been months since they went their separate ways, she is now speaking out about why things didn’t work out between them.

She explains that they tied the knot in Las Vegas and that while she had experienced much success by then, she was still very immature. 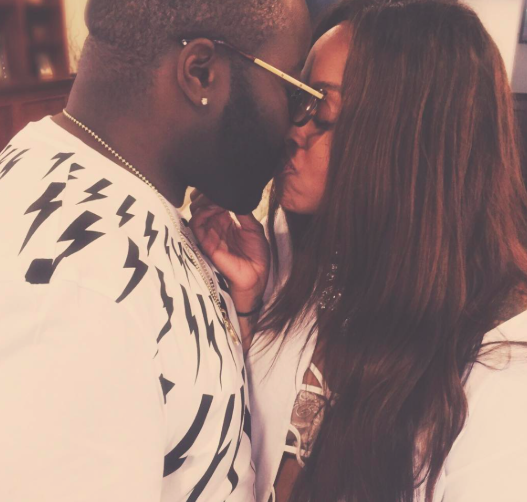 “Aston Martin Music drops. I’m in LA, a small-time millionaire, Grammy award-winning, and happily dating “grown-ups” but… I’m a child. A very successful… kid. Aaaaand, it literally never occurred to me that I’d missed a step until… Wedding Bells in Vegas (circa: 2016-2018). I walked down the aisle to “Love You Like A Love Song”, a techno club record TOTALLY meant for high heeled, couch dancing at LIV in Miami (or maybe Lavo in Vegas). Childish.”

She added after their divorce, she realized that he desired things that typically come with a traditional marriage (i.e. living in the same city and having children).

“I’m divorced now. I think I got married to try adulting on for size. Didn’t fit. My ex had latched onto the idea that adulting was a “thing”, and I’d never gotten the memo. Sure I brought home fairly large slabs of bacon, made up the bed and opened a few businesses but… it wasn’t until after we divorced that I realized he had the intentions of living in the same city, raising small opinionated beasts who would grow IN MY STOMACH, and eating at the same restaurant every Sunday.” 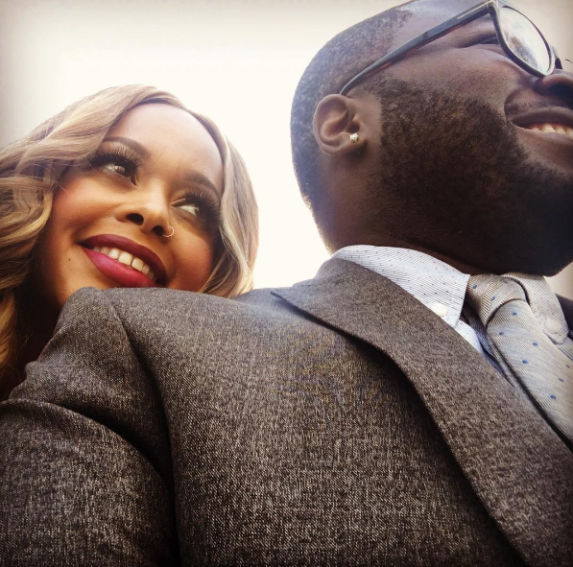 She ultimately revealed she’s not a fan of “settling down” at all.

“Apparently this soul quelling idea is called … “settling down”. Eeek… I just threw up in my mouth a little.”

And from the sounds of it, she’s just fine with being single. 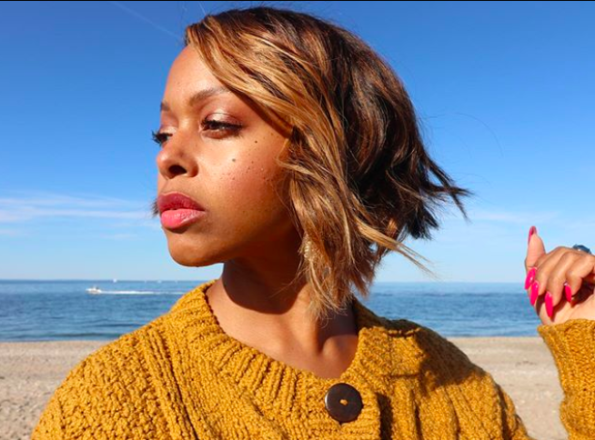 “One of my girlfriends text me. She said, “I’m still hoping for magic for you.” She was talking about love. I wanted to say, “Is it ok for a woman not to be thinking about marriage for the same amount of time as any given man?”. I wanted to ask, “Is it enough for me to love traveling, meeting new people and long lavish walks thru Whole Foods?”. Am I “not grown-up”, if I’m not constantly wondering about love and a home for 2? To avoid experiencing normal “Yes I’m Judging You” thoughts from my home gurl, I said, “I’m not pressed”. To recreate my whole existence to fit into someone else’s? And then be stuck in one place forever? Yeah. No. Not right now.” 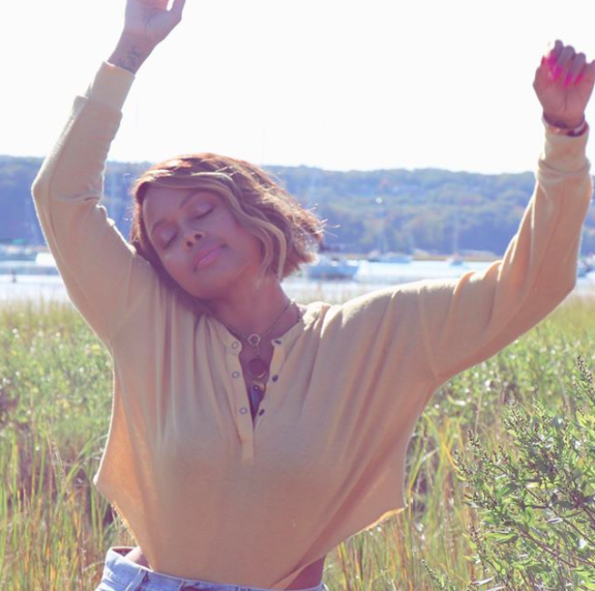 Chrisette, who added that her own parents have been married for nearly 40 years, added that she’s not against having “A Couple of Forevers” in her own life in the future, but she’s not after it right now.

“Maybe I’ll be SHOCKED into a Couple of Forevers. My love language is touch and I love to cuddle. Love is…nice. I’m open minded. I’ll try new things… but ummm… it’s quite likely too late that I’ll ever grow up. I skipped over that part of my twenties and I’m not sure you ever get that back. I’m “humaning” (stole that ”word” from a pal). This is MY human experience. I’m patient enough to watch my life unfold, trust God to forgive, reveal and restore and move forward. I fall. I get embarrassed. I stay at moms, eat good, then take my vitamins and get back out there. Am I “on the market”? You can’t buy me. Am I “single”? I’m complete. Loving me is complicated, mostly because I’m content. Kids don’t love people because they have a nice house and diamonds. Kids love people because they smile, laugh at their jokes, spend time on the couch and at the movies. I’m a kid that way… don’t need anything but the simple, beautiful, present human.”

What are your thoughts on Chrisette Michele’s revelations? Tell us in the comments! 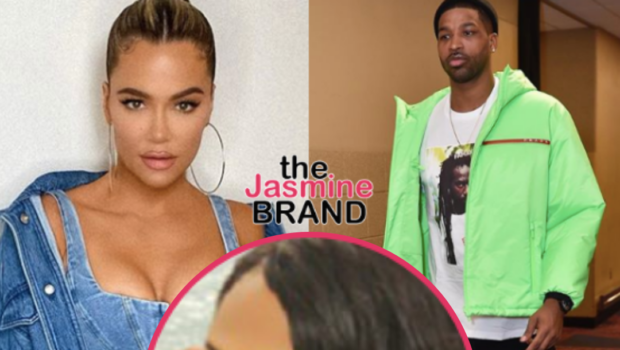 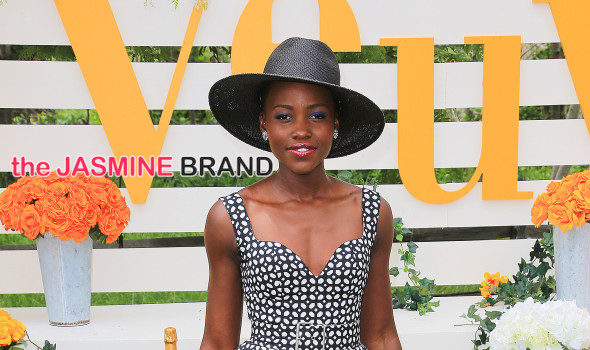 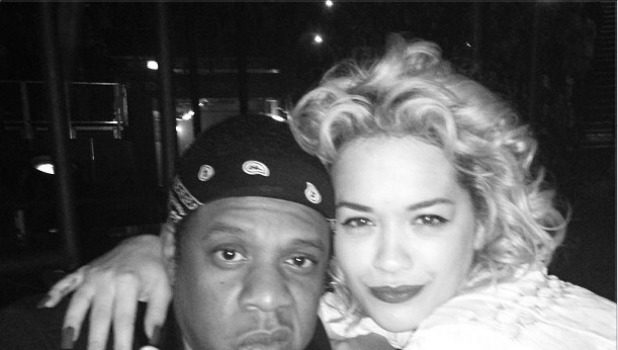