Is Kourtney Kardashian‘s time on “Keeping Up With the Kardashians” nearing an end? In early November, the eldest Kardashian sister told “Entertainment Tonight” that she was taking a step back from filming their 18-seasons-led reality show.

“I just decided to spend more time as a mom and put more of my energy there. But I’m not saying goodbye. I think you’ll have to see more of it on the new season, season 18. It isn’t airing yet but it’s being filmed.” 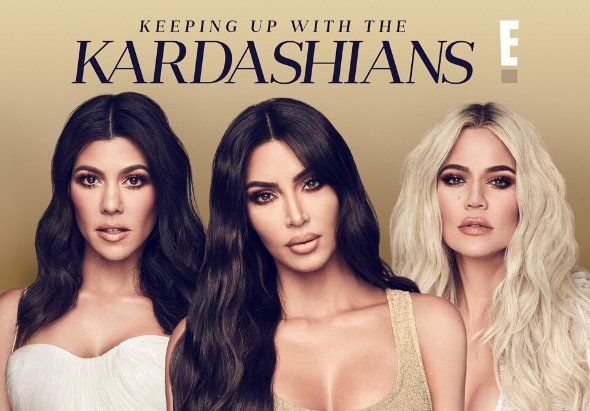 Then, on Sunday’s (12/8/19) episode of “KUWTK”, Kim and Khloe threatened to fire Kourtney if she didn’t open up more about her personal life. A fan even questioned Kourtney’s contractual obligations in comparison to the other sisters. Twitter user @Khlomoney98 asked:

“this ain’t shade AT ALL but do Kendall and Kylie have different contracts now for #KUWTK? cos Kendall rarely films and Kylie isn’t featured a whole lot? #KUWTK”

Khloe replied, revealing the difference between the Kardashians and Jenners:

“Kendall and Kylie have different contracts. Kourt, Kim and I have an equal contract.” 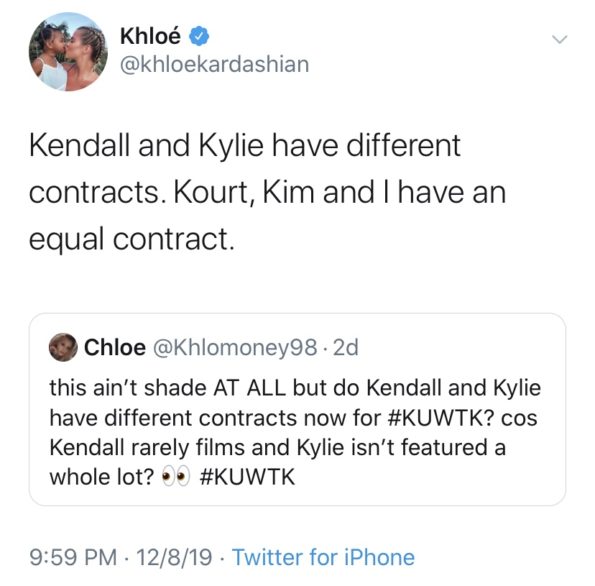 But, Khloe Kardashian maintained that their sisterly bond will never be broken – filming or not. 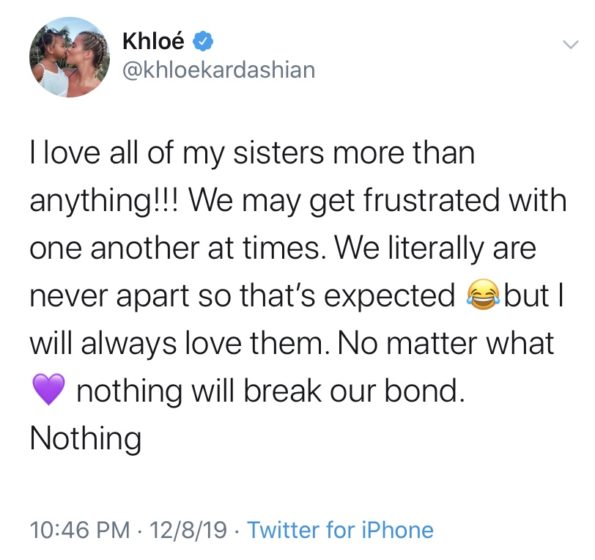 Would you watch “Keeping Up With the Kardashians” without Kourtney? Let us know in the comments. 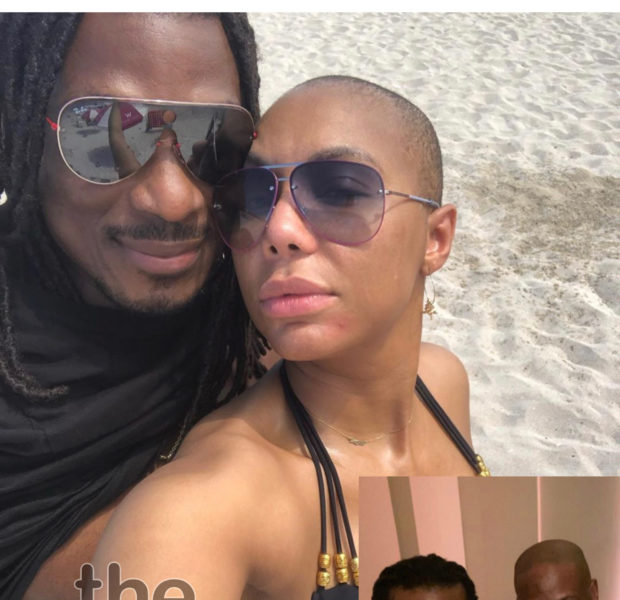 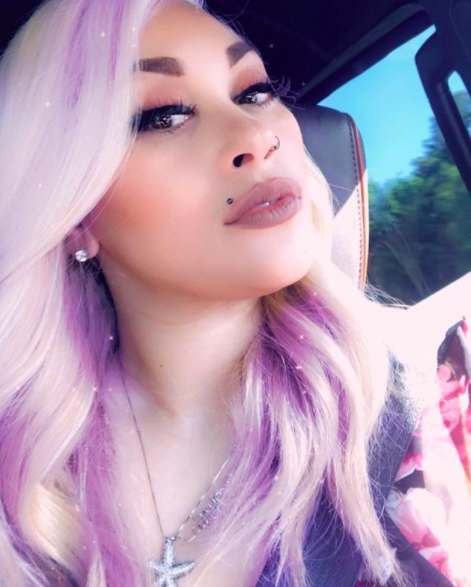 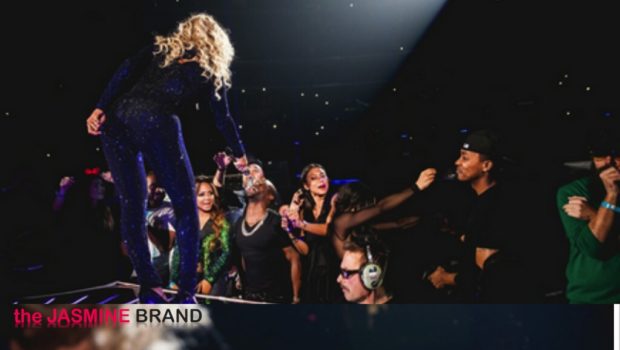