But things went left after Mona Scott-Young said this is the year of return for Black people, and stated that she’s going to Africa this month. Wendy Williams said,

“Is that where we’re going?”

When Scott-Young tried to convince her to come, Williams said,

“It’s not the destination, it’s mingling too close to the light.”

Things got even more awkward when Williams brought up that Scott-Young will often have cast members over her home. While Scott-Young said,

“Uh-huh! We tune in to the Mona Scott shows for Black excellence. Excellence at its best.”

Scott-Young said we should salute the cast members for going through what many people couldn’t handle, especially in front of the cameras.

“You’re doing big things, but at the cost of what?”

During her appearance, Scott-Young also explains Jim Jones and Chrissy Lampkin’s return to the series, along with Joseline Hernandez’s return to Love & Hip Hop: Miami.

See her appearance below.

Afterward, Scott-Young alluded to some of Williams’ negative remarks on her social media. See the photo and caption below.

Luenell Talks Fallout W/ NeNe Leakes: How You Gon’ Come In This Comedy Club, When There Are Comics Who Sacrificed Their Lives & Just Prance In?
Exclusive
Post Slider 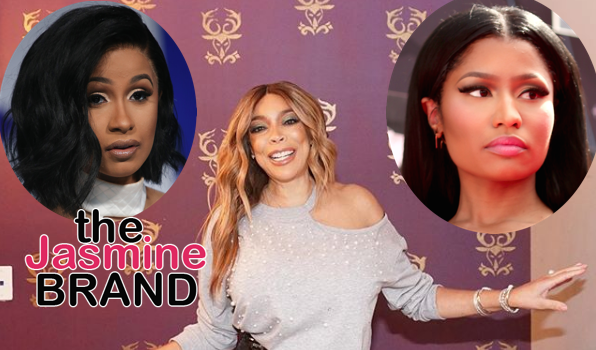