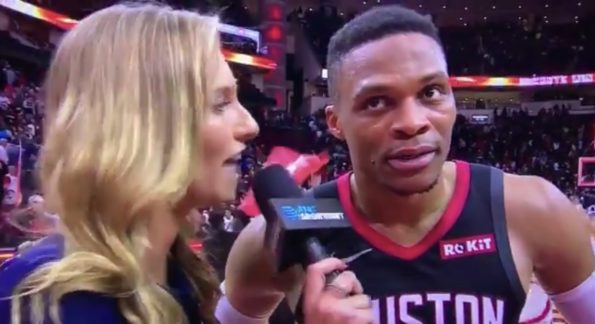 Houston Rockets point guard Russell Westbrook is the definition of a mic drop! After last night’s game against the San Antonio Spurs, Russell Westbrook spoke with a Caucasian female reporter and made a comment that turned some heads!

“When you weren’t on the floor, you’re still actively involved in those timeouts,  encouraging your teammates. How important is it for you to be a vocal leader of this group?”

“It’s very important. As a leader, you gotta lead every single night. Winning, losing, not playing – you can’t be a sometimey a** n*gga! That’s not me. I lead all the time, and I lead by example.”

Oop! Russell Westbrook is known for his no-holds-barred reactions during post-game interviews. Remember when he told a reporter that he was “trippin'” in 2013?

What do you think of Russell Westbrook’s brashness? Let us know in the comments. 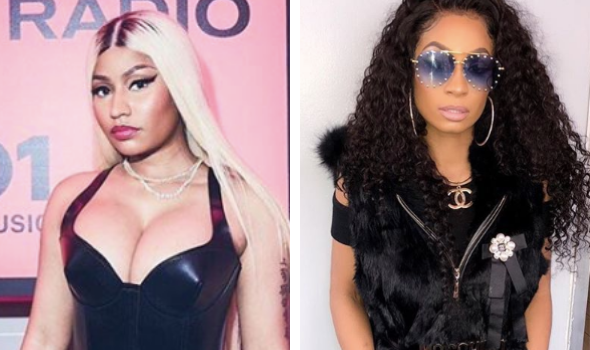