During the Oscar Awards Sunday (Feb. 9), director Bong Joon Ho accepted the award for Best Original Screenplay for Parasites, and gave much of his acceptance speech in another language.

Jon Miller was clearly offended and took to Twitter to speak on it. 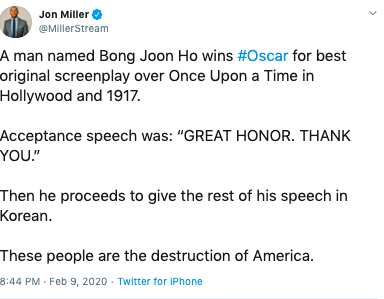 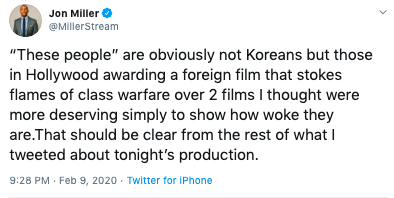 He also took issue with a Frozen medley in another language.

But it was Parasites comment that struck a chord with Chrissy Teigen. She replied to that tweet and wrote,

“What a dumb f***ing tool you are, your family is embarrassed. At gatherings they’re literally like “how’s Jon doing that little dumb f*** tool” and everyone goes “yeah we don’t care he’s a f***ing dumb s***” – come say hi if you’re out tonight”

Chrissy Teigen also had one more response for him. 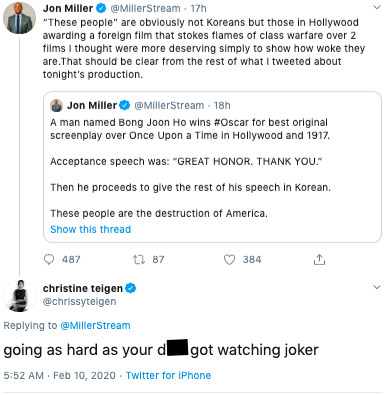 She even replied to a Twitter user who suggested she shouldn’t use so much profanity. 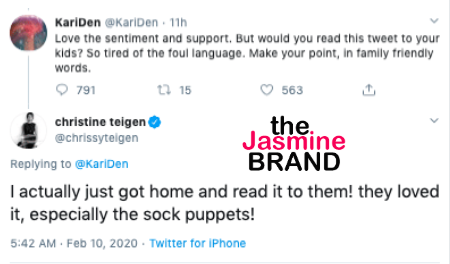 What are your thoughts on Chrissy Teigen’s tweets? Tell us in the comments.
Tags: Chrissy Teigen, jon miller, Oscar Awards, oscars 2020, recommend
Tweet Like Plus Pin It Share 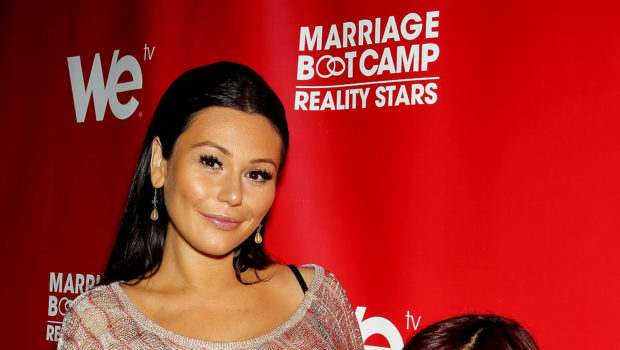 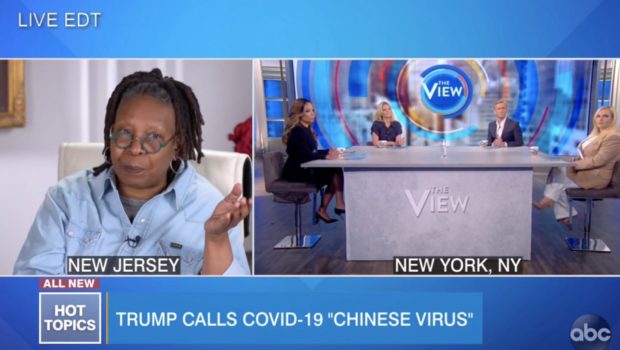