The marathon is continuing just as late rapper Nipsey Hussle predicted. Nearly a year after his passing, Ermias “Nipsey Hussle” Asghedom’s last album, “Victory Lap,” went platinum and he amassed two Grammy Awards. Now, his family is setting out to document his 33 years on earth.

According to an announcement made by his business, Marathon Clothing, and his girlfriend – actress, Lauren London – the family is currently working on negotiating a deal with both Netflix and Academy Award-nominated Ava DuVernay on a documentary on his life. The announcement read:

“Nipsey’s company Marathon Films, will present his feautre film documentary executive produced by RocNation and his two children Emani and Kross Asghedom. No final deal has been inked. We are currently in negotiations with Netflix for this project with Ava DuVernay, and her company ARRAY to co-produce.” 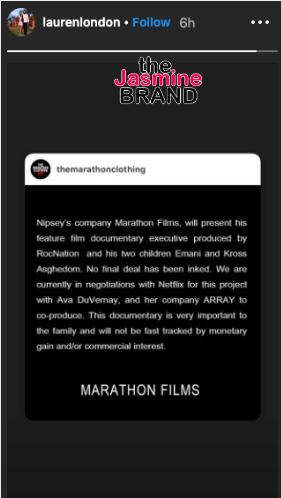 “This documentary is very important to the family and will not be fast tracked by monetary gain and/or commercial interest.”

Lauren London is also keeping her man’s legacy alive by posing as the spokesmodel in his posthumous Puma collaboration.

Ava DuVernay has not yet commented on the project.

Are you ready for a Nipsey Hussle docu? Tell us your thoughts in the comments!

Rick Ross Gives Advice For The New Year: Get Off Yo Big Fat Lazy A** [VIDEO]
Exclusive
Post Slider 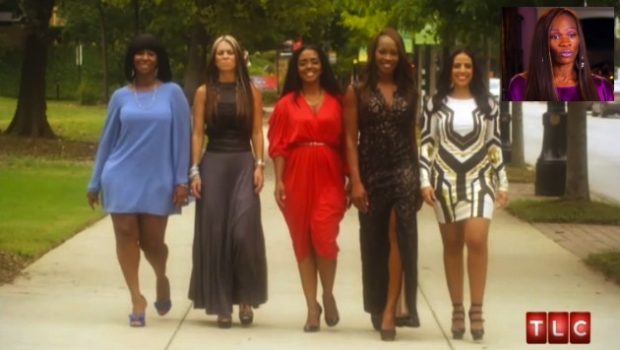 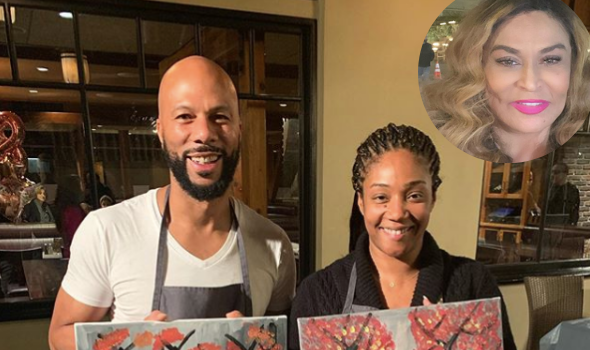 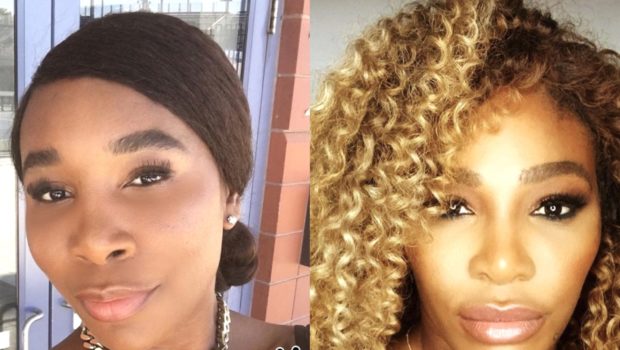