Kandi Burruss Reacts To NeNe Leakes Being Noticeable Absent On RHOA: All I Can Tell You Is We Didn’t Understand [VIDEO]

What’s “Real Housewives of Atlanta” without the Head Peach in Charge? Fans and fellow housewives alike have noticed that NeNe Leakes has been noticeably absent in many of this season’s episodes of the hit Bravo reality show. She acknowledged this at the beginning of the season when she didn’t appear until the third episode. NeNe Leakes posted this hilarious caption on Instagram in November:

“Now that the pre-show has ended, The REAL PREMIERE starts SUNDAY at 8pm on @bravotv…..”

Now that the pre-show has ended, The REAL PREMIERE starts SUNDAY at 8pm on @bravotv…..With existing relationship issues and having people not understanding the role and toll it takes on the care giver, threw our relationship into an emotional roller coaster! We both cried, cussed, slammed doors and prayed. We’re in a marriage so what happens to him, happens to me! If you support 1, you gotta support the other! For anyone to say i was making his cancer about me, has no heart at all and clearly has no understanding about what cancer does to a family. My tears were not for me, they were for him #fuckcancer @americancancersociety TUNE IN! We keep it 1000 in the leakes home ALWAYS??

She also agreed with these fans’ comments that production is edging her off the show. 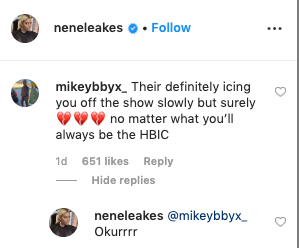 Even “Real Housewives of Potomac” star Monique Samuels is in disbelief at NeNe Leakes’ lack of visibility this season. AOL Entertainment managing editor Gibson Johns posed this question on Twitter:

“Serious question: Has there ever been a full-time Housewife who has been featured *less* during a season than NeNe has been on this season of #RHOA? It’s becoming absurd how many full episodes she’s missing from entirely.”

“It’s getting beyond ridiculous”

“What I will say- and I hate to keep bringing this up – but I have to. Because I know some of you are gonna notice that NeNe was not in another episode…What is going on? Bravo, Truly Original- what is going on?…Why is the OG not on an episode again?…I don’t know. I mean, clearly we don’t know each other’s business when it comes to contracts.”

“I don’t know what she signed for. I don’t know how many episodes she’s supposed to be in. I don’t know how much they payin’ her- I don’t know any of that. So maybe this is something they had already understood going into this season. All I can tell you is we didn’t understand…I don’t know if any of the other girls knew that NeNe wasn’t gon’ be on a lot of episodes this year. Interesting…Well, she’s definitely in next week’s episode.”

#KandiBurruss comments on #NeneLeakes not being on another episode. pic.twitter.com/ZzJDVcVQ8w

Do you miss NeNe Leakes on “Real Housewives of Atlanta?” Let us know in the comments. 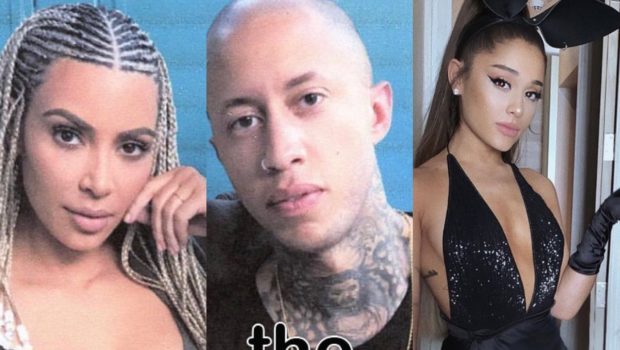 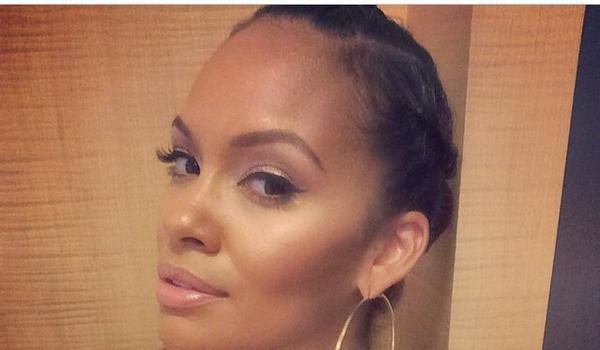