Is Da Brat about to be a Mrs.?

If so, she might not talk about it publicly.

The rapper turned radio personality is reportedly engaged to millionaire entrepreneur Jesseca Dupart, aka @therealbbjudy, who is the owner of the Miracle Drops brand.

Jesseca Dupart seemed to be the first to hint at an engagement when she shared a photo of her hand, that featured a huge diamond on her ring finger earlier this week.

“I said “YES”LOVE has always been a BIG part of my life. And this one thing I am CERTAIN about …… there’s been no other LOVE like this. There’s been nothing that’s been so SURE for me.  LOVE IS IN THE AIR” 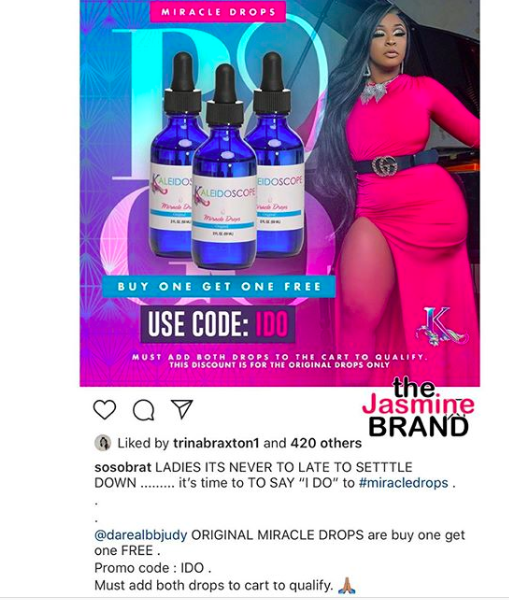 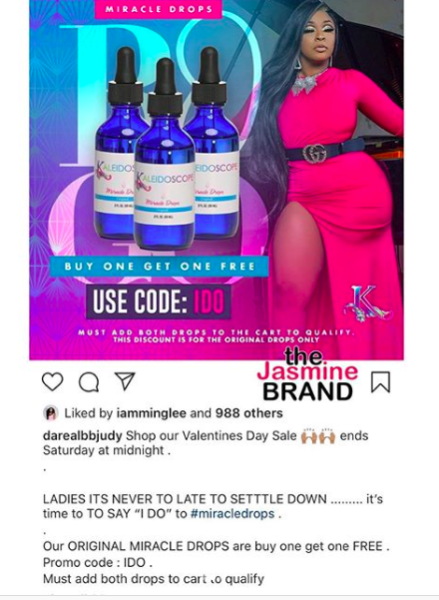 But the reaction to Dupart’s ring post seemed to garner more criticism than she was willing to take.

She shared a cryptic message on her IG story about being private about her relationships.

“I honestly USED TO love to share everything with y’all but social media has given TOO many people a FALSE sense of what reality is. It also complicates relationships and the TROLLS are at an all time high. In choosing a more private LOVE life I’ve noticed a BIG difference. It’s been soo many things I wanted to share with y’all but rather share with my closest friends.” 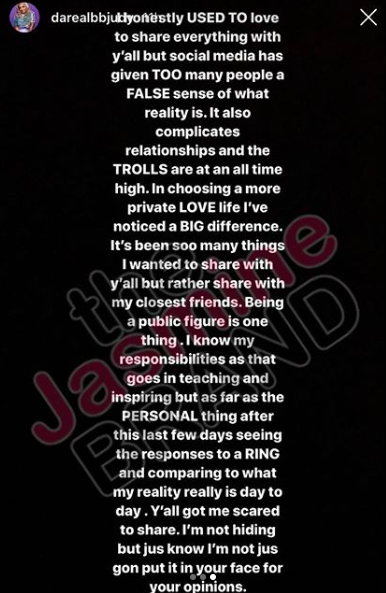 “Being a public figure is one thing. I know my responsibilities as that goes in teaching and inspiring but as far as the PERSONAL thing after this last few days seeing the responses to a RING and comparing to what my reality really is day to day Y’all got me scared to share. I’m not hiding but jus know I’m not jus gon put it in your face for your opinions.”

Do you think Da Brat is engaged? Tell us in the comments. 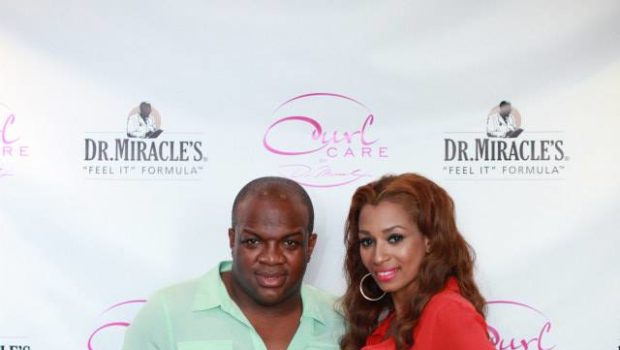