Vanessa Bryant is speaking out, addressing allegations that the Los Angeles sheriff’s department allegedly shared photos the helicopter crash that killed her husband, Kobe Bryant, daughter Gianna Bryant and 8 others.

She shared the statement on her social media, which was released by Vanessa’s attorney, Gary C. Robb.

CORRECTED: The department at issue is the Los Angeles County Fire Dept (LACoFD) NOT the LAFD KANSAS CITY, Mo.–(repost: BUSINESS WIRE)–Statement From Gary C. Robb, Legal Counsel on Behalf of His Client, Vanessa Bryant: Our client, Vanessa Bryant, is absolutely devastated by allegations that deputies from the Lost Hills Los Angeles County Sheriff’s Department and Los Angeles County Fire Department publicly disseminated photos from the helicopter crash site. Mrs. Bryant personally went to the Sheriff’s office on January 26th and requested that the area be designated a no-fly zone and protected from photographers. This was of critical importance to her as she desired to protect the dignity of all the victims, and their families. At that time, Sheriff Alex Villanueva assured us all measures would be put in place to protect the families’ privacy, and it is our understanding that he has worked hard to honor those requests. First responders should be trustworthy. It is inexcusable and deplorable that some deputies from the Lost Hills Sheriff’s substation, other surrounding substations and LACOFD would allegedly breach their duty. This is an unspeakable violation of human decency, respect, and of the privacy rights of the victims and their families. We are demanding that those responsible for these alleged actions face the harshest possible discipline, and that their identities be brought to light, to ensure that the photos are not further disseminated. We are requesting an Internal Affairs investigation of these alleged incidents. Mrs. Bryant is grateful to the individual who filed an online complaint exposing these acts of injustice, and for the choice to protect human dignity. We ask that anyone else who has information as to the facts underlying these alleged grievous and shameful incidents contact our office at 816–474-8080 or email via www.robbrobb.com

In one part of the statement, it reads:

“First responders should be trustworthy. It is inexcusable and deplorable that some deputies from the Lost Hills Sheriff’s substation, other surrounding substations and the LAFD would allegedly breach their duty. This is an unspeakable violation of human decency, respect, and of the privacy rights of the victims and their families.”

As previously reported, on Feb. 28th, deputies released a statement addressing reports saying that they are “deeply disturbed at the thought deputies could allegedly engage in such an insensitive act”.  Capt. Jorge Valdez, the head of the bureau, said that an investigation into the department will be first priority,

“A thorough investigation will be conducted by the department, with the No. 1 priority of protecting the dignity and privacy of the victims and their families.”

Last month (Feb. 24th), Vanessa filed a lawsuit against the helicopter company, Island Express, claiming that the company could only fly under certain safety conditions, which weren’t in effect the day of the Jan. 26 accident. It was previously reported that fog may have been a factor in the accident and the pilot was flying in blinding conditions before the accident.

Last month, a memorial was held.

What are your thoughts about Vanessa Bryant’s statement? Let us know in the comments! 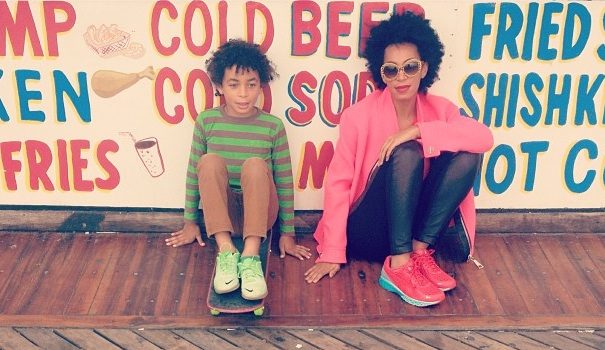