Despite the global pandemic and quarantine, rappers Da Baby, MoneyBagg Yo, and Blac Youngsta are set to move forward with their upcoming 4th of July party and concert. 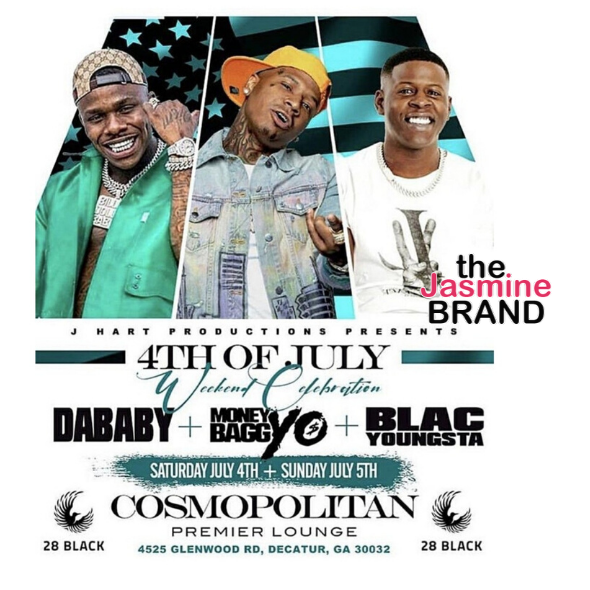 Meanwhile, some states have been scaling back on their plans to reopen due to an increase in COVID-19 cases. Notably, comedian D.L. Hughley, who was diagnosed with COVID-19 following a frightening video showing him fainting during a Juneteenth performance at a Nashville, Tennesse comedy club, indicated that his radio co-hosts and family members have all contracted the coronavirus after being around him except for his daughter, whom he says had always been wearing a mask.
In an interview earlier this week, the comedian gave a timeline of what happened and how he believed he contracted the virus in Dallas, Texas:

I got back that Monday. That Tuesday I’d gone to, you know, do the radio show. And then I did the TV show on Wednesday and then I flew out to the thing in Nashville. Everybody who I came into contact with on Tuesday at the radio show tested positive, everybody. My son, my co-hosts, my other co-hosts all of them except for my daughter, who wore masks the whole time so that was most likely when it happened. 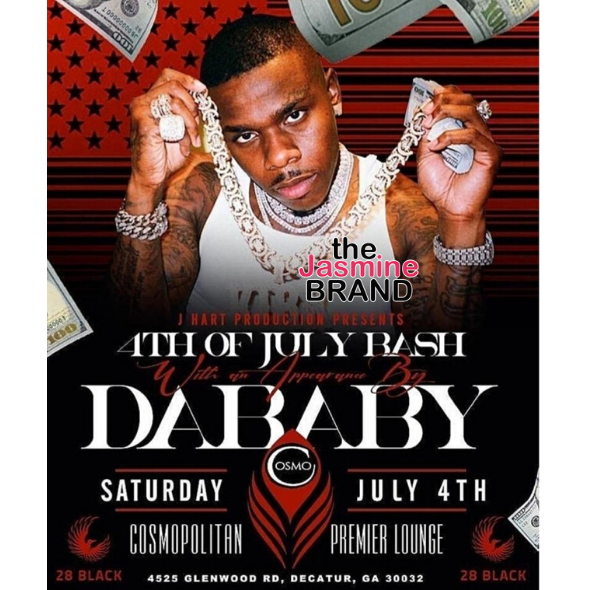 WSB-TV, a news station in Atlanta, Georgia, says that three counties have issued health alerts after they report that Georgia had almost 3,000 confirmed cases of COVID-19 as of July, which includes DeKalb County where DaBaby, MoneyBagg Yo, and Blac Youngsta’s event is to be held. Despite this, the rappers have not announced any plans to postpone or cancel the event that is scheduled to be held at the newly-renovated Cosmopolitan Premier Lounge in Decatur, Georgia.
What do you think about the trio moving forward with their concert? Tell us in the comments!
Tags: blac youngsta, coronavirus, COVID-19, D.L. Hughley, Da Baby, Decatur, eventbrite, GA, Moneybagg Yo, Pandemic, recommend
Tweet Like Plus Pin It Share

Update: Future Releases Statement After His Security Is Punched & Knocked Out – They Asked To Suck My Privates For A Picture
Exclusive
Post Slider 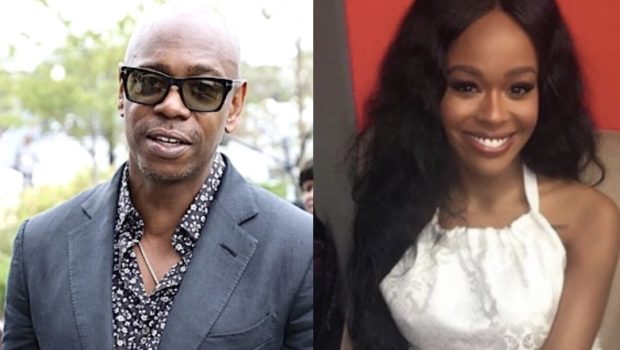