Update #3 (July 14th): Four of the five suspects named in Pop Smoke’s death are facing murder charges. Two of them, Corey Walker and Kenadre Rogers, could get the death penalty, or life in prison without the possibility of parole, according to reports.

Two of the minor suspects, one 17 and one 15, have been charged with one count of murder a robbery.

While the fifth suspect, Jaquan Murphy, was arrested for attempted murder, the L.A. County District Attorney’s Office has not reported charges against him. 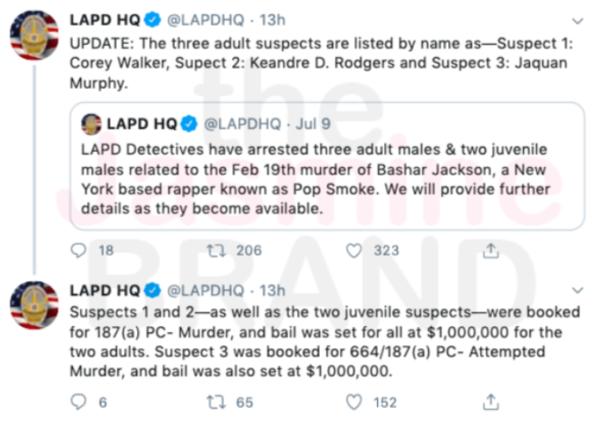 Original Story: Although police were struggling to find a viable witness involved in the fatal shooting of rapper Pop Smoke, 5 suspects have reportedly been detained.   The suspects so far that have come forward have switched up their stories of what happened or could be lying altogether. There was no one outside or even close to the home where Pop Smoke was fatally shot.

On the heels of the release of Pop Smoke‘s posthumous album, “Shoot For the Stars, Aim For the Moon,” according to reports, multiple search warrants were issued in Los Angeles today (July 9th) revolving around the rappers death.

“Our law enforcement sources tell us the LAPD served multiple search warrants around Los Angeles early Thursday morning, and 5 people were arrested on warrants in connection to the rapper’s murder.”

The source adds that 3 adults and 2 juveniles were arrested. No word on what they were arrested for, but all 5 people will be interviewed and booked by police.Surveillance footage showed that Pop Smoke’s home invasion was not a robbery-gone-wrong, but a targeted event. 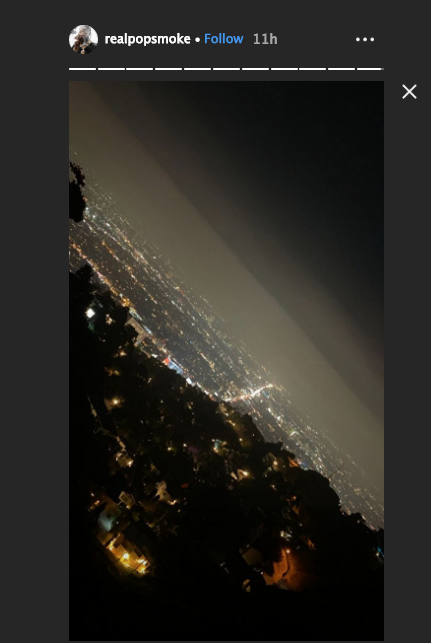 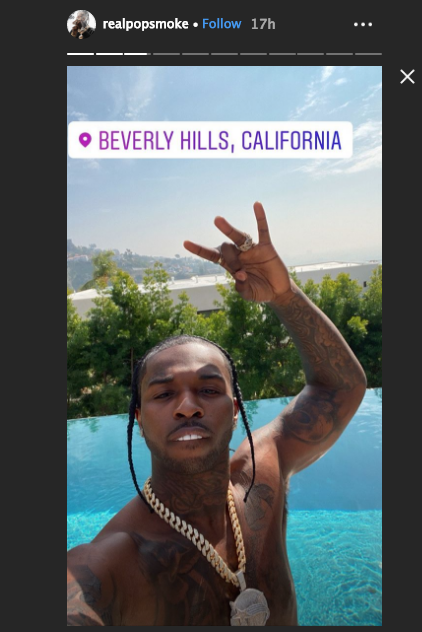 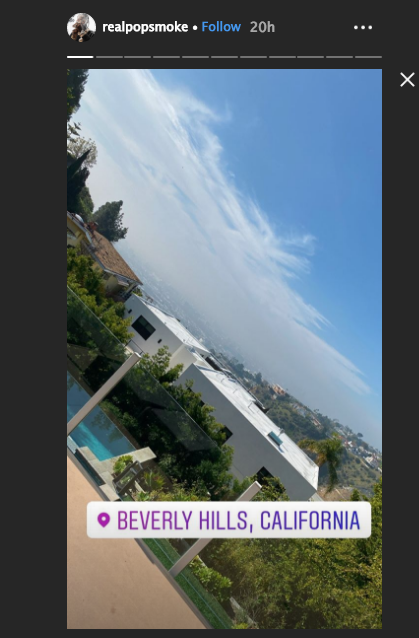 As we previously reported Pop Smoke (real name Bashar Barakah Jackson), was shot and killed, February 19th after his Hollywood Hills home was robbed around 4:30 a.m PST. According to reports, 2 men wearing hoodies and masks, broke into the house firing multiple shots, striking and critically wounding him. The men fled the scene.

Pop Smoke was rushed by ambulance to Cedars-Sinai Medical Center in West Hollywood where he was pronounced dead. Prior to his death, Pop Smoke was active on social media, posting photos from what appeared to be from his home.

Although he showcased expensive gifts and briefly showed the address of the home on Instagram, the intruders left with nothing.

We previously reported that his brother and rumored housemate denied any involvement.

Leave your thoughts on the updates to Pop Smoke’s death below.