Tamar Braxton Speaks Out For The First Time Since Her Hospitalization: I’m Learning To Grow Through My Pain Instead Of Escaping From It

Singer and reality star Tamar Braxton has spoken out for the first time since her hospitalization on July 17, after she was found unresponsive in her hotel room by her boyfriend, David Adefeso.

Ever since the ‘Love and War’ singer came back into consciousness, only her sisters, WeTv, and Vh1 have spoken out publicly about the near fatal incident. Now, Tamar is feeling strong enough to speak her piece about some of the things she has endured that led to her almost losing her life.

In a lengthy Instagram post, Tamar Braxton took the time to thank everyone for their prayers and well wishes. She also detailed some of the false promises that she dealt with and her portrayal on reality television,

“Over the past 11 years there were promises made to protect and portray my story, with the authenticity and honesty I gave. I was betrayed, taken advantage of, overworked, and underpaid. I wrote a letter over 2 months ago asking to be freed from what I believed was excessive and unfair. I explained in personal detail the demise I was experiencing. My cry for help went totally ignored. However the demands persisted. It was my spirit, and my soul that was tainted the most. There are a few things I count on most to be, a good mother, a good daughter, a good partner, a good sister, and a good person. Who I was, begun to mean little to nothing, because it would only be how I was portrayed on television that would matter. It was witnessing the slow death of the woman I became, that discouraged my will to fight. I felt like I was no longer living, I was existing for the purpose of a corporations gain and ratings, and that killed me.”

Tamar also opened up about the importance of mental health and that her battle with WeTv has greatly impacted her mental health. The singer also promises that now that she’s in recovery, she will use her voice to advocate for mental health awareness,

“Mental illness is real. We have to normalize acknowledging it and stop associating it with shame and humiliation. The pain that I have experienced over the past 11 years has slowly ate away at my spirit and my mental. I will do everything in my power to aid those who from mental illness, including those of us who’s mental illness was only a result from the toxic, systemic, bondage that dwells television. It was only God’s grace and his mercy on my attempt to end my pain and my life that I am here to utilize my voice.”

Tamar Braxton ends her post with a powerful message, and plans to continue her treatment for the sake of her 7 year old son, Logan, who she shares with ex-husband Vince Herbert,

“I am learning to grow through my pain instead of looking for an escape. I’m on an irreversible path to healing, I am taking my time. It is of the utmost importance that I find my happy and my health, through professional treatment for the sake of my whole heart, Logan, who I forgot in my moment of distress and desperation. And giving this journey my undivided attention. My rise will not be in vain.” 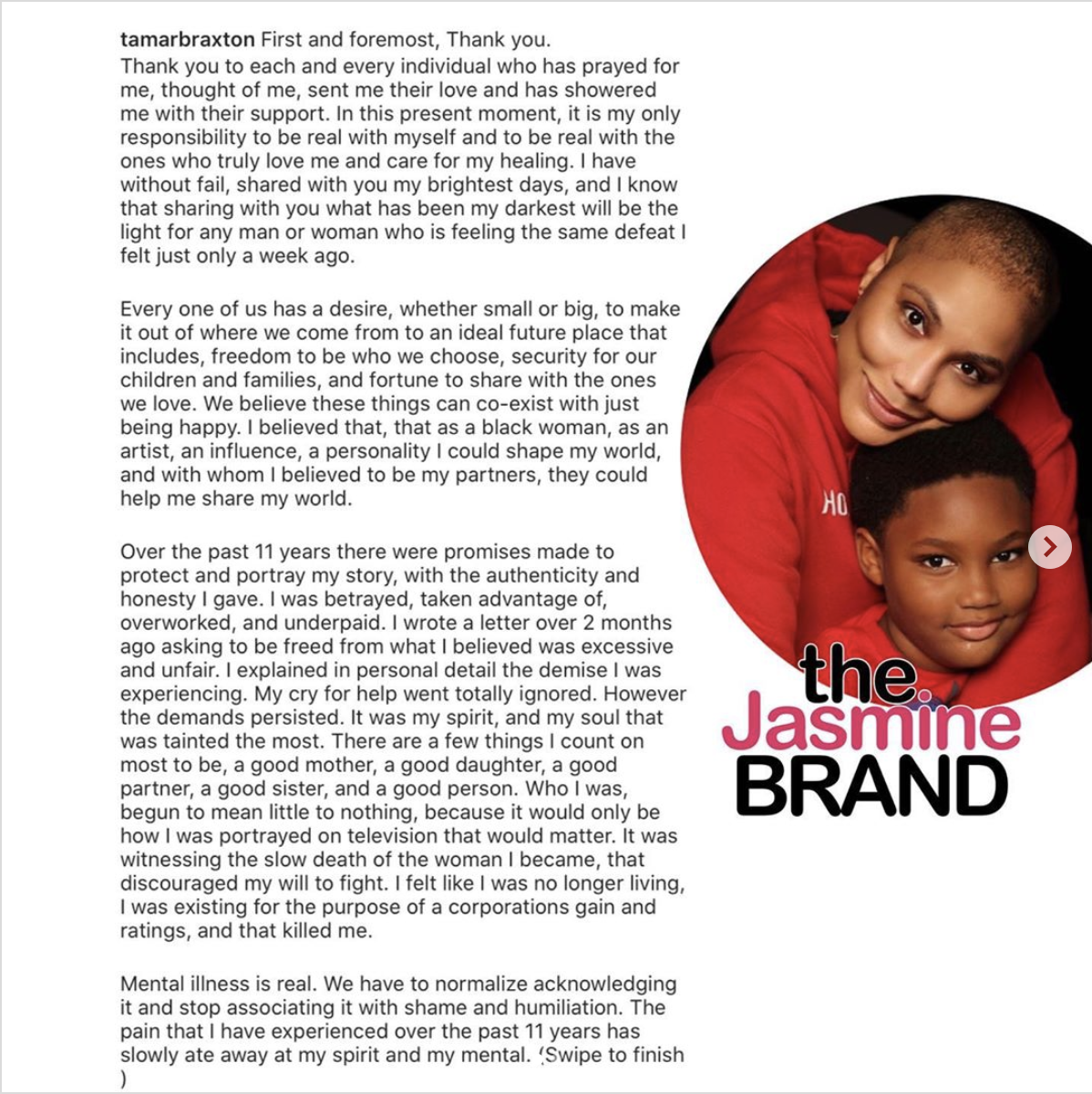 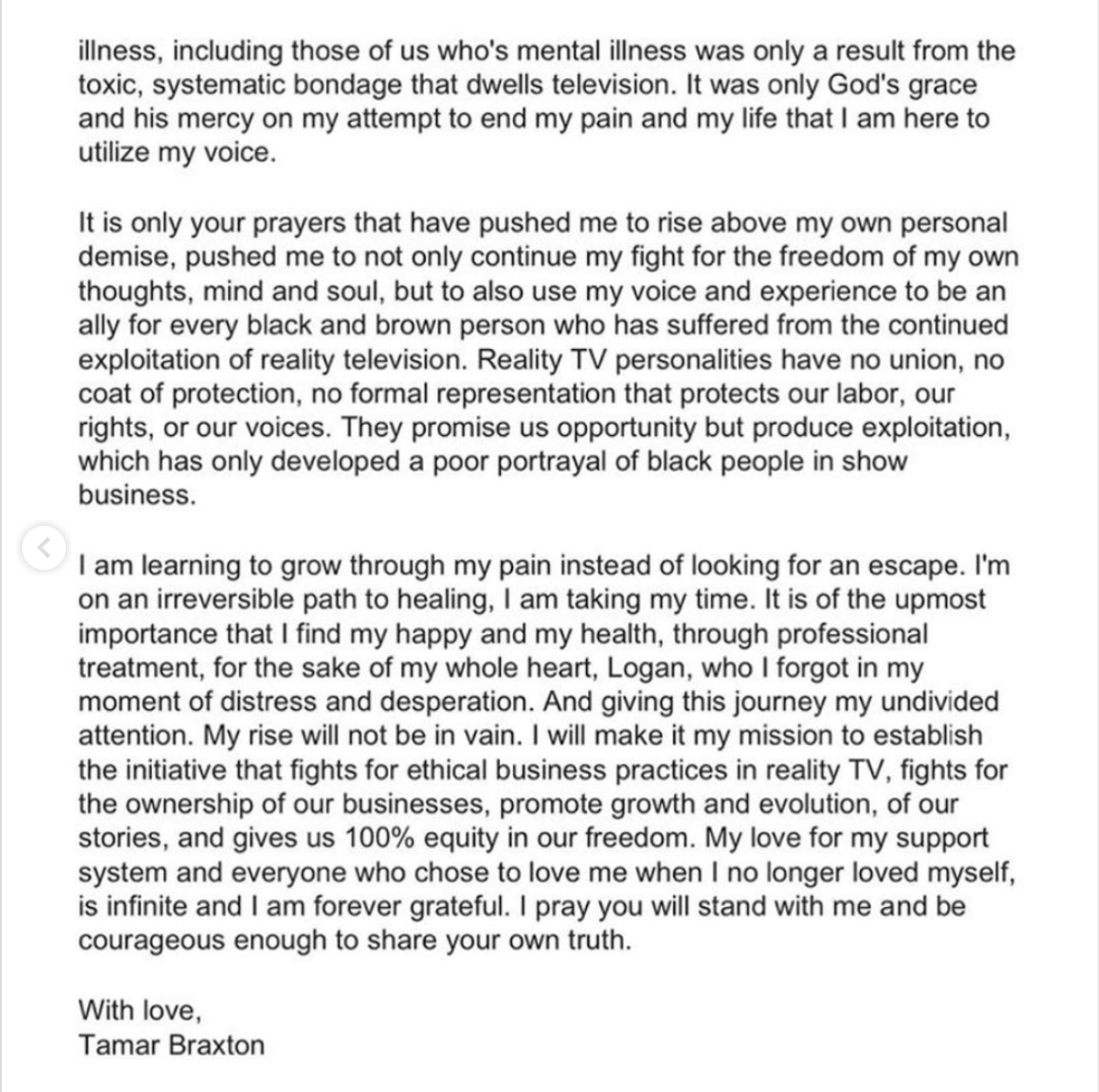 Amid Tamar’s near fatal suicide attempt, WeTv recently announced the decision to postpone her new show, “Tamar Braxton: Get Ya Life”. In a statement, the network announced that,

“Tamar Braxton has been an incredibly important member of the WeTv family for more than a decade, and our first concern is for her recovery and well being. Given the current situation, we are postponing the premiere of ‘Tamar Braxton: Get Ya Life!’ until September 10. This series was conceived by Tamar and is a real portrait of a dynamic woman juggling the demands of being a single mother, a new relationship and her career. We know, when the time is right, Tamar’s fans will relate to seeing this honest portrait of her life, but – at this moment – we are joining with her fans and sending strength and healing in the hope that she is getting the support and help she needs at this difficult time.” 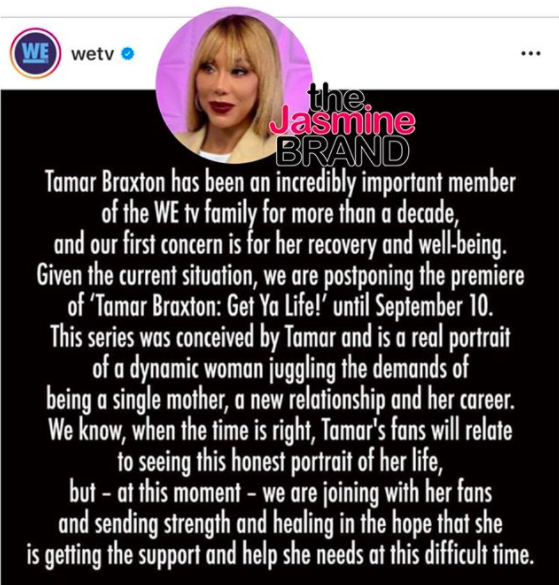 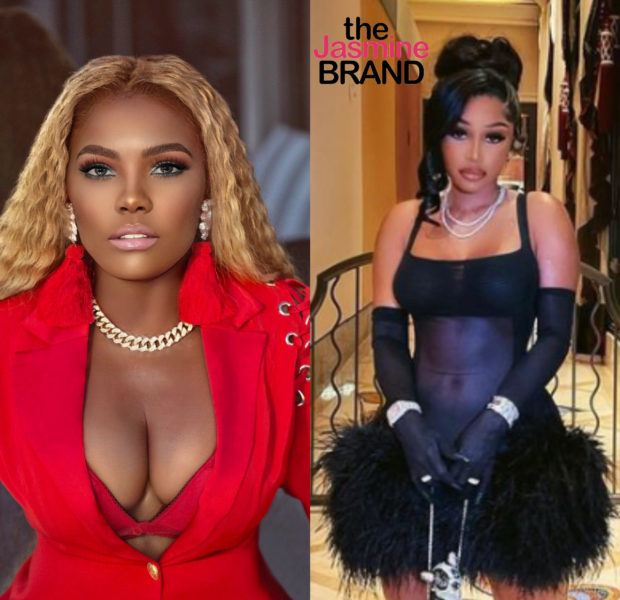 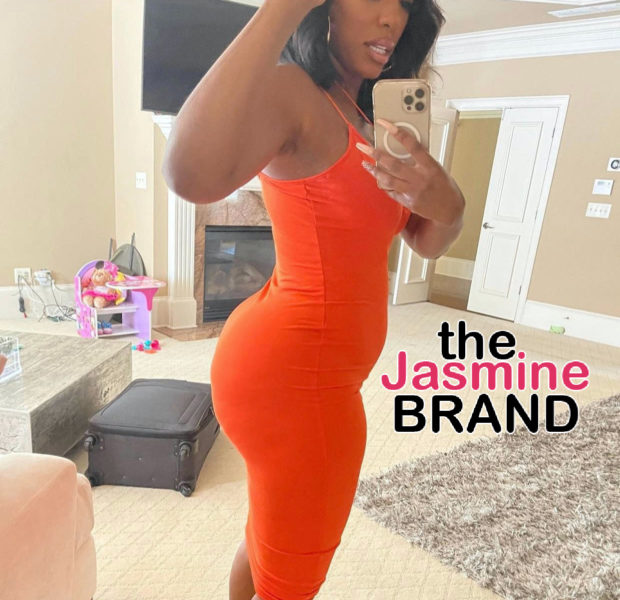 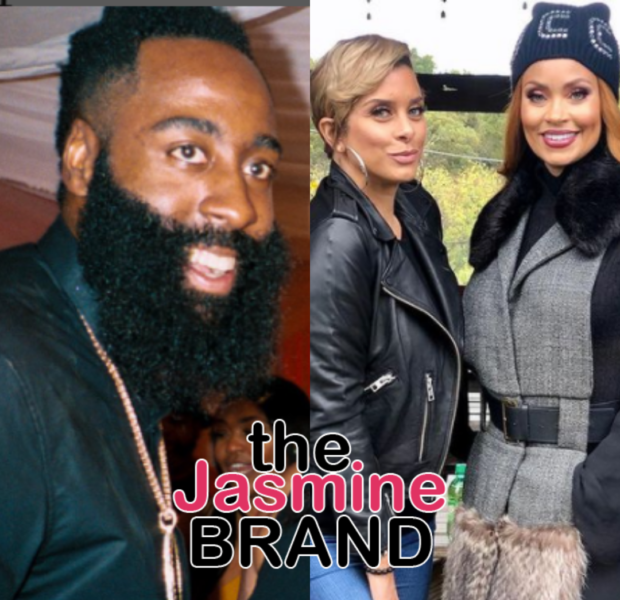 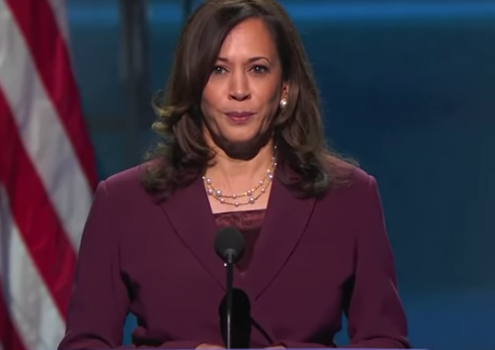 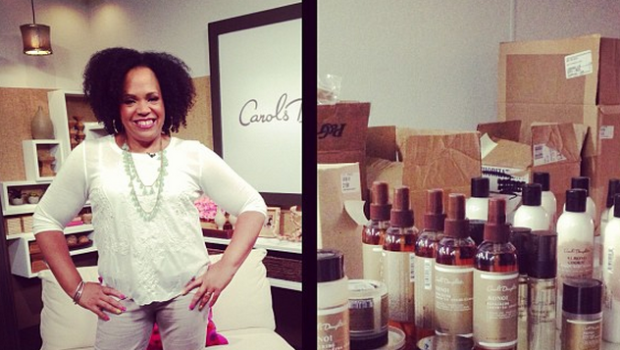 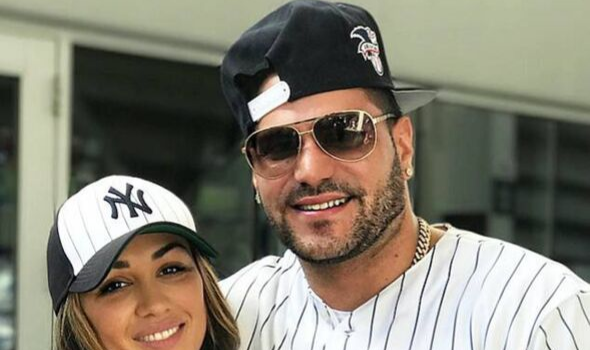