After starring in successful films like Girls Trip and Nobody’s Fool, Tiffany Haddish now wants to get into the business of filmmaking.

The star told TMZ during a recent interview that she has hopes of starting her own movie studio one day.

She said that famed film director and actor Tyler Perry’s recent billionaire status served as her inspiration, considering much of his wealth comes from Tyler Perry Studios that he opened in Atlanta last fall.

“She Ready Studios. I would love to do that. I talk to Tyler all the time. He’s teaching me.”

She added that she’s surrounding herself with people who have already accomplished what she wants to in the future. She pointed out that she went on a hike with a group of billionaires recently.

“I’m just picking their brain while we’re looking at big trees, about how do you build business, how do you build storefronts, ’cause I don’t know. The best way to know is to talk to people who do know.”

Meanwhile, she said she’ll be making history if she takes home the Outstanding Variety Special (Pre-Recorded) Emmy Award that she’s currently nominated for thanks to her Netflix special Black-Mitzvah.

“If I win, I’ll be the first African-American, Jewish female to win in that category.”

Because of COVID-19, all of the nominees had to record and send in their speeches before knowing if they actually won.

Tiffany Haddish recently revealed that she was diagnosed with COVID-19.

“I was working on a movie, and someone in the movie contracted coronavirus, right? I wasn’t in direct contact with them, but they sent all of us home and stopped the movie. Then they suggested that I go get tested. I went and got tested, got the results two days later, they said I did not have the coronavirus. Then someone else I know who was around the week before, they contracted the coronavirus and so I went and got tested again… Anyway, I get the test, I’m not feeling any symptoms or anything, it comes back two days later and they say I did have the virus.”

What are your thoughts on Tiffany Haddish’s aspirations? Comment and let us know! 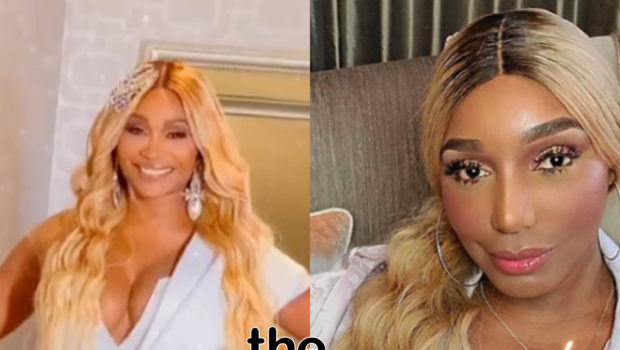