Did Kanye West just file a trademark for his campaign slogan?

The rapper and presidential candidate reportedly requested the rights to the phrase “God Save America” just ahead of Election Day, sparking speculation that he wants to use it as his campaign slogan.

He wants to use God Save America for merchandise like hoodies, sweaters, and shirts, according to reports.

Kanye West is said to have filed for the trademark earlier this month, just before he debuted his first campaign ad on Monday (Oct. 12th).

He said in the ad:

“What is America’s destiny? What is best for our nation, our people? What is just? True justice? We have to think about all these things, together as people, contemplate our future. To live up to our dream, we must have vision. We as a people will revive our nation’s commitment to faith, to what our Constitution calls the free exercise of religion, including of course prayer. Through prayer, faith can be restored. We as a people are called to greater purpose than ourselves.”

He continued and said Americans are a “beacon to the world” as well as “servants to each other.” He said it’s the citizens’ job to uplift one another as Americans, and act in faith.

“By turning to faith, we will be the kind of nation, the kind of people God intends us to be.”

A write-in has already happened as he posted one ballot that showed his name written in and also listed him as a VP candidate in California for the American Independent Party (AIP), according to reports. 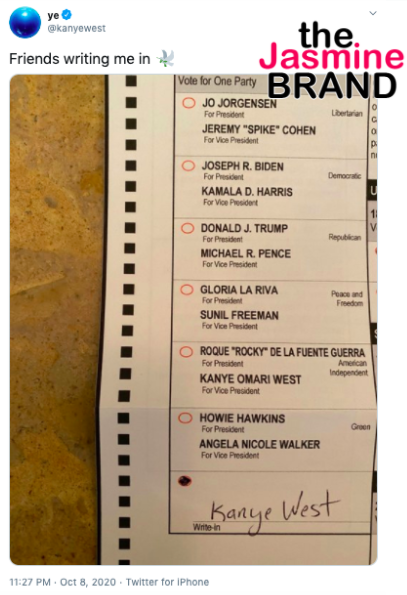 That party’s presidential candidate is Roque “Rocky” De La Fuenta Guerra, who owns De La Fuenta car dealerships. He previously ran for president as a Democrat before going Independent in 2016.

What do you think of Kanye West’s trademark attempt and his campaign ad? Comment and let us know. 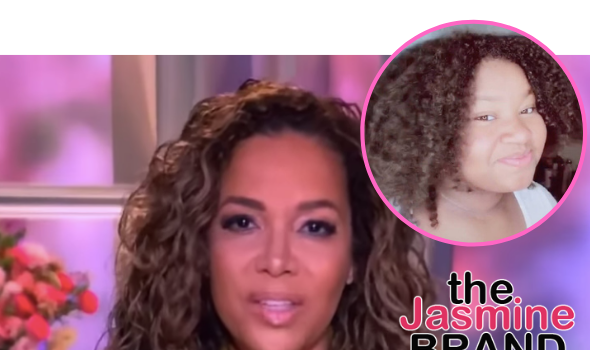 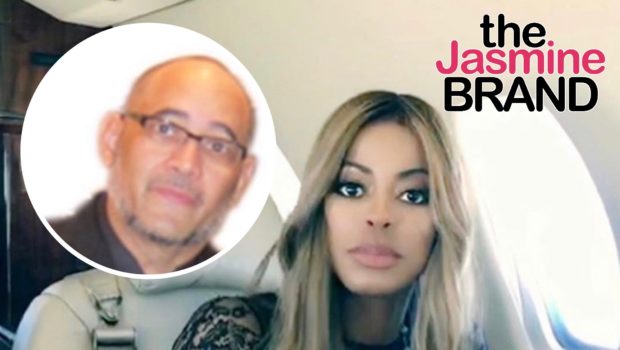