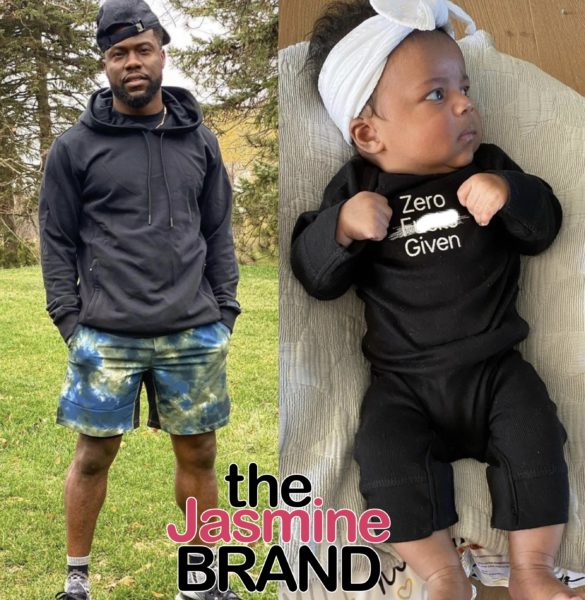 Comedian Kevin Hart is receiving backlash from fans for dressing his newborn daughter, Kaori Mai in a “profanity laced” outfit. Kevin’s recent Instagram post has sparked controversy as he shared a sweet photo of his baby girl. Baby Kaori had on an outfit that read, “zero f**ks given’, which is the name of Kevin’s new comedy special, “Zero F**ks Given“. Kevin captioned the photo,

““Zero F**ks Given”……My baby supporting her daddy on opening day!!!! Zero F**ks given is streaming on NETFLIX NOOOOOOOWWW!!!!! Go get some comedy in yo life damn it!!!!! #ComedicRockStarShit” 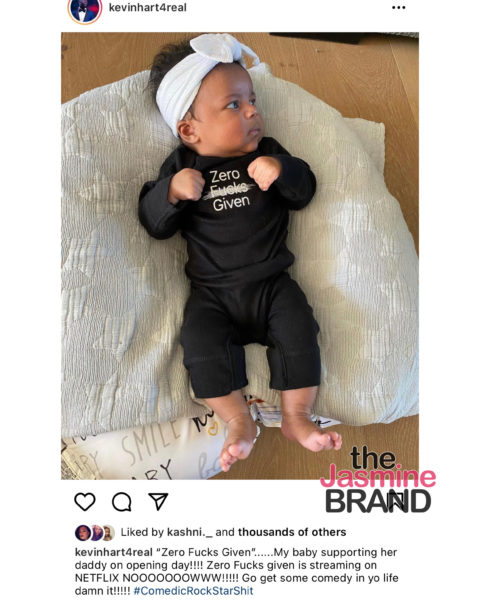 While some fans could not get enough of little Kaori Mai and her cuteness, some expressed their disapproval as to why Kevin would dress his baby in an outfit with profanity written on it. 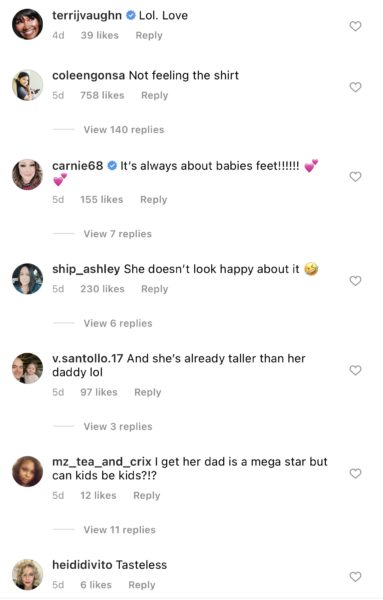 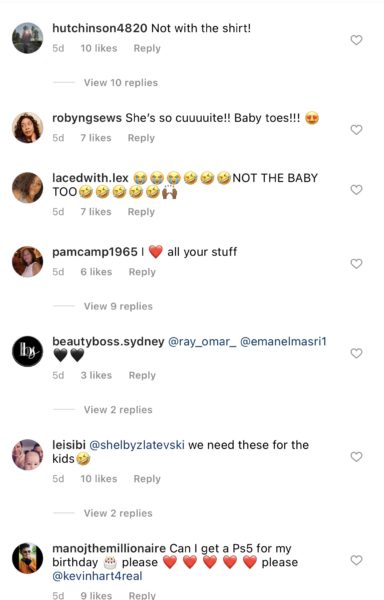 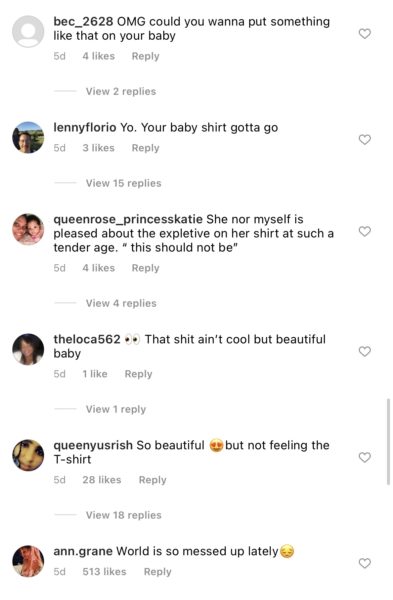 On Sunday (Nov.22), The 41-year-old took to Instagram to share his disbelief that people found a problem with the photo of his daughter and said that people ‘need to grow up’. Kevin wrote,

“This is the world that we are currently living in….shit is funny and sad at the same time..Y’all motha f**ka’s need to grow up and get a hobby. What’s happening out here…once again I could give “Zero F**ks”……Now go watch my special on NETFLIX “Zero F**ks Given” …..Stupidity at the highest level. #ComedicRockStarShit …..This is why my mindset is what it is in my comedy special ….as said in “Zero F**ks Given” y’all are THE FEDS.” 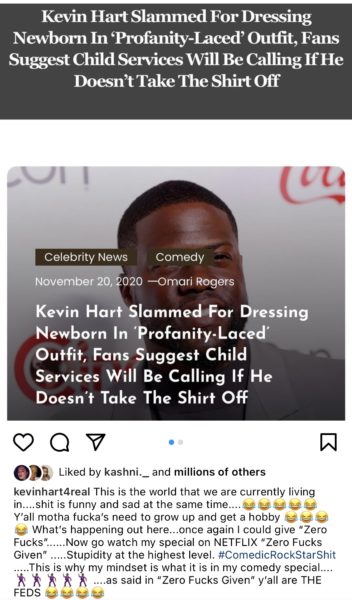 No F**ks Given, debuted on Netflix on (Nov.17) becoming his sixth Neflix- aired comedy special. The special was filmed inside of Kevin’s home with a handful of people wearing masks and sitting on socially distanced couches. Kevin discusses several topics like adapting to the struggles of being in quarantine due to Covid-19, his children growing up, and life as a 41-year-old.

What are your thoughts? Let us know below. 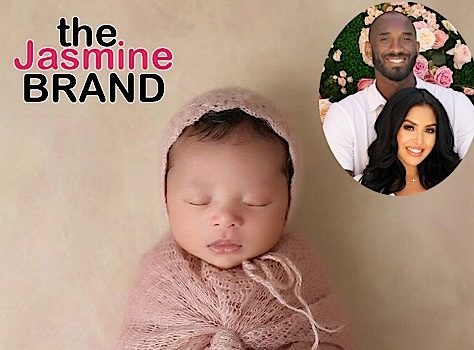 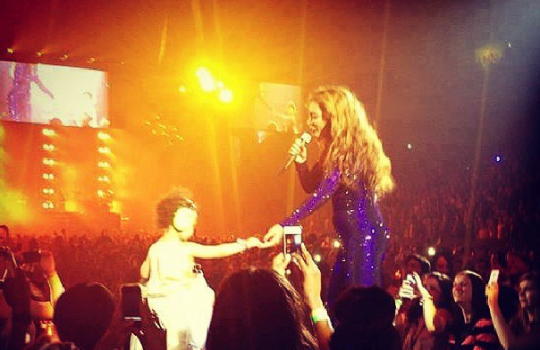