Rickey Smiley is weighing in on audio of Kirk Franklin and his son Kerrion Franklin’s heated exchange.

Kerrion Franklin, 33, leaked the audio of the profanity-laced dispute over the weekend and shared his side of their tumultuous relationship in the caption. 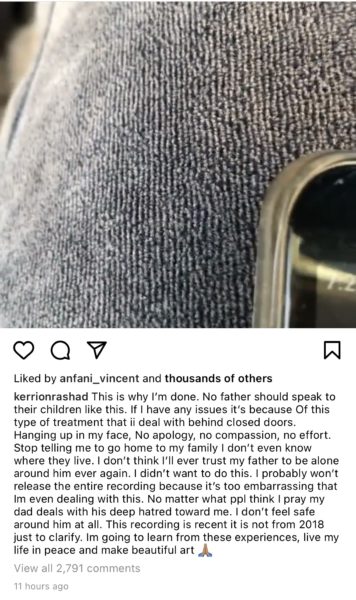 Kirk Franklin later responded and apologized on his own Instagram. He explained that he and Kerrion have had a toxic relationship and are going to therapy. 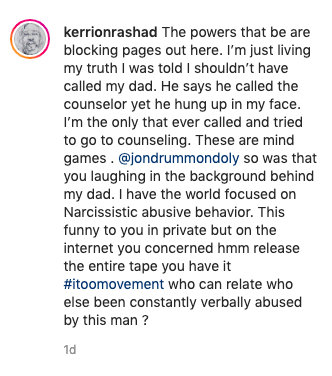 Rickey Smiley is sharing his opinion and said Kirk Franklin didn’t need to apologize at all. He said on his radio morning show,

“Cut ’em off parents! Whoever said blood is thicker than water is the biggest lie that’s ever been told. It’s people that’s not related to you who will show you more love and respect than your own biological kids or nieces or nephews or cousins or mama or daddy. Family is people who you surround yourself with who give you love and affection. That’s your family. You get to create your family. You don’t get to choose who you’re biologically related to but you get to create who you surround yourself with.”

“Stop kissing these kids’ a** just because they’re yours or trying to overcompensate for their lack of — father not being there, mother not there. Love who loves you. Love yourself enough to not get disrespected by no negro! Whether they’re yours or not, cut ’em off!”

He went on to speak on his life and said,

“People that you ain’t did nothin’ for love you to death…and then people that you have made personal sacrifices for — stood on stage and did three shows in a comedy club and you done did radio that morning, you got three shows at the Improv to pay tuition, only to be disrespected and called all kinda ‘F’ ‘Ns.’ C’mon!”

“Stop giving ’em so much. Focus on giving kids more of what we had as opposed to what we did not have. The message in all this? Love who loves you. And if they don’t love you and can’t give you the respect, to hell with ’em. Block ’em out of your phone and block ’em out of your life. Let them negroes go and be a nuisance to somebody else.”