While promoting the upcoming boxing match between Floyd Mayweather and Logan Paul, it looks like the boxer got into it with Jake Paul instead!

Floyd Mayweather and Logan Paul have a boxing match scheduled for June 6th, so the pair met up in Miami yesterday (May 6th) to promote it. During their face-to-face, Floyd Mayweather stated that he was willing to face off against both Logan Paul and his brother, Jake Paul. In a live stream taken by TMZ, viewers can hear Mayweather telling the YouTubers:

“Guess what? I’m willing to fight both of you the same night.”

He also claimed that the brothers were “two fake fighters,” to which Logan Paul replied:

“The only thing that’s fake on this stage is Floyd’s f**king hairline.”

However, it was after the face-off when things really got spicy. In a video uploaded to Jake Paul‘s Instagram, viewers can see him snatch Mayweather‘s cap–exposing his aforementioned hairline and causing a scuffle to ensue.

The YouTuber also posted a TikTok version of the video on Twitter, with the caption “went as planned.” He later issued another tweet against Mayweather, calling his fights “boring.”

Jake Paul also changed his name to “GOTCHA HAT”–and that’s not all. He also shared that he has released “gotcha hat” merch and even got a tattoo of the phrase.

Despite Jake Paul‘s merch and claims of the incident “going as planned,” his brother Logan Paul claims the altercation was not staged. Speaking to TMZ Sports earlier today (Friday, May 7th), he stated:

It turns out that Floyd Mayweather indeed did not find the stunt funny–in fact, he was reportedly furious! The boxer allegedly responded to the incident by shouting:

Yaya Mayweather—Floyd Mayweather‘s daughter–has also expressed her opinion over the incident, claiming Jake Paul will be “layed out” on June 6th (the day of the scheduled fight).

She also took the time to dispute Jake Paul‘s claims of getting a black eye from one of Mayweather‘s bodyguards, showing that it may have been Mayweather himself who did the deed.

It looks like the June 6th fight between Floyd Mayweather and Logan Paul will now include Jake Paul after he added some fuel to the fire through the altercation.

What are your thoughts on the incident between Jake Paul and Floyd Mayweather? Comment down below to let us know! 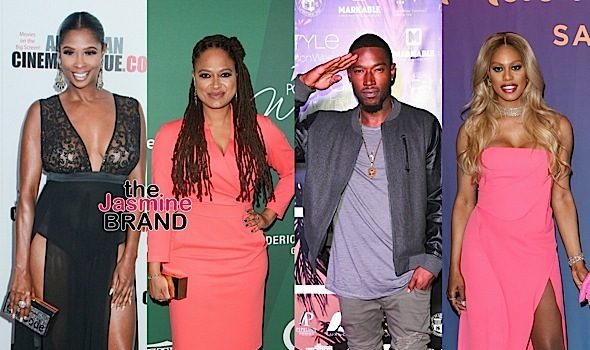