In the wake of Kobe Bryant‘s induction into the Basketball Hall of Fame (HOF), family friend Anansa Sims has come out with claims that his family was not invited to the ceremony and that they were “disrespected.”

Anansa Sims–who is best friends with one of Kobe Bryant‘s sisters, Shaya, and girlfriend to former NBA star Matt Barnes–initially went to Instagram to share a repost from Shaya. The post mainly consisted of old family pictures and was accompanied by a lengthy, reflective caption.

Shortly after this repost, however, Anansa Sims went on to make comments alleging that Kobe Bryant‘s parents were not treated properly during the induction process. In one now-deleted comment, Sims claimed:

“They were asked by a 3rd party from The Hall of Fame if they wanted to purchase tickets to the HOF. Purchase. It was made clear that tickets, flights and hotel accommodations wouldn’t be taken care of.”

“His parent didn’t just choose not to go to the HOF. His parents were totally disrespected at his memorial. They weren’t personally invited to the HOF.” 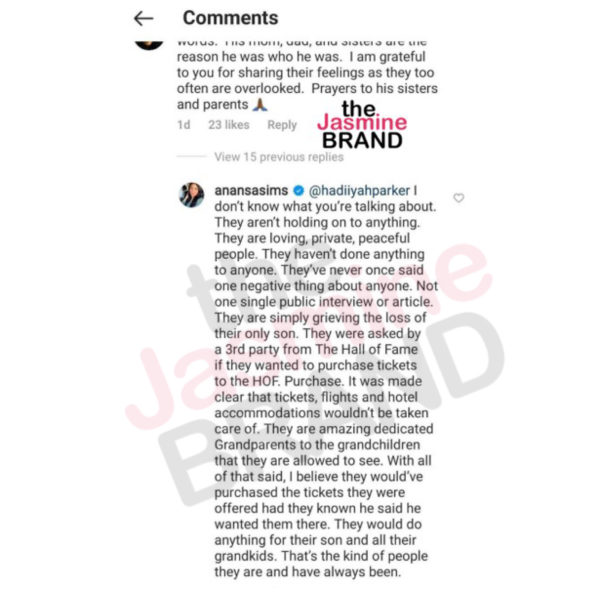 In addition to alleging that the HOF did not invite Kobe Bryant‘s parents, Anansa Sims also referenced Vanessa Bryant‘s claims during her speech that Kobe wanted his parents to attend his induction. Sims claimed:

“I believe they would have purchased the tickets they were offered had they known he said they wanted them there.”

“If they would’ve known that prior to hearing it in the HOF speech last night, I believe with all my heart that they would’ve attended. And I believe it would’ve brought them so much comfort to know that, that’s what was in their Sons [sic] heart and mind.” 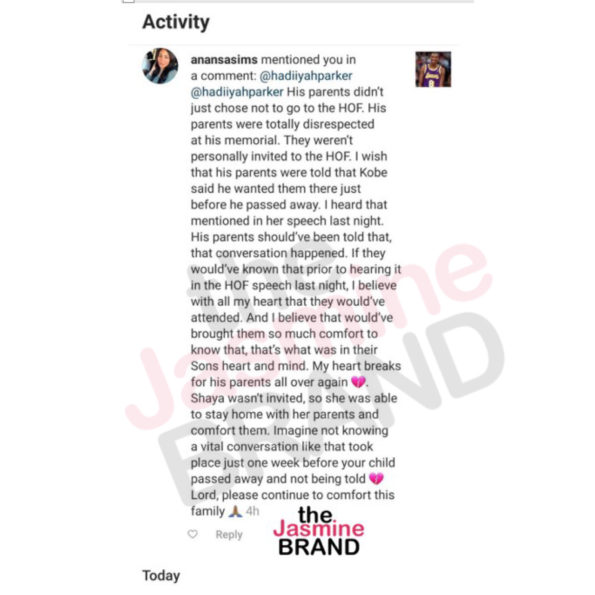 For context, Vanessa Bryant claimed in her speech that Kobe told her that he wanted his parents to attend his induction ceremony. She alleged:

What are your thoughts on Anansa Sims’ allegations regarding how Kobe Bryant’s parents were treated? Comment down below to let us know. 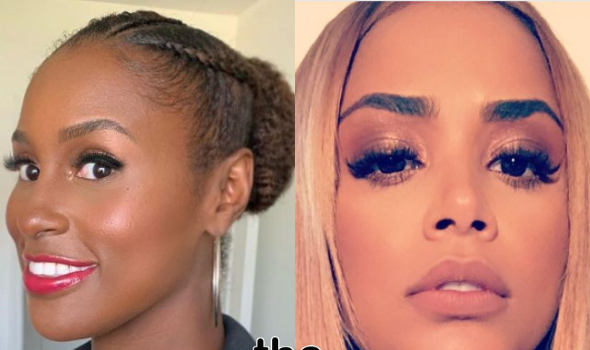 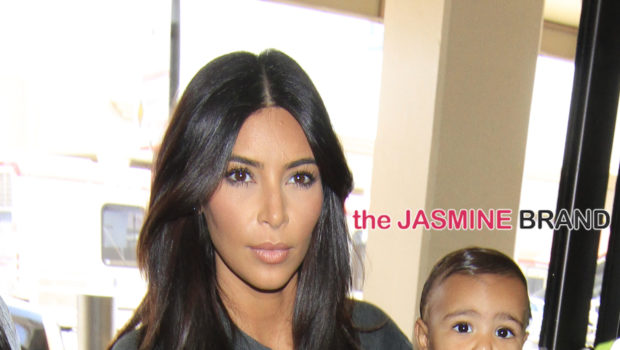