Damson Idris recently faced some Twitter backlash–and it looks like it was too much to handle, as he temporarily deactivated!

The Snowfall actor went to Twitter to ask a question about communication and dating. Specifically, he asked why women essentially lead men on instead of outright expressing their disinterest. He tweeted:

“Question. Ladies if a guy keeps texting you to meet up but you know you will NEVER want to why don’t you just tell him?”

After receiving backlash and deleting his question, the actor proceeded to issue another tweet, saying:

“Chill I don’t get curved lol. I just ask the questions men want to hear. Why be on twitter if we can’t have stimulating conversations. But more importantly if I’m ever ‘corny’ to you then your not my type anyway [sic].”

In the aftermath of the situation, Twitter users had some things to say. While Damson Idris presumably deactivated his account due to backlash, it actually looks like the majority of Twitter users were empathetic towards him. See some of the Twitter responses below:

Despite being “run off Twitter,” Damson Idris reactivated his account yesterday evening (June 1st). He seemingly poked fun at the incident by tweeting a popular GIF to presumably express how he felt.

Jeannie Mai Shares Video Of Her & Jeezy Listening To Their Baby’s Heartbeat: He Changed My Playlist Forever [WATCH] 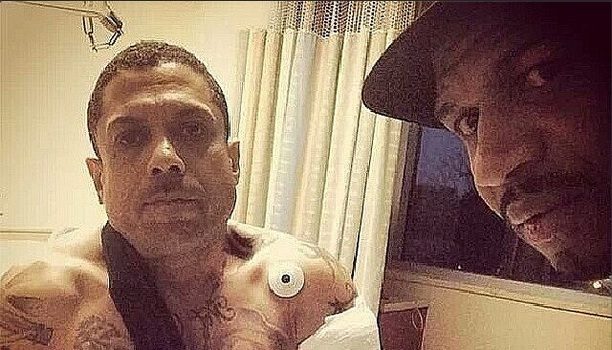