In an exclusive interview with theJasmineBRAND.com, Actress Gabrielle Dennis filled us in on her Netflix comedy series The Upshaws and what it’s like still dealing with fans from her previous show The Game. She also revealed how she prepared to play Whitney Houston in the BET miniseries and dished on the singing group she was once in with fellow actress Elise Neal.

Gabrielle Dennis has come a long way since she first appeared on the popular series The Game. Her series A Black Lady Sketch Show was renewed for a 3rd season this past May.

It was also recently announced that Gabrielle Dennis will star in a comedy pilot for NBC called Someone Out There. While chatting with us the 39-year-old entertainer shared what it’s like working on her other hit project, The Upshaws, which hit number 1 on Netflix after its premiere. She said,

“Unfortunately because of COVID and the scheduling I couldn’t go back and finish. I had a few more episodes that I was gonna do [for The Upshaws]. But it was just one of those sets that was so warm. It was family, like instantly it felt like family.”

She added that she grew up watching classics such as Martin and Goodtimes and there hasn’t been a true black family comedy sitcom in a while. Gabrielle also touched on the profanity that’s featured in the series and jokingly said,

“It’s a show about a family but this ain’t no family show cause they be cussing!”

“But the cussing adds to the realness of it, you know, it makes it more relatable. You [all] were cussing at 12 probably. I know I was probably slipping a bomb here and there when
nobody was watching. Because kids curse and kids are real. And families curse around kids.”

In a separate interview, Gabrielle’s co-star Mike Epps compared the show to a modern-day black version of Roseanne. When we asked Gabrielle how she feels about that description she said,

“I like that comparison because – it’s interesting because what I think what’s great is that it’s a middle-class family. We’re not seeing that polished super glammed like ‘oh we’ve made it, we’ve arrived’ black family. This isn’t that show. This is more relatable of the everyday like how we grew up. People are struggling [and] people make mistakes.”

She continued and poked fun at the family dynamics on the show.

“Sometimes life is messy. sometimes people get on breaks and sometimes you got some ghetto twins. I’ve never seen ghetto twins on television before! This is the show that birthed ghetto twins, it introduced [that] to the world. But in my personal life ghetto twins exist.”

Many people first came to know Gabrielle as Janay on the series The Game. It’s been years since Gabrielle played that character but she shared with us that fans still recognize her as Derwin Davis’ baby-mama.

“People are still talking about [The Game.] I have not laced up a Janay boot or slapped on a Janay wig since 2012 probably, we’re talking almost 10 years…and people to this day are still very passionate. I think also [the show] being back on Netflix kind of resurfaced people’s interest in it and also re-triggered some people. I was like ‘some of y’all are dealing with some pain honey!’ Y’all need to heal from the day! Please let it release you!”

As previously reported, The Game will be rebooted for Paramount+. Gabrielle exclusively told theJasmineBrand that she has yet to join the project for the reboot.

“I haven’t gotten a call or anything like that.”

“I also know though I’m not a signature character so like I was never a series regular on the show. Every year I never knew if I was coming back or not. It was just kind of like the luck of the draw if they wrote me in or not. So if I get the call to, it would be great, it’ll be a blessing. But if not I’ll still be rooting and watching and cheering it on.”

Janay isn’t the only well-known role that Gabrielle has taken on. She’s also played legendary singer Whitney Houston for the 2018 BET mini-series, The Bobby Brown Story. According to Gabrielle, that was her most challenging role to date and she only had a short period of time to prepare for it.

“That one just came unlike any other job. It came with this level of pressure not only from the fans’ perspective because you’re portraying someone that people think that they know, but there’s also the pressure of approaching it with the level of respect and tenderness because this was a real person who has real loved ones.”

“It was challenging also because I didn’t have a lot of time. Literally, I was at an open house trying to buy me a house on Saturday I got the call [and] I stepped out [to take it]… They was like ‘But you got to be here Monday.’ I was like ‘Huh? Monday who?’”

“It was challenging because it was just like you were thrown into the fire. But it also speaks to the fact that they trusted me enough with the role to know that with the time constraints we know your acting abilities can bring enough of what we need out of this.”

In addition to portraying Whitney Houston, Gabrielle got to show off her singing skills in her former R&B singing group that featured fellow actress Elise Neal.

“I don’t know if I found that audition on like Craigslist or like one of the acting websites which you look for stuff. But I remember they were looking for singers for a group and I went to an audition. I think it was like Millennium Band Studio in North Hollywood and I just showed up trying to be cute and I had to sing. Luckily I have a background in singing and dancing.”

“It was like Destiny’s Child 2.0. I don’t know what we were doing but I had a ball because I literally got to go on the road. I got to perform [and] I got to record. We had a song with 50 Cent.”

“I thought we were fly! Elise was way more fly than I [was]. All the girls were way more fly [than me]…There were some questionable moments. I even remember Elise trying to mentor me like ‘no boo, those boots aren’t it!’”

What are your thoughts on what Gabrielle Dennis exclusively shared with theJasmineBrand? Tell us in the comments below. 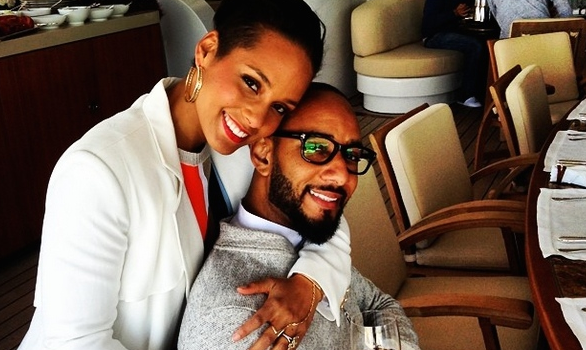 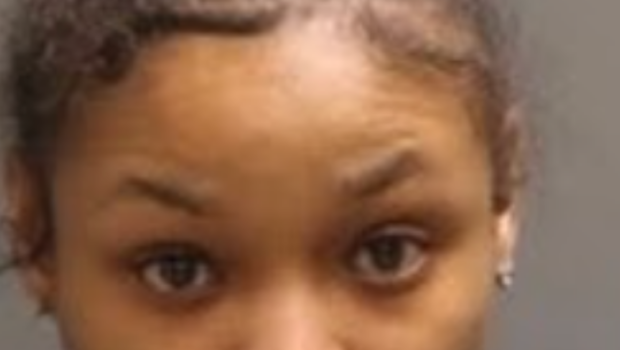