Kevin Durant’s personal bodyguard is facing repercussions by the NBA after he ran onto the basketball court to defend the athlete during an argument with another player. On June 10, Brooklyn Nets player Kevin Durant, 32, got into a heated standoff with Milwaukee Bucks forward P.J. Tucker, 36, late in the third quarter. During the incident, Kevin Durant and P.J. Tucker confronted each other as they exchanged words. 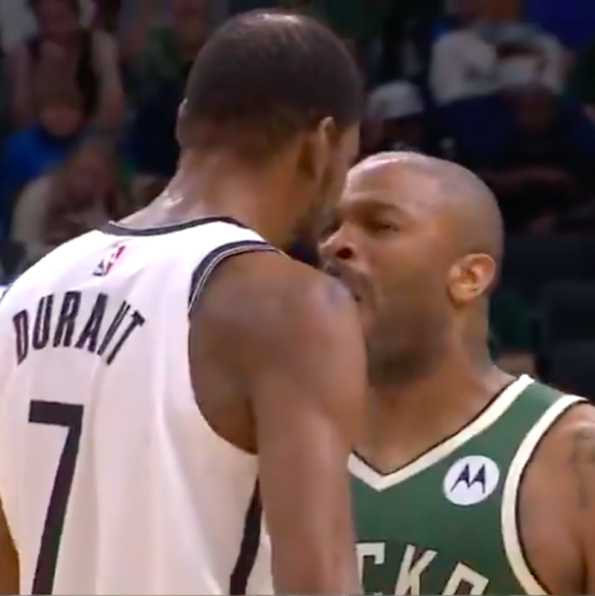 It’s unclear what the two athletes said but things escalated quickly and soon their teammates and referees rushed to get in between them and break things up. As chaos on the court ensued, Durant’s bodyguard, 35-year-old Antjuan Lambert, was seen shoving P.J. Tucker. 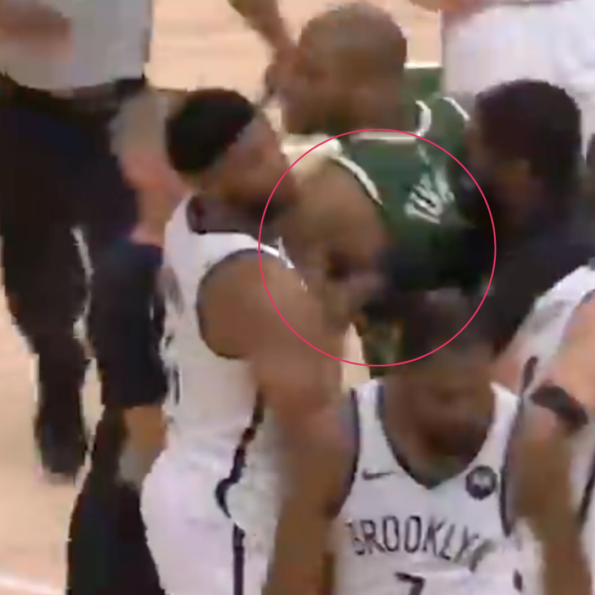 After the shove, P.J. Tucker turned his attention to Durant’s bodyguard, and more words are exchanged. 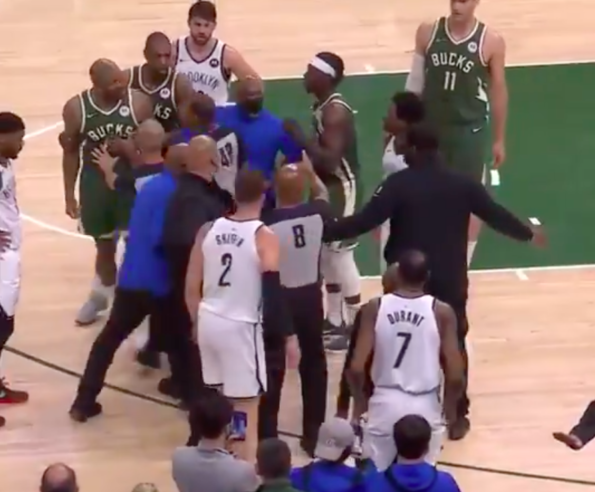 According to reports, Lambert works as a Nets security official and is also Kevin Durant’s personal bodyguard. The Nets reportedly hired Lambert at Durant’s request, which isn’t uncommon in the NBA.

Kevin Durant’s personal bodyguard, who is on the Nets’ payroll, was one of the people who charged the court to break up the confrontation between K.D. and P.J. Tucker.

Following his actions, an NBA spokesperson announced on June 12, that Lambert is now banned from the remaining series games in Milwaukee and won’t be allowed courtside for games in Brooklyn. The NBA reached the decision after conducting an investigation involving both teams. Milwaukee Bucks coach Mike Budenholzer spoke on the incident and said,

Kevin Durant, P.J. Tucker, and the Brooklyn Nets have yet to speak on the incident. 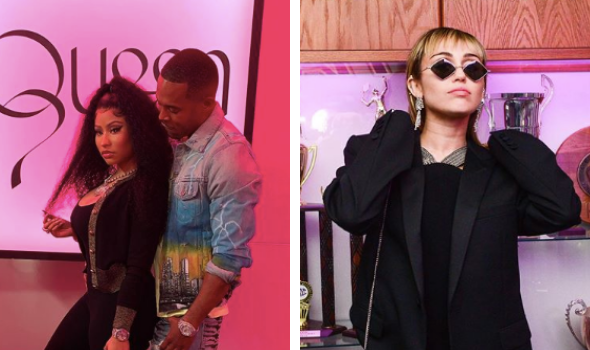