Nicki Minaj Tracks Down Mall Security Guard Who Let Fan Perform ‘Whole Lotta Money’: I Want To Send Him A Gift For Being Such A Sweetheart!

Nicki Minaj is showing gratitude to a security guard for allowing one of her fans to show out while at the store!

Yesterday (Sunday, July 18th), Nicki Minaj uploaded a video made by a fan while at a retail establishment. In the video, an unknown woman brings a portable speaker and microphone into the store and proceeds to rap the lyrics to BIA’s  “Whole Lotta Money” days after she hopped on the remix.

As onlookers react to the unfazed woman, a security guard approaches her and informs her “Y’all can’t do that in here” before walking away. After the video went viral, Nicki Minaj appears to have found it to be humorous, as she shared it with the caption:

“WUSSUP YALL! It’s the security guard sayin ‘Y’all can’t do that in here’ while walking AWAY from the festivities chile I am TIDE! Got ppl thinkin my sis hoppin off the escalator performing @ the mall. Mad ppl went home & was like yooooo why dat girl BIA was @ the mall performing that song she got wit Nicki. Why the girl @ the end runnin like det?”

Shortly after, Nicki Minaj went to her Instagram story to announce she was seeking out the security guard in the video, stating she wanted to thank him for not interfering with the woman’s spontaneous performance. She wrote:

“Someone tell the security guard in that video I posted that I’m lookin for him. I wanna send him a gift for being such a sweetheart to one of my babies #BarBIA #WholeLottaMoney.”

A few hours later, Nicki Minaj announced she tracked him down.

It is currently unclear what she plans to gift the security guard. 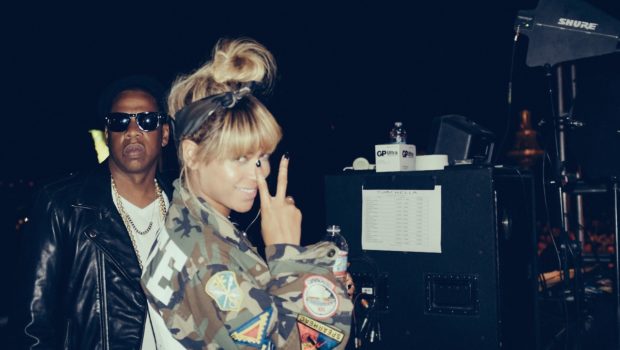