Prayers are going out for the family of rapper Fetty Wap and the mother of his daughter Lauren.

The mother of the four-year-old child, who goes by Turquoise Miami, confirmed reports of Lauren’s tragic passing.

She shared a video on Instagram with the caption,

“This is my amazing ,beautiful , funny , vibrant, loving ,talented , smart and hardheaded princess mermaid Aquarius. If you see this post scrolling by with her comment or just say to yourself “ i love you LAUREN ”because they say that souls can feel your love #rip [broken-heart Emoji]”

Her cause of death is not made public at this time. She reportedly battled a health condition for months before passing. 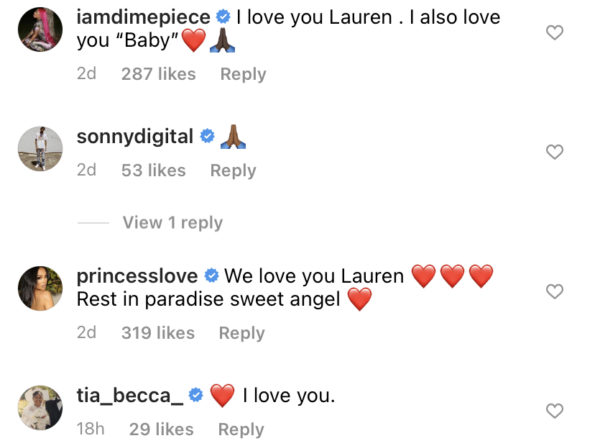 Fetty Wap also reportedly sent a special message to Lauren on his Instagram stories during his Rolling Loud set. He wrote in a story that has since been deleted,

“LoLo daddy did that s*** for you last night baby girl.”

Reports of Lauren’s passing first circulated in June, but neither of her parents confirmed the news until now.

Prayers for Fetty Wap and Turquoise Miami’s families during this difficult time.