The drama between Falynn Pina and Simon Guobadia is still going strong!

Yesterday (Tuesday, Sept. 7th), Falynn Pina–formerly referred to as Falynn Guobadia–shared a few words for ex-husband Simon Guobadia on her Instagram Story. As you may recall, the pair split earlier this year. Following their separation, Simon Guobadia infamously got engaged to Porsha Williams, who starred alongside Falynn Pina on The Real Housewives of Atlanta.

Shortly after, Falynn Pina began dating Jaylan Banks, and they are currently expecting a child together. 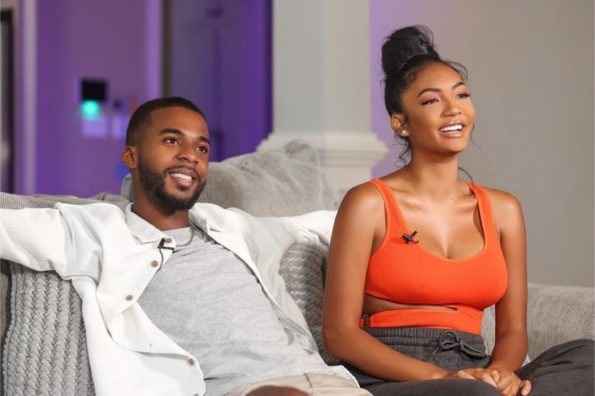 “I will NOT continue to be bullied for s**t I did not do!!!! Idk how many f**king times I have to say this!!! I DID NOT CHEAT ON MY EX. We had a silent and mutual understanding that him and I, BOTH, were done with the marriage and we went our separate ways before we even went public in regards to our divorce. And if I had, why do you continue to stalk and post about everything I’m doing?! What I can’t seem to wrap my mind around is the fact that YOU FILED FOR A DIVORCE! You filed twice bc, the first time, I said NO BC I WANTED TO FIGHT FOR OUR MARRIAGE!!!”

She continued, alleging that Simon Guobadia continually pulled “narcissistic antics” and made negative comments about her children’s futures:

“You filed the second time after I told you I wasn’t going to take your narcissistic antics anymore! Only after you told me that I should ‘reconsider reconciling with you bc without you, my children would end up working at Burger King or McDonalds.’ You just beat me to the punch but I was happy that you did.”

Falynn then claimed that her and Simon’s marriage was full of issues. She also dished on why she was emotional during her bombshell interview earlier this summer regarding the former couple’s situation. Falynn Pina stated:

“I have said many times that I do not blame you or your mate… I blame US. That is what ADULTS do. They take ACCOUNTABILITY. So here is MINE: OUR MARRIAGE, as beautiful as it was while it lasted, ALSO F**KING SUCKED for BOTH parties involved even BEFORE we got married. We had some real issues and probably had no business getting married. (And FYI!!! I was emotional in my interview for our children’s sake and a f**king divorce SUCKS!!! No matter who’s in the right or wrong.)”

Then, Falynn claimed Simon Guobadia was upset that she “got into a relationship with [her] best friend”:

“It’s one thing to speak on your past in a way of maturity, growth, healing, etc… but NO, you’re out here sending packages to our f**king house and posting subliminal captions quoting everything Jaylan and I say on our social media towards one another as if somebody did something to you. You’re mad bc I got into a relationship with my best friend. Cool. You got engaged to my castmate/ someone I had around us outside of filming. BOOM, B****! Everyone f**king wins!!!”

“We both ain’t s**t. How’s that for REALNESS?! NOW READ THIS!!! I DO NOT GIVE AF ABOUT YOU and neither does Jaylan. I’m tired of talking about this irrelevant s**t. Please move on with you pursuit of happiness and leave me alone!!!!”

Falynn Pina wrapped up her comments by lastly telling Simon:

“Stop being a coward and trying to get Jaylan banned from every establishment you step foot in. The staff are laughing at you and telling us. It’s not working in your favor. So stop.”

Falynn Pina‘s comments about Simon Guobadia come about two weeks after she shared her first maternity photo from her current pregnancy with Jaylan Banks. 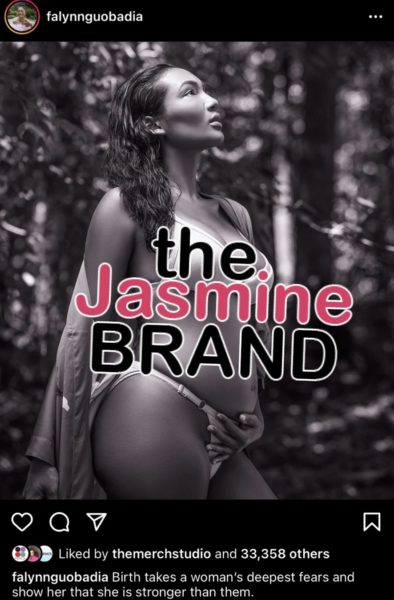 After her upload, Simon seemingly shaded Jaylan Banks by uploading a message “particularly directed at black men” regarding fatherhood. The gist of his lengthy message was:

“You CANNOT claim fatherhood IF you [are] not emotionally and financially providing for your child PERIOD!” 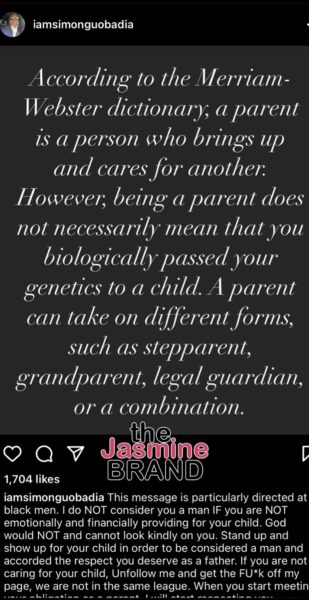 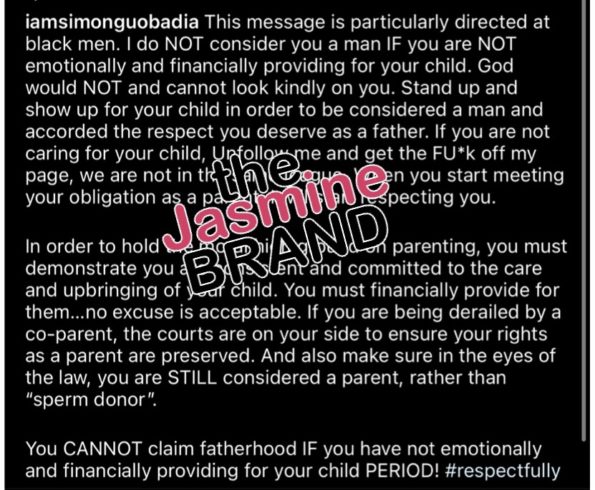 Jaylan Banks then appeared to respond through a brief Instagram caption:

“Time for DADDY to take a vacation.” 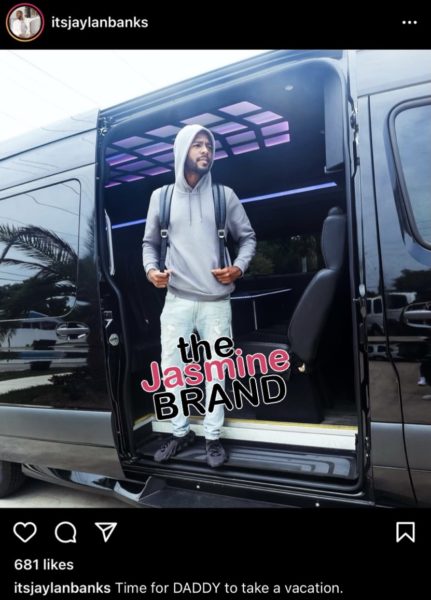 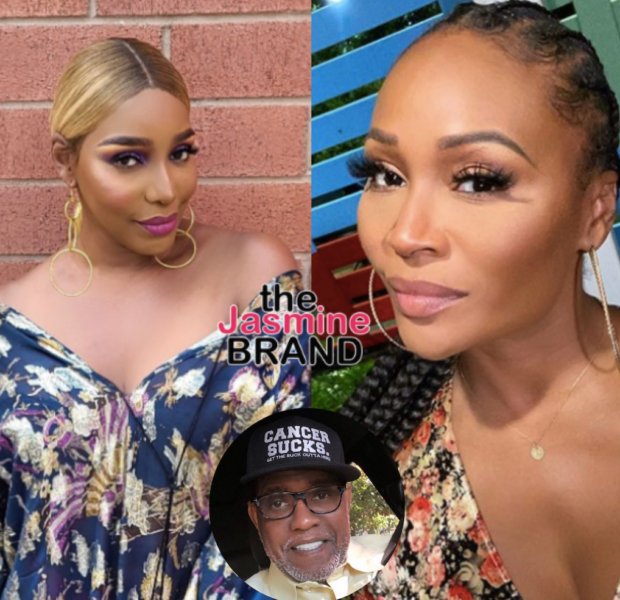 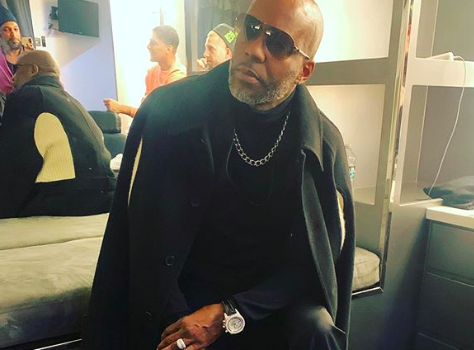