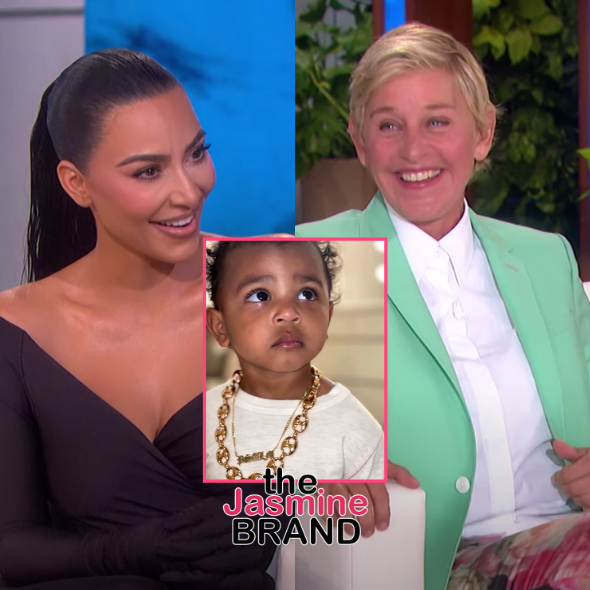 While on The Ellen DeGeneres Show Thursday (Sept. 16), Kim Kardashian and the daytime talk show host discussed how her four kids are “so different” from each other.

“And Psalm is the one wearing the giant chain around his neck?”

“Is that Psalm? He wears this fake, giant chain…”

“It’s huge! How can he keep his head up? It looks like a wrestler’s belt or something. It’s not fake?”

“I just assumed because it was so huge. That’s hilarious.”

It’s the way she corrected Ellen immediately for me ? pic.twitter.com/ItWp3VzSWV

Kim Kardashian is just one of the A-list celebrities who will be on Ellen DeGeneres’ final season of her show. Also appearing are Tiffany Haddish, Diddy, Jimmy Kimmel, and more.

While announcing that her upcoming season would be the last, Ellen DeGeneres said earlier this year:

“When you’re a creative person, you constantly need to be challenged–and as great as this show is, and as fun as it is, it’s just not a challenge anymore.”

What are your thoughts on Ellen DeGeneres thinking Psalm West’s necklace is fake? Comment and let us know.