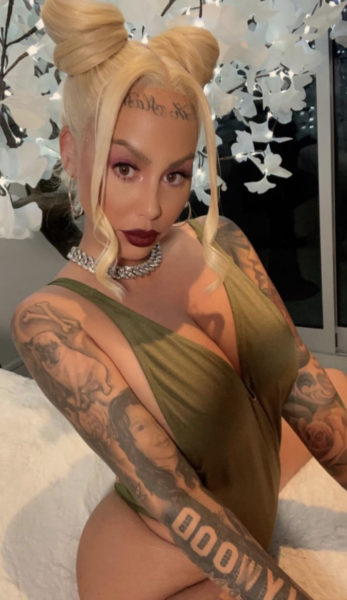 Amber Rose has a message for those criticizing her forehead tattoo.

In a new post on her Instagram page, model and actress Amber Rose said she wants those who don’t like her forehead tattoo to shut up. 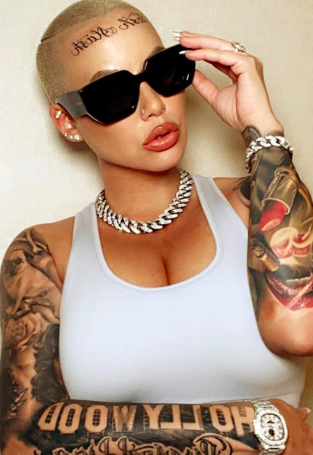 In her caption Rose said, 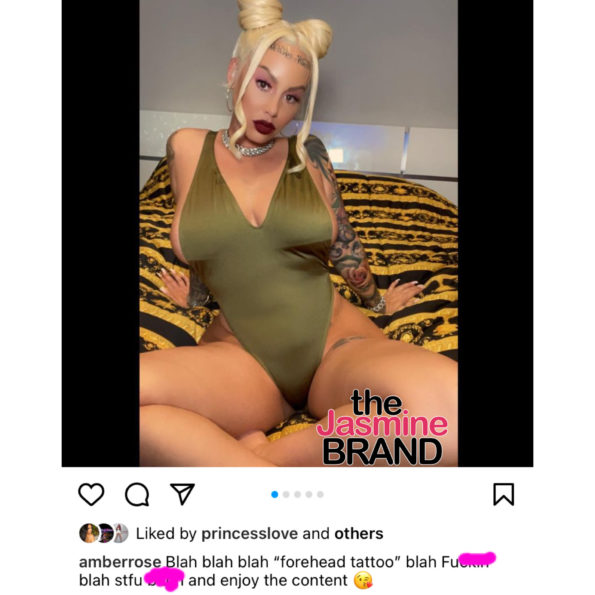 Although the tattoo reads “Bash & Slash” for her two sons  Sebastian and Slash, many felt the tattoo didn’t belong.

Amber Rose has received criticism over her tattoo ever since she first debuted it in February 2020.

Following the backlash of her new ink, Amber Rose said back then, 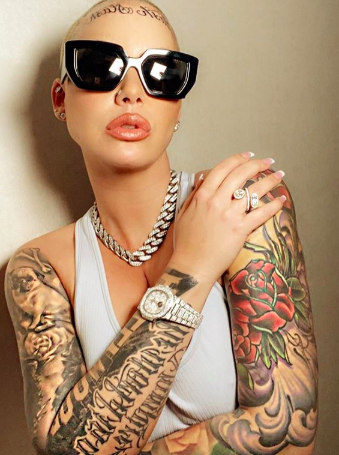 Amber Rose made headlines last month after exposing her ex-boyfriend, Alexander “A.E.” Edwards for cheating. In a series of Instagram story posts she wrote,

“I’m tired of getting cheated on and being embarrassed behind the scenes. All 12 of y’all bums (the ones that I know of there’s probably more) can have him. Y’all very much knew he was in a relationship with a baby and y’all decided to f*** him anyway.” 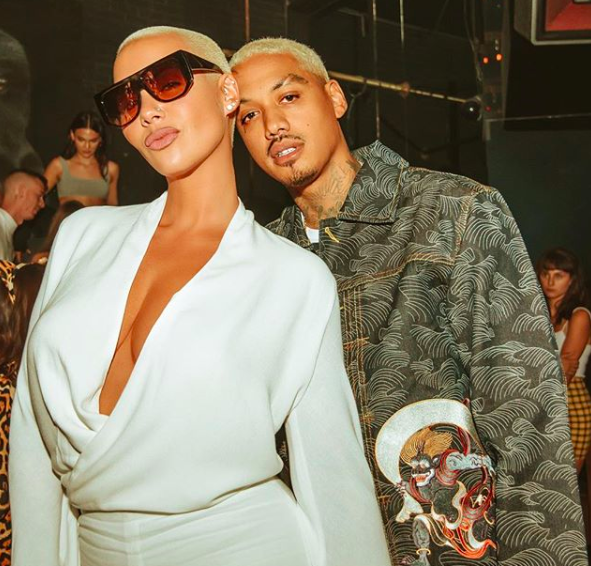 In an interview, A.E. confirmed the allegations saying,

“She texting me like if I apologize publicly and all this sh*t, you know, she loves me and sh*t. But I don’t want to keep doing that to her, you know what I’m saying. I know that I could stop. I could give her like a good solid six months and just really like – deprive myself of my true nature for as long as I could take it but I don’t want to live like that.”

Do you like Amber’s forehead tattoo? Tell us in the comments.

Khloe Kardashian On Why She’s Private About Relationship W/ Tristan Thompson: I Don’t Want People I Love To Look At Me Like ‘Oh This B****’ 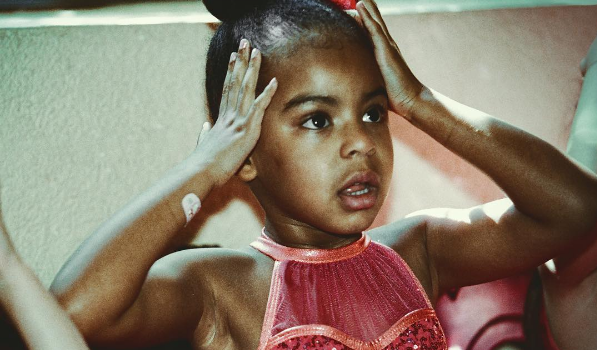 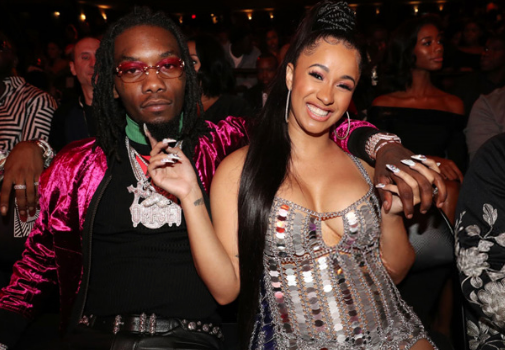