Update #1 (Oct. 22): Are Wendy Williams’ staffers allegedly paying people $75 to be a part of the studio audience?

“The Wendy Williams Show is back for Season 13, with SPECIAL GUEST HOSTS! “The Wendy Williams Show” is the provocative, must-see talk show in daytime. Taped live in New York, viewers delight over Williams’ distinctive and entertaining personality, as well as a diverse mix of interviews with celebrity guests from television, film, music and sports. Popular segments include “Ask Wendy,” during which she offers real advice to audience members looking for solutions to problems, and “Hot Topics,” in which she delivers her own unpredictable, honest, authentic and opinionated take on the juiciest headlines.”

It’s also offering $75 to audience members, that will be paid the same day. Those who participate must be fully vaccinated.

See the full notice below. 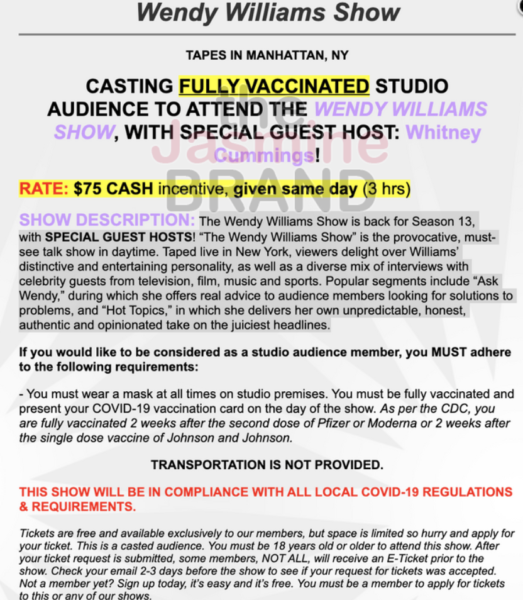 According to reports, when Wendy Williams’ show returned with guest hosts Monday (Oct. 18), only 40 people showed up to be in the audience, which is roughly half of the typical attendance.

Two episodes were taped Monday (Oct. 18) – one at 10 am and another at 3 pm. Those who were in the audience were told to show up two hours ahead of each taping. Some said the waiting room was much quieter than normal. When audience members were led to the studio, many seats were left unfilled.

Some pointed out that Wendy Williams didn’t seem like herself during her final days of filming before she was admitted to the hospital earlier this year.

“During her last week of tapings last season- she seemed off- quieter, distant. Between segments, she was particularly off & was not engaging. But once she’s live she’s on!”

Wendy Williams’ show has seen lots of uncertainty ahead of its current 13th season premiere. It was initially slated to return on Sept. 20, and the show first sparked concern when it announced Williams would not do promotional events ahead of the premiere.

The return date was later pushed back to Oct. 4 as her show revealed she was recovering from COVID-19.

It was postponed for a second time to Oct. 18 as she suffered health issues outside of COVID-19. Around this time, it was reported that she briefly checked into a psychiatric hospital voluntarily. 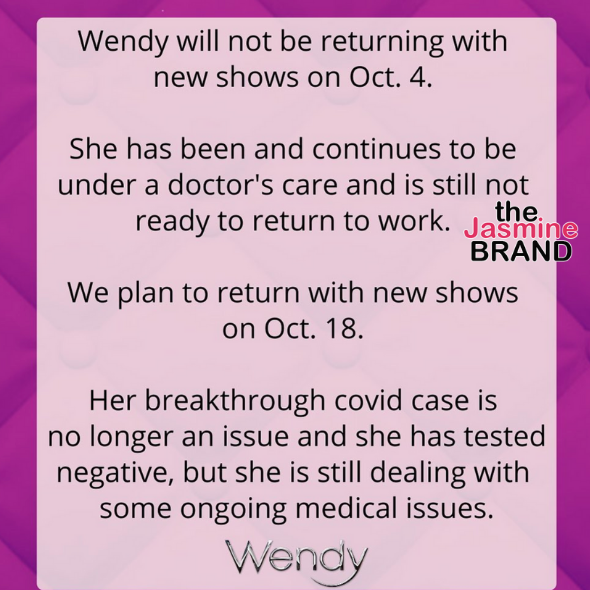 The latest statement from her team informed fans that the show would feature a lineup of guest hosts until Wendy Williams is ready to return.

Her absence will at least go through the first week of November as Sherri Shepherd is expected to fill in. 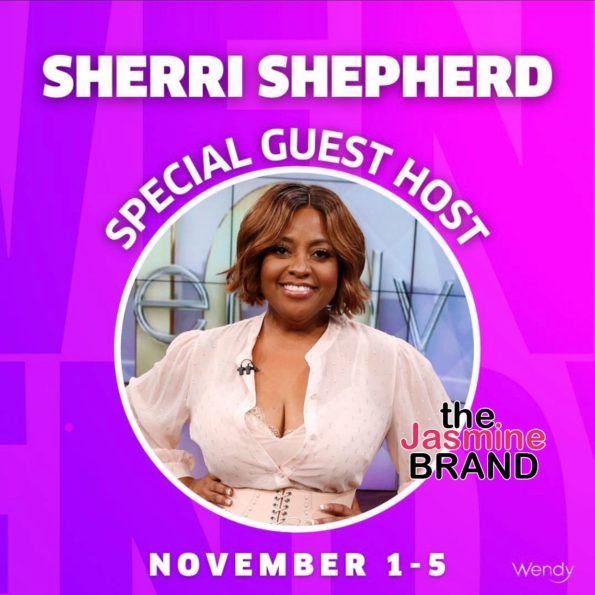 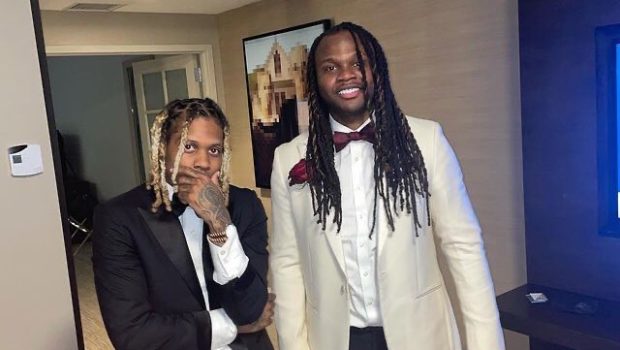 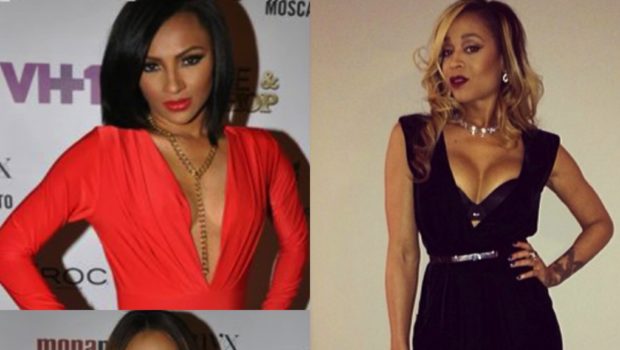