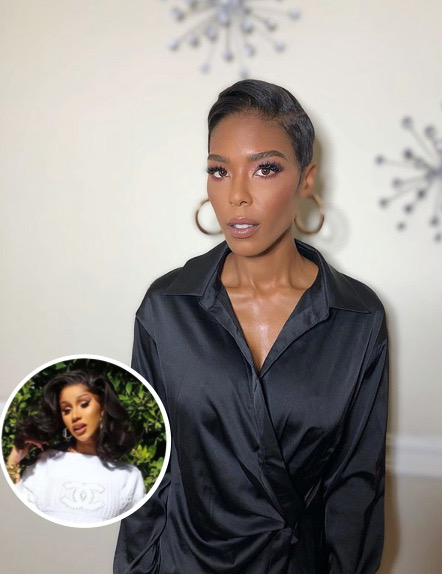 Former ‘Love & Hip Hop’ Star Moniece Slaughter is being ordered to stay away from a few guests who claim she attacked them at Cardi B’s birthday party back in October. According to reports, a restraining order has been filed against Moniece by two of the partygoers. As previously reported, the 34-year-old reality tv star is accused of trying to punch an unidentified 40-year-old woman. According to legal documents, the alleged victim says Moniece Slaughter,

“walked into the party and walked over to me attempting to strike me, but I caught her hand and held it until security came. She then came back a second time and threw a drink on me and some friends and then attempted to attack a female that she believed had her hand on my shoulder.”

A judge has now signed off on a temporary restraining order against Moniece after her accusers claimed she used her celebrity to harass them and slander their names and reputations.

Following the news of the restraining order, Moniece Slaughter took to Instagram and released a statement from her attorneys, Adeife & Rabii APC, stating that the judge didn’t grant the restraining order because of the alleged attack at the party, but instead for what transpired afterwards. The statement reads,

“The judge determined that Ms. Slaughter’s admission of cellular communication with the petitioner after she was served with the TRO was a violation of the order irrespective of the petitioners repeated attempts to contact her.” 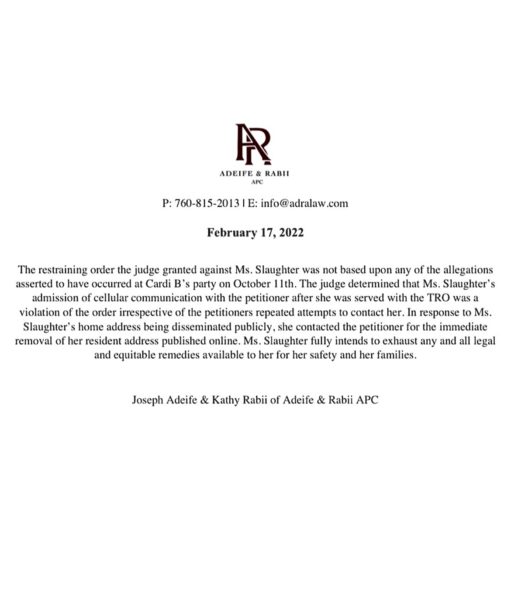 Moniece’s attorney’s claim she only tried to contact the woman after she allegedly posted her home address online and wanted the private information removed. The statement continued,

“Ms. Slaughter fully intends to exhaust any and all legal and equitable remedies available to her for her safety and her families.”

“I’ve heard and read all about the disrespectful chatter. I’m exhausted. I will not tolerate it anymore! Do not play with my head. My heart. My safety. My peace of mind. Lie to me. For an entire YEAR!!!!!! Then sit in a court of law and GASLIGHT me! I’m absolutely going to speak up for myself until all has been rectified..LEGALLY! @[email protected]_esq”

What are your thoughts on the restraining order and Moniece’s IG post? Let us know in the comments below! 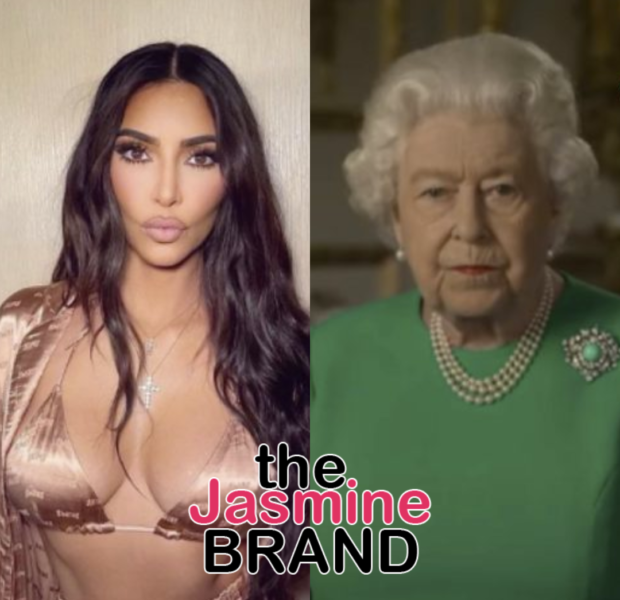 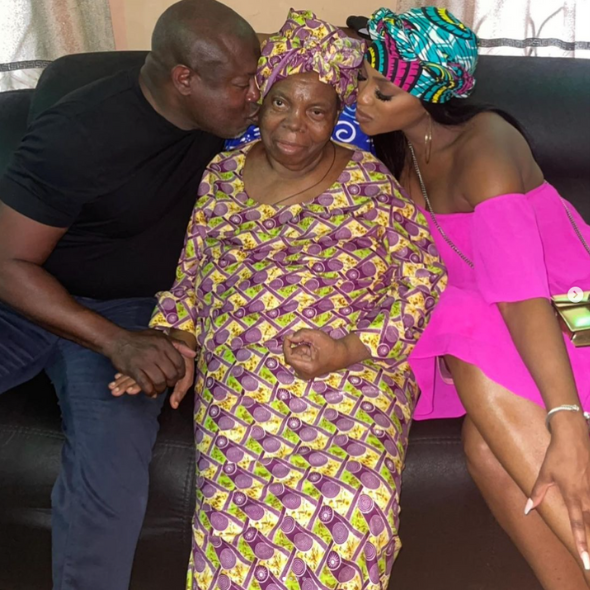 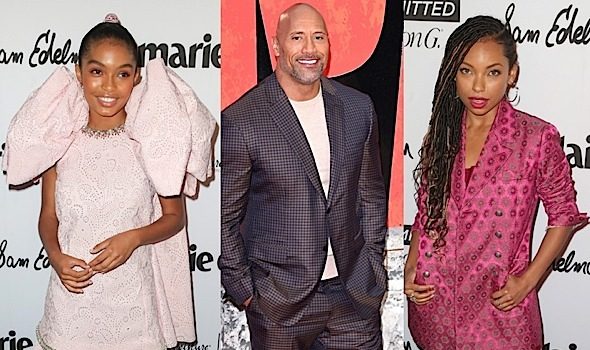