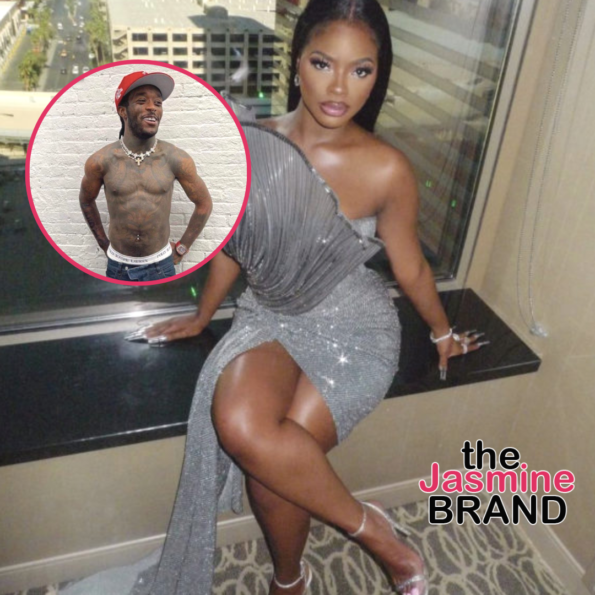 JT Defends Lil Uzi Vert Amid Backlash Received Over Belly Button Piercing: Y’all Think The Way People Dress & How They Express Themselves Is What Defines Them Sexually

JT puts her man on a pedestal no matter what the world thinks! 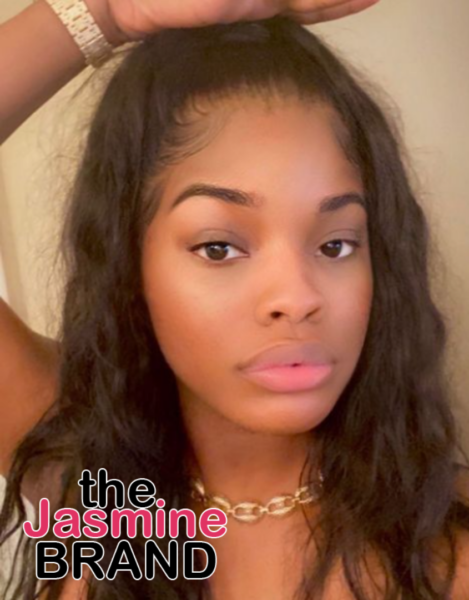 Recently, City Girls rapper JT went on a Twitter rant after users scrutinized her beau Lil Uzi for getting their belly button pierced. 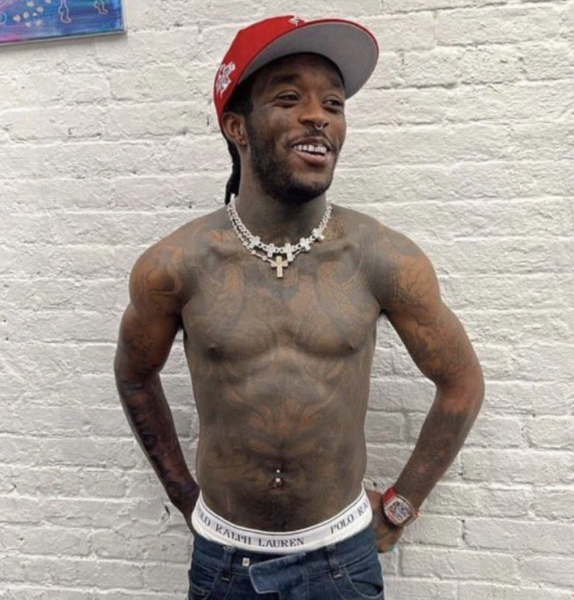 In a series of tweets, JT took to Twitter and said:

“Everytime MY n*gg* do something he want to do y’all act amazed, that’s BEEN his aesthetic before me I guess this side more tuned in but let me tell y’all something he a black rockstar that does what he wants!”

“Y’all think the way ppl dress & how they express themselves is what defines them sexually and that’s y’all problem now because it’s men who out here masculine as hell dress apart & can’t wait to get from round y’all to suck d*ck for amiris & I mean NO disrespect!”

“Uzi date me & we honestly have two different audiences so nothing bother me more then when he doing what he want y’all Tag me & say “THIS YOUR MAN”…yes h** that’s MY man. MY good man, MY rich man, MY respectful man, MY lit man, MY successful black rockstar” 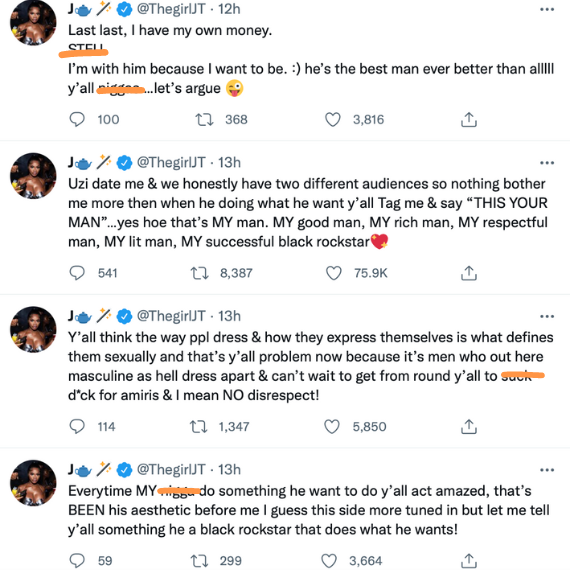 Rapper Lil Uzi, born Symere Bysil Wood, is commonly known for getting unusual piercings or tattoos. As previously reported, Lil Uzi took it up a notch and implanted a $24 million dollar diamond on his forehead. The 27-year-old took to Twitter to reveal that he has been paying for this implant since 2017. He said:

Let’s not forget about Uzi’s matching tattoo he received with Grammy-award winner Kanye West and musician Steve Lacy back in August. As previously reported, Steve Lacy announced what their tattoos said in a caption: 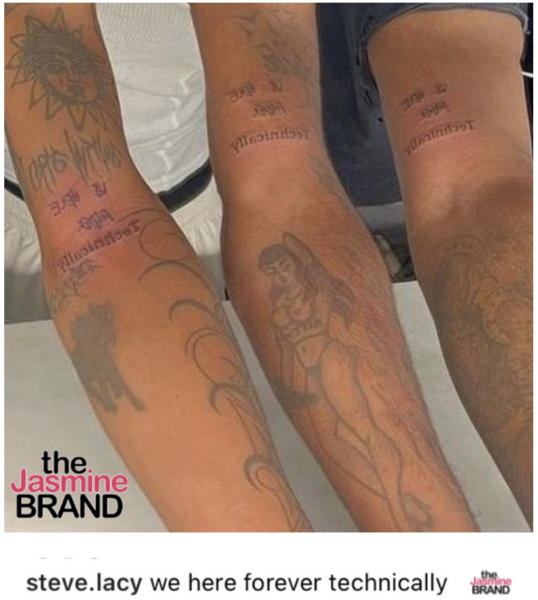 What are your thoughts on JT defending Lil Uzi after fans judged him for piercing his belly button? Share it with us in the comments below. 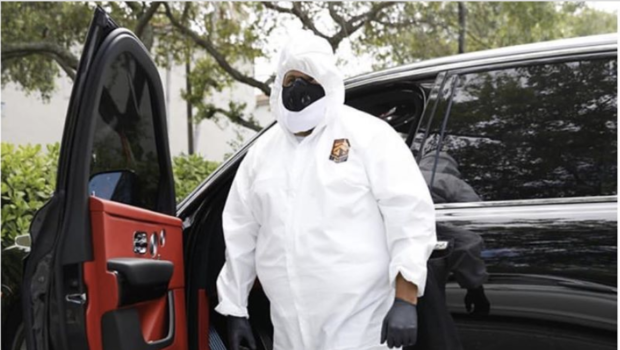 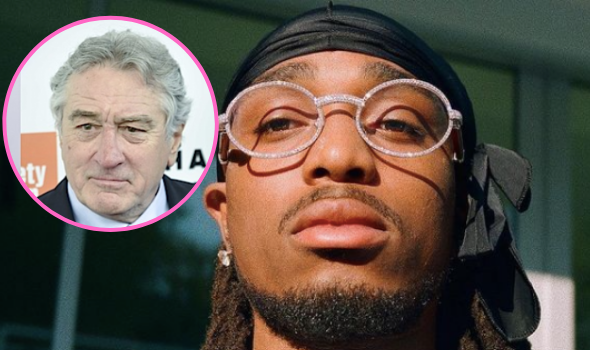 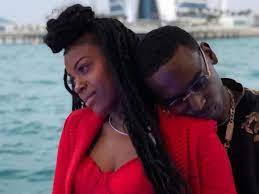