Nine-time Grammy winner John Legend and fiance Chrissy Teigen are the next pair of celebs to appear on Oprah’s Next Chapter. Via the trailer, the conversation will include John discussing his rise to fame, relationship with Kanye West and the recent tabloid cheating scandal. The 34-year-old crooner is set to release his first solo album in five years, “Love In the Future’ this summer and marry girlfriend of seven years, Chrissy, later this year. John joins Beyonce, Rihanna, Usher  and many others have sat down for an intimate conversation with Ms. Winfrey. Peep the trailer pics and the trailer below. 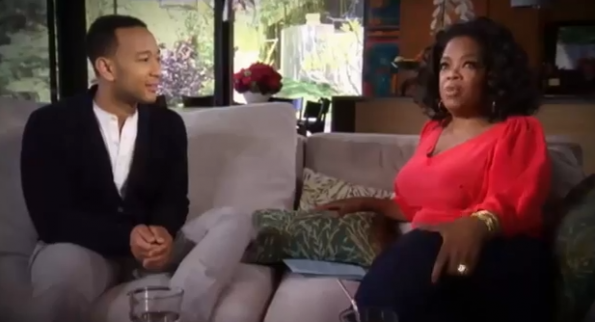 John and Chrissy chat with Oprah Sunday, June 9 at 9 PM EST, on OWN.