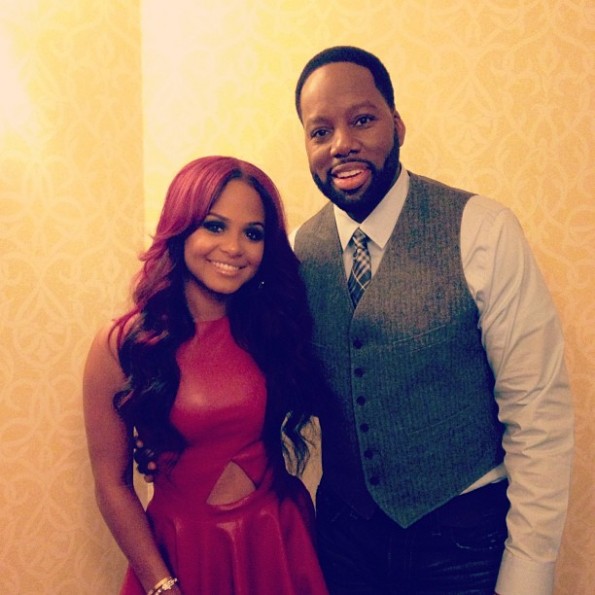 A week before his new film, ‘Baggage Claim‘ hits theaters, we sat down with the film’s director, David E. Talbert. A alumni of Baltimore’s Morgan State University, we chatted with the playwright, filmmaker, novelist about how attending a HBCU shaped his career, how eavesdropping on his wife’s conversation created the story of ‘Baggage Claim’ and how fitness prepped his craft. Check out our conversation below.

Jasmine BRAND: How do you think that attending HBCUs – you sorta – shaped who you are in terms of your career?

David E. Talbert: It did greatly because here, nobody told you what you couldn’t be. In other universities, they may not have had an open-door policy – I was just talking to (Floyd Tallefel who ran the McKeldin Center) who was my therapist all the time I was here. I was in his office everyday, talking to him about what I wanted to do with my life and everything, so I mean – where else – I haven’t been to another university but the feeling here was just, it was always an open-door policy and people were always willing to listen to you if you had something to say.

So, you had no idea that there were limitations with what you wanted to do with your career?

David E. Talbert: No, from being on the radio here, I just – I overheard someone saying that they were on the radio here and I just said – I went in and went to the same day and said, “I want to be on the radio!” And then a week later, I have my own talk show on the radio so I mean, those kind of opportunities and never having a ceiling or a limitation really helped me out a lot.

Switching gears here, ‘Baggage Claim’, it has a lot of A-listers, a lot of the Hollywood elite, in terms of the industry in general. But first, how did the story come about?

David E. I was listening to my wife’s conversation – that’s where I get most of my materials from her, she’s got some crazy girlfriends. One girlfriend in particular said she had met this guy in Chicago and “Ooo girl, he’s the one, girl girl girl girl girl, he’s the one! And he’s flying me out there for the weekend for Thanksgiving” so then my wife’s like, “Oh I’m so happy for you!”. And then she calls 3 hours later, “Girl, girl girl, we had the best time! Ooo girl, he took me to this yacht. Ooo damn it girl, then he dropped me off at the best hotel – he put me in a suite in the best hotel in town.” My wife’s like, “Why would you be in a suite at the hotel? Why didn’t he take you by his house?” “Oh, girl girl girl, stop trippin’, stop trippin’ girl. Girl, he got busy – he got to do some paperwork but he gonna come see me in a couple of weeks.” My wife’s like, “He ain’t have no paperwork – he’s married! Go over to his house and see for yourself!” So from that conversation, I came up with a character who was in some-kind of crazy situation all the time, in pursuit of love.

When you were creating the story in your mind, did you already have in mind who you wanted, what characters you wanted?

It was really, at that time , I had it in mind – it was ten years ago when I wrote it. I had a certain group of people that were hot then, ten years ago. And then five years ago, we really started developing as a film. Paula Patton was my first choice, she was who I wanted to play as the lead. And Taye Diggs was also my first choice to play his character and then everybody else kind of started coming together. Jenifer Lewis was always my first choice to play the mother, she’s every mother in every movie but she’s just so good. But you know, Jill Scott came next and Boris Kodjoe and Djimon Hounsou and it just – everybody just started coming to the table and before you know it, you got the who’s-who of actors in Hollywood.

You have a well-known cast. Was it expensive to film? Did you have a nice budget or were you like, “Hey I need a favor” from some of the cast? 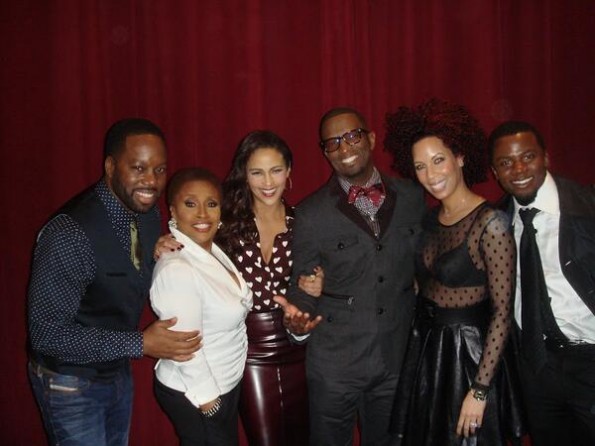 It was mostly favors because it was a moderately-budgeted film but a good story always finds a way to get told. And I always say if you write it, they will come. So I spent a lot of time with the script and when people read it, they were like, “I want to be in this movie”. My favorites were movies like the “Best Man”, “Love & Basketball” and I am a fan of Nora Ephron movies like “Sleepless in Seattle” and “You’ve Got Mail” so I wanted to create something that was kind of a hybrid between our classic African-American starred movies and some of the classic mainstream starred movies.

In terms of creating the film, scripting, casting and directing and all that good stuff – what was the most challenging? What kept you up at night about the entire film?

It was really making sure it looked beautiful because coming from the place right in theatre – theatre tells the story while film shows the story, and what I really wanted is for it to look beautiful and I wanted everyone, the actors to look beautiful, the wardrobe, the setting, the camera work and so that kept me up every night . What can I do to enhance the aesthetic experience of the audience and I think we were able to? That’s one of the things that I’m most proud with the movie – it looks like, it could be Reese Witherspoon in this movie or Julia Roberts.

What do you want moviegoers to take away from the film?

That we had a good time, that we laughed a lot and we learned some things about the pursuit of love. And it’s not just women learning something but it’s something for men to learn as well; and that we felt good about our faces on the big screen. We’re in a renaissance of African-American storytellers right now with movies like “The Butler”, Kevin Hart’s “One Man Show” and “12 Years of Slave” and “Black Nativity”, “The Best Man Holiday”, “Baggage Claim”, “Fruit Vale”, this is a renaissance so I’m just proud to be a part of it and proud that people will look at the movie and feel like, “Yes, that’s how I want to be represented. Yes! That’s the kind of story I want!” and that’s kind of the most special thing for me.

Before I let you go – I like to ask everyone I interview some random questions – Number one, what’s the best piece of advice that you’ve ever received about working in this industry?

The best piece of advice, is probably from Bill Duke. He said to “Get in shape”. Well, I asked him as I was about to direct my first film, I said, “What advice would you give me?”. And he says, “Get in shape” and I mean like, “What do you mean?” and he says, “No, really. Start walking. Run.” He said because you have to be in physical condition in order for the mental and emotional to also be in condition. So he says, “So your body, the shape of your body and the condition of your body is going to dictate the condition of your mind.” So I put down the jelly donut and started working out and I didn’t realize how much the taxing physically the movie is. But once that was out of the way, where you weren’t tired, then you could focus on creating.

When’s the last time you cried?

I cry every time I leave my baby boy now. I have an 8-month old baby boy and I don’t cry because there’s anything wrong with him or whatever; I just cry because I just still can’t believe every time I look at him that he looks just like me. And he’s looking at me, and I’m like,  “Man, give me my ears back”, and he just smiles; I’m like, “Oh my god, this is the best thing ever” so that makes me cry.

God means to me – freedom. You know there’s a scripture that resonates to me til this day and freedom, meaning freedom of thought, you know. Freedom, not just the shackles physically off but mentally off and spiritually off, but the scripture that speaks to me is “He who the Son sets free, is free indeed” and I’m like, “OH!!”. It does it for me and so – freedom.

For all things David E. Talbert, follow him @DavidETalbert. 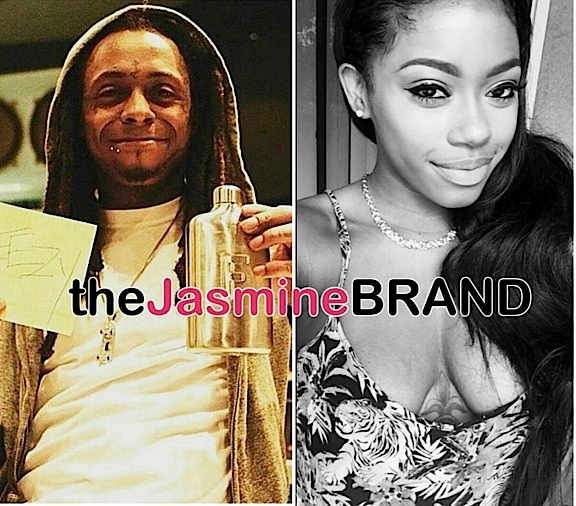 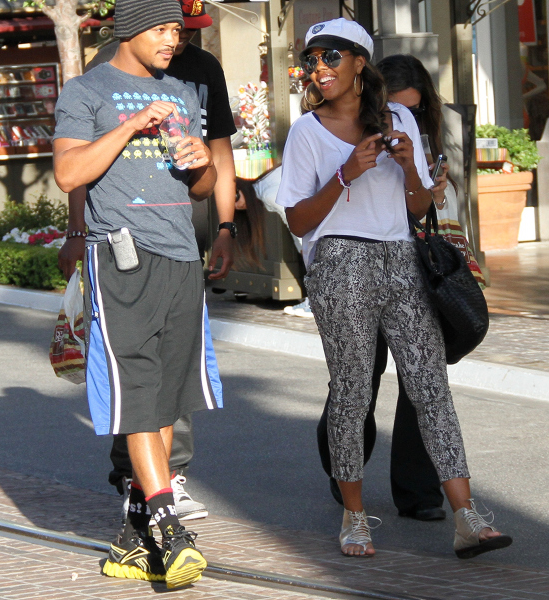 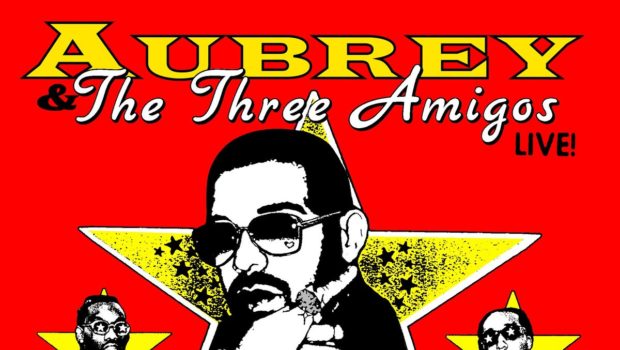 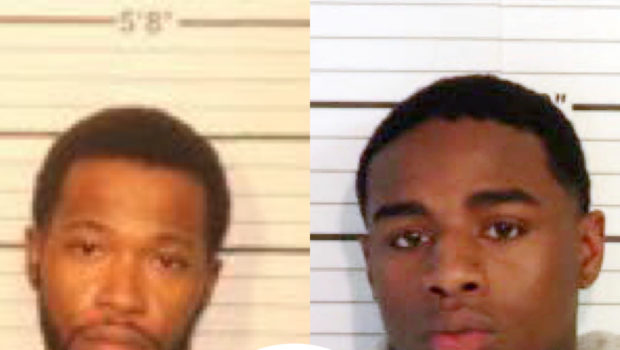