Trina Shares Cryptic Message On Anniversary Of Her ‘The One’ Album: I Worked Really Hard On This Project & It Hurt Me So Bad How I Was Betrayed & Taken Advantage Of

Trina is keeping it all the way transparent on the anniversary of her latest studio album.

“The One,” Trina’s sixth studio album, was officially released in 2019 and serves as her first studio album release in nine years. During a time when she should be celebrating, the Miami rapper reflected on the hardships she faced while creating the musical project. She captioned the saddened post,

“3 years ago today. I worked really hard on this project and it hurt me so bad how I was betrayed and taken advantage of. I rarely speak on things but this was suppose to be one of my happiest moments and it turned into one of my biggest pains. STILL… #TheOne.” 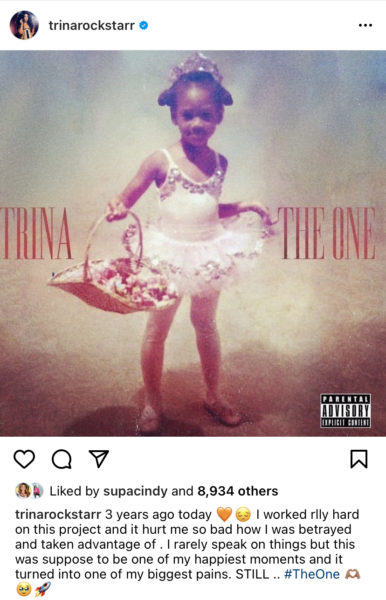 According to reports, the album included an all-star list of guest appearances, such as DJ Khaled, Nicki Minaj, 2 Chainz, Lil Wayne, K. Michelle, and more, yet it debuted on the Billboard 200 chart at No. 126.

As previously reported, “The One” was removed from the internet and streaming services without explanation around September 2019. According to Trina, her longtime business partner, Jullian Boothe, stole the money that was supposed to have been used for the budget for the project.

During an episode of “Love and Hip-Hop: Miami,” Trina spoke on what happened with the project and shared,

“After four years, we finished the album, finally. Then, my business partner Julian was given a $300,000 advance and he used it for his label which was supposed to be for me. Now, all of a sudden I’m getting cease and desist letters from producers that were never paid and my whole album was taken down off the internet.”

Reportedly, Trina also accused ex-manager Jullian Boothe of taking advantage of her while she was busy tending to her ill mother. She said,

“I can’t believe after so many years, somebody could be so triflin’. Physically I was there, mentally I wasn’t there.”

“I wasn’t double-checking everything that Julian was doing.”

What are your thoughts on Trina’s “The One” album? Let us know in the comments below!

T-Pain Reveals How Many Streams It Takes For Artists To Make A $1, Fans React To Napster Paying Artist The Most 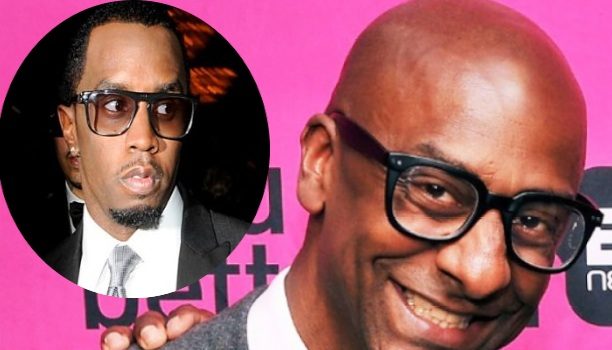 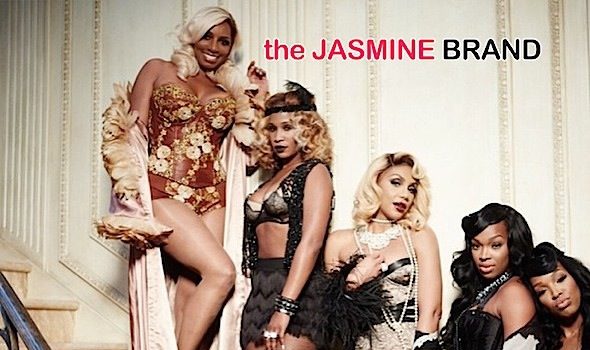