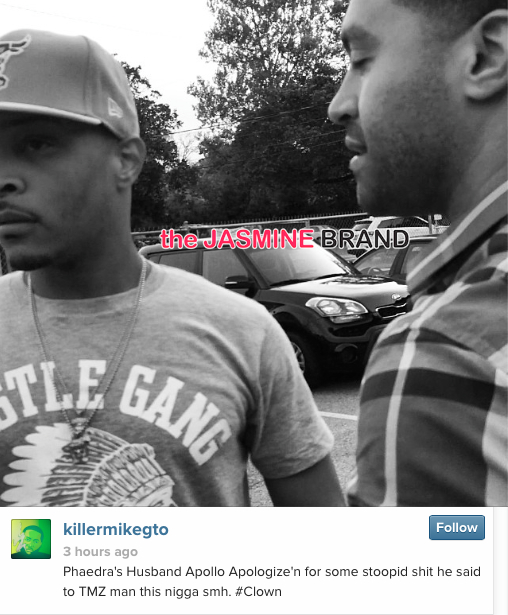 T.I. made it very clear to Apollo Nida that he doesn’t know him.

As you remember we revealed via TMZ that Apollo snagged a plea deal and with it, he’ll become an informant for the feds. Well yesterday the Real Husbands of Atlanta reality star tried to justify his snitching bargain by comparing it to T.I.’s and Michael Vick’s deal through a tweet (that has since been deleted). Big mistake because once the southern rapper caught wind of Apollo’s shady tweet, he caught up with him personally to rectify the situation.

Accompanied by his friend, Killer Mike, Tip story checked Pheadra Park’s hubby into admitting his major mistake on camera so there’s permanent witnesses of his clarification.

T.I.: Clarify it right now. Straighten it up because perception is reality, clarify it for the people.

And he did just that. Following his parking lot convo, Nida took to his twitter to clear up any confusion.

For the record I never said TI nor Mick Vick cooperated for there plea agreement. This was all taken out of context.

I respect both Them guys and looked up to them every since they started her career no homo. 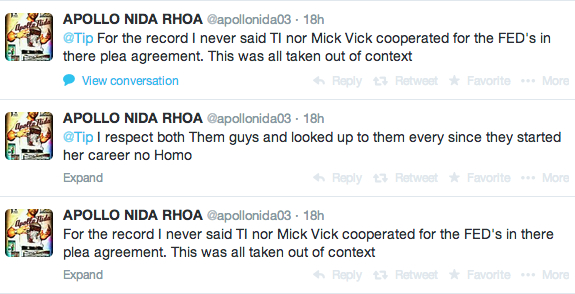 We know who won’t be name dropping Tiny’s man in the future. 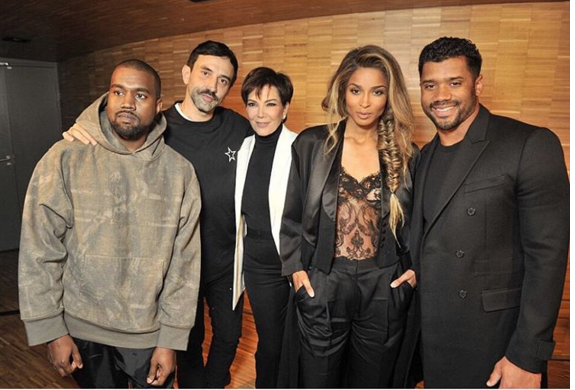 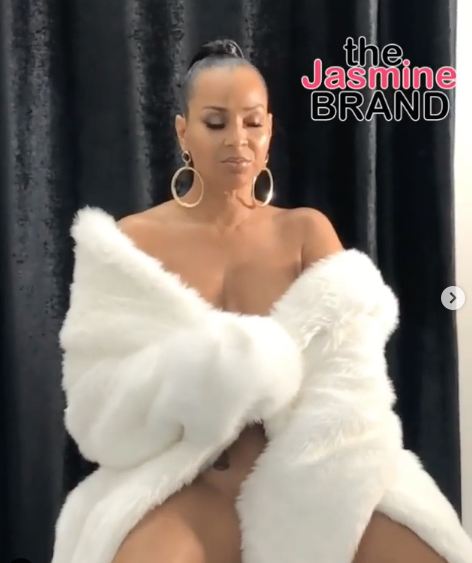 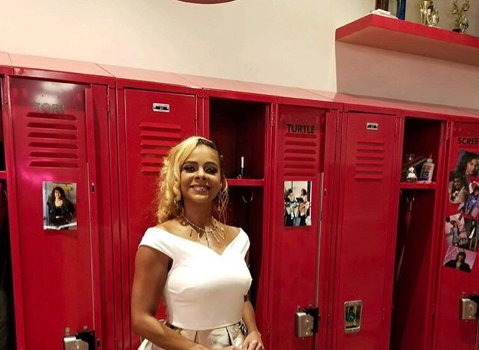 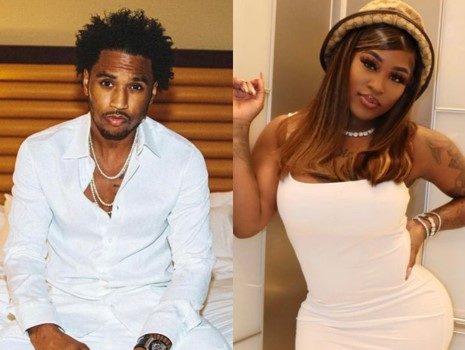