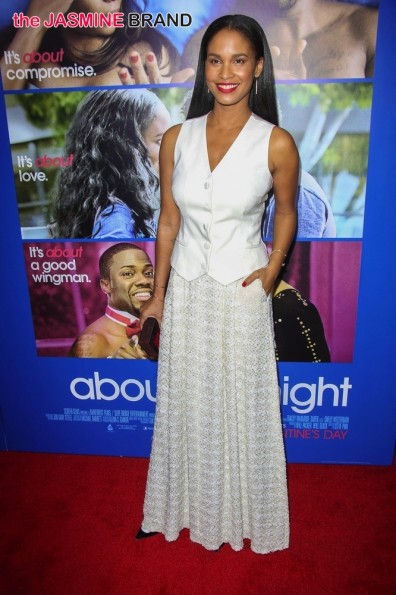 Parenthood isn’t for everyone and actress Joy Bryant is one of those people. In the latest Lenny Letter, the 41-year-old actress discusses why she doesn’t have the desire to have children and wants people to stop telling her to want to. Bryant has starred in films like “About Last Night” and “Welcome Home, Roscoe Jenkins” and portrayed a mother of three on the hit NBC show Parenthood, which ended after six seasons last year. Since then, she has stayed with her clothing line ‘Basic Terrain’ and currently stars in Amazon TV’s Good Girls Revolt. And while her career is a success, some seem to think she should have children. Peep her very candid letter below.

If one more person asks me if and when I’m going to have children, or tries to convince me that I should, or offers their unsolicited advice,

I’m going to politely tell them to mind their own business.

Notice I said politely, because while people have no problem being impolite, or insensitive, or invasive, or just straight-up rude, I, as the recipient, must keep my cool and either explain myself or gracefully defend myself. They’re lucky I’m a classy broad. I know people don’t mean any harm, but this really shouldn’t be an issue at all, because what I choose to do or not do with my womb should be of no concern to anyone but my husband. 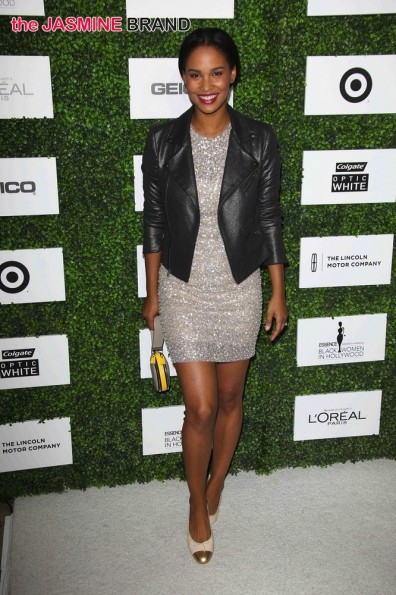 I’m going to say that one more time:

I don’t have the need to breed.

I wouldn’t be surprised by the anti-woman rants and actions of knuckle-dragging male conservatives who may judge my decision not to have kids. I am surprised, however, by people — often female people — who should know better than to question or comment on a woman’s choice, and my choice is not to procreate.

Those people say the darndest things.

“But you’ll have beautiful children!”

This one is the most ridiculous of all the reasons given to me, and it is also my personal favorite. So I should have kids just because they would possibly be beautiful (and, let’s not forget, smart and athletic)?

I should commit to one of the toughest jobs in the world, all for the sake of populating the planet with a super-human specimen of good breeding? No, thanks. I’m good.

But I guess I can’t blame them, right? I mean, they look at me and my tall, handsome stuntman husband and can’t wrap their brains around why we would purposely waste such prime eggs and sperm, the selfish people we are. I guess I’m the selfish one, because I refuse to be the vessel through which mankind is delivered from its mediocrity.

What year is this again?

“But you’ll be such a good mother!”

It took a lot of therapy and a deathbed reconciliation with my own mother to realize that she wasn’t the monster I made her out to be. She was just a human being who made shitty choices that deeply affected me. I wouldn’t be that kind of mother. My grandmother, on the other hand, was all sacrifice, putting the needs of her kids and then me ahead of her own, going without to make sure everyone had what they needed. She died of a broken heart. I wouldn’t be that kind of mother either. So on the scale of martyr to monster, I’d probably fall somewhere in the human range. I’d be a “good enough” mother. Still not a good enough reason for me to actually be someone’s mother. I’d be a good competitive eater, too, doesn’t mean I should.

“But you were such a good mom on Parenthood!”

I’m not a mother, but I’ve played one on screens big and small, five times to be exact. I popped my cherry on Get Rich or Die Tryin, had three kids on Parenthood, and am currently preggers on Good Girls Revolt. So, yeah, I’m an expert. The best thing about being a “parent” is I get to play mom for the day and, when the day is done, give the kid back and go home. How is that not awesome? I love kids though! OTHER people’s kids.

Playing mom didn’t make me want to be a mom. I don’t see how pretending to be someone would make you want to actually be that person or qualify you to be that person. I was a Navy gal in Antwone Fisher, but that didn’t make me want to enlist. And come on, people, this is Hollywood. There are plenty of “parents” who are shitty parents in real life. You think I was good at pretend mom? Thank you. That means I was good at my job. I’ll just take this one as a compliment.

“Just give him a baby already!”

This one really hurts, especially when it comes from the mouths of women who I thought knew better than to ever say anything like that to another woman. “Just give him a baby already,” because it’s just that simple. It doesn’t matter what I feel, want, or need, I should just give him a baby, like it’s a blow job. We are talking about a human being who should be wanted by the people who created her. Of course, that is not always the case, as there are way too many unwanted children in the world as well as happy accidents. But when a married couple is thinking about bringing life into the world, both partners should be on board.

I should just give him a blow job already.

“You don’t have much time!”

According to whose timeline? Apparently that of the male director I worked with who felt the need to inform me of this. That big biological clock you see dangling from my neck ran out of batteries a long time ago; the rope from which it hangs has loosened its grip. I rock this clock for fashion, not function. And yet I still know what time it is. Stop clocking me.

Other than air, food, and shelter, what’s good for you is not necessarily what’s good for me. Your life goals are not the same as mine. And in the immortal words of the poet Jay Z, what you eat don’t make me shit.

Motherhood, in all its beautiful significance, is a job I do not want. It doesn’t matter how great my résumé is or how many glowing recommendations I receive. I don’t need to be a mother in order to be fulfilled in my life. I am choosing to put my life energies into pursuing all that my heart desires: designing clothes, writing, traveling, developing projects to produce. One of those projects just might feature a woman who is not afraid to make unpopular choices.

Choice. Isn’t that what we’re fighting for? Having the choice, the freedom to decide how we want to live our lives? Not too long ago, we didn’t have that choice, that freedom to say, “I want something different than what’s expected of me,” and then act on it. The women who did were rebels or outcasts. Society dictated a woman’s existence, stripped her of her agency, told her to sit down and be quiet, to put everyone’s needs ahead of her own because her life was not her own, that she could only see the world through the eyes of a man, that she was useless if she didn’t bring life into this world. Her purpose was not of her own making.

While the lives and livelihood of women are still under assault, we have come so far and accomplished so much. We don’t have to be automatic breeders. My womb doesn’t belong to the world. It doesn’t even belong to my husband. It is mine and mine alone, and my womb should be free to live life as MY nature intended. And if that doesn’t include a child, that’s OK, because I’ve got plenty of love to give, and plenty of plans to help make the world a better place through something other than my offspring.

On Sunday I went to my favorite hot-dog spot. The lovely owner asked with a big grin, “When are you having babies? They’d be so beautiful!” This again. It’s never gonna stop. I couldn’t help laughing. No point in hitting her with my breed screed. I asked her if she had any kids of her own. “I have one.” And I could tell by the look on her face that “one” was the greatest thing in the world to her. “I’m not having kids. Not my thing,” I said as I handed her my money. She looked at me for a moment, then waved me off: “It’s on me.” I took my free hot dog and scooted off into the sunset. To each her own. 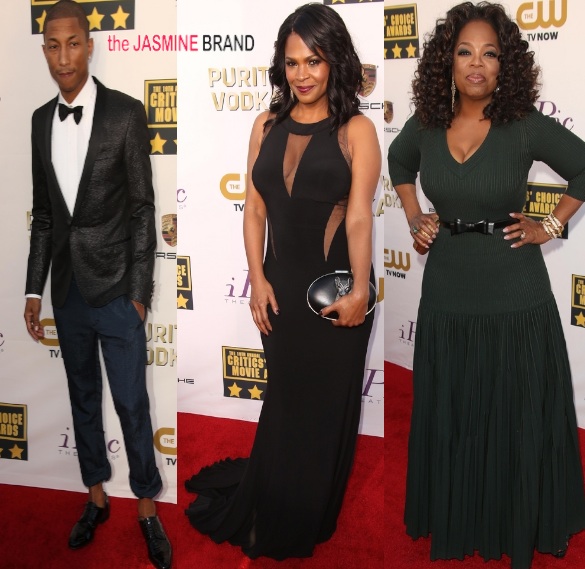 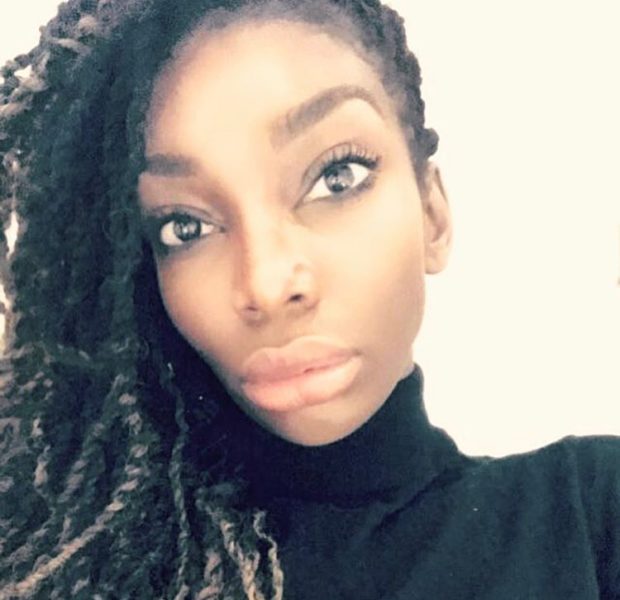 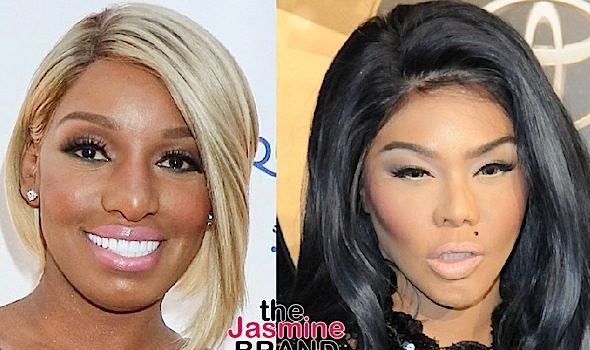 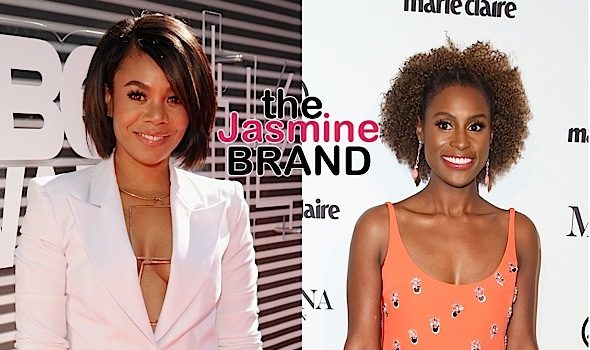