It appears that Lil Wayne is done with music. Early Saturday morning, the 33-year-old rapper tweeted:

I AM NOW DEFENSELESS AND mentally DEFEATED & I leave gracefully and thankful I luh my fanz but I’m dun ain’t lookin for sympathy, just serenity I’m good y’all don’t trip 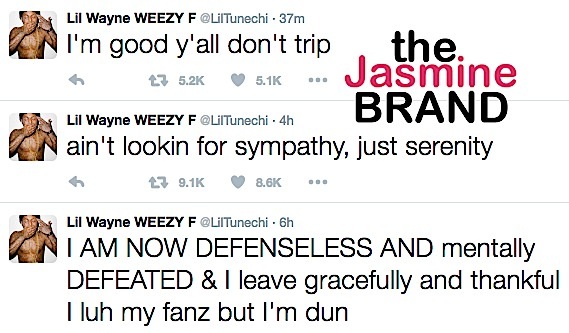 Wayne has yet to provide further detail about what triggered his announcement. It is speculated that his legal dispute with Birdman and Cash Money may be the cause for him making this decision. [ Wayne sued Birdman — the CEO of his label Cash Money Records — for $51 million.]

On Friday afternoon, Miami police were called to his home after receiving reports of a shooting. The situation turned out to be a hoax. Wayne tweeted,

Luv to the miami PD for always being alert, attentive, & appropriate. Thk u 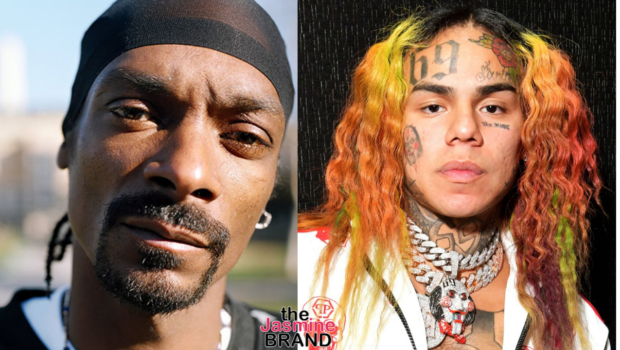 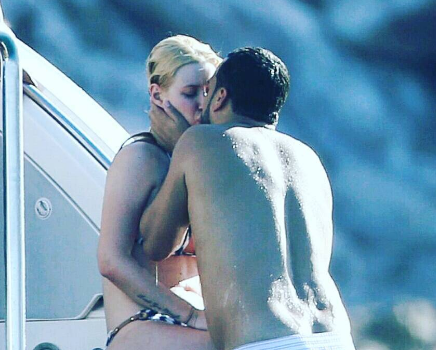