theJasmineBRAND exclusively reports, Claudia Jordan is opening up about why she’s filing a restraining order against a former friend and business associate. Claudia filed for a temporary restraining order against Kimberly Kearney (aka Poprah). Poprah was a cast member on Sean ‘Diddy’ Combs 2008 reality show, “I Want to Work for Diddy”. The former Real Housewives of Atlanta star tells us exclusively what triggered her to take legal action. She says,

I was really hoping this would fly under the radar – I just want her to stop slandering me, stop talking to me, about me and not to approach me and threaten me at events. I’m starting to really be concerned about her mental health with her erratic behavior.

Claudia also says that she and Poprah haven’t been in contact for quite some time,

I haven’t dealt with her in 3 years, so for her to come out of no where with this behavior was something I had to take seriously. She attempted to make a scene at the Image Awards and I refused to engaged.

I was embarrassed FOR her.

Claudia, who recently landed a talk show gig with Michael Eric Dyson, says that one of her friends had to intervene, to prevent the incident from escalating,

It was at an official after party. My friend had to tell her to walk away from me and calm down when I refused to engage and Poprah wouldn’t leave us alone – because she’s coming off ‘crazy’ breathing all hard.

No further details about the restraining order have been released.

Comedian Roy Wood Jr – I Was Chased Out of Houston By J.Prince! 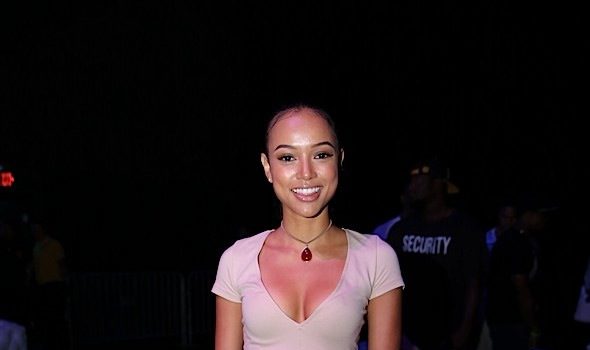