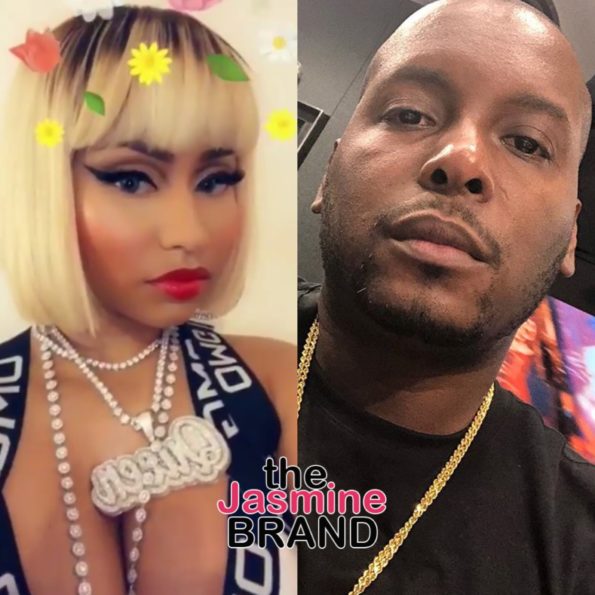 Rap queen Nicki Minaj and Power 105.1 DJ/Love and Hip Hop star DJ Self went at it on social media this week. Their beef is reportedly over Self attempting to bait Nicki Minaj into disrespecting fellow rapper Cardi B during a recent interview with DJ Clue. Nicki explained the incident in her now-deleted tweets. She told a fan,

“He’s mad cuz I refused to give him a drop or a hug. He was just up there dissin the btch thinking that would make me fuk wit him. Lmao. Jokes on you once again dummy. Passed up on ya meal tkt now u get crumbs from her table. Ur a reality tv hoe. Used to be a respected DJ.”

Nicki went on to say:

“Where my hug face ass nigga. Dissin another female rapper won’t me like you. You hold no weight in this city. Nigga look @ ya roster. I did Clue show & he was up there looking like a sad kid. Asking for a drop trying to get a hug. I won’t give you a drop, ur not a Dj HOE.”

#NickiMinaj says #DJSelf tried to diss female rappers to get on her good side and when that didn’t work, now he’s dissing her ***SWIPE***

DJ Self and his protege Mariah Lynn eventually responded with the following now-deleted Instagram posts:

Breakfast Club host DJ Envy has chosen to defend his fellow Power 105 co-worker. He feels that Nicki’s implied twitter threats were the last straw. While on air, he commented:

“Nicki can have her opinion on Self. Self can have his opinion on Nicki, but when you start saying ‘I got hungry ni**as that’s gone come up there,’ that’s a problem.”

“I’m hoping Nicki didn’t mean it that way and knowing Nicki she probably didn’t. But if she meant it that way, you damn right and every DJ on this station better stop playing her music.”

@djself addressed the full situation with @nickiminaj.. For the full video hit the (link in bio) 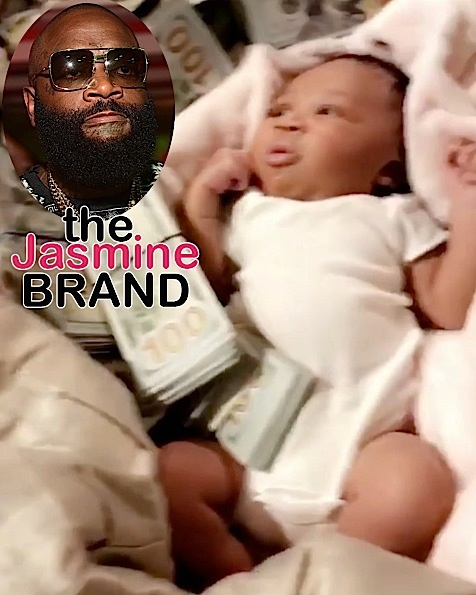 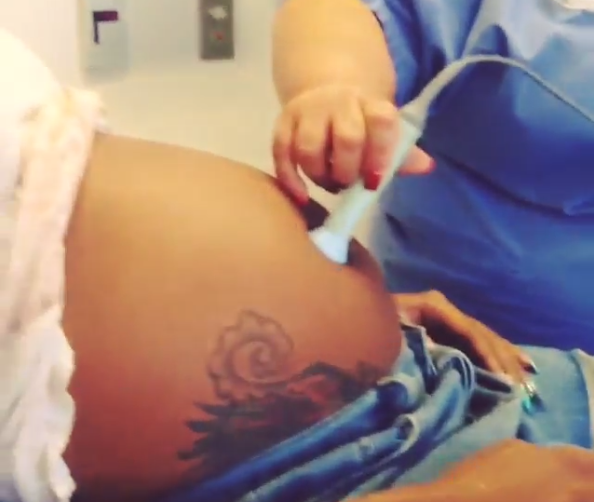 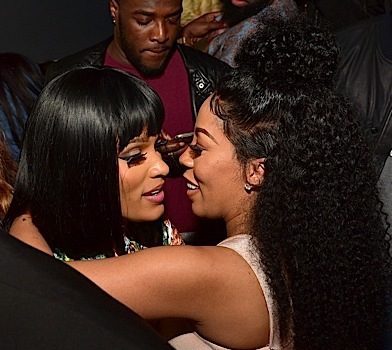